The limited series — which is based on Big Little Lies author Liane Moriarty’s book of the same name — takes place at a swanky health and wellness resort where nine frazzled city dwellers “try to get on a path to a better way of living,” according to the official synopsis. Watching over them is Kidman’s Masha, “a woman on a mission to reinvigorate their tired minds and bodies.”

Good Morning America was first to air the two-and-a-half minute spot Thursday, which shows Masha’s clients — played by the likes of Melissa McCarthy (Mike & Molly), Michael Shannon (Boardwalk Empire), Luke Evans (The Alienist), Bobby Cannavale (Homecoming), Regina Hall (Black Monday) and Samara Weaving (SMILF) — as they lie in grave-sized holes they’ve dug for themselves… presumably to decompress, not to be buried alive. (It’s no wonder McCarthy’s character asks, “Is Masha bats–t, or is she the real deal?”)

Press PLAY on the video above for a glimpse at Nine Perfect Strangers, then hit the comments and let us know if you’ll be adding it to your Hulu watchlist. 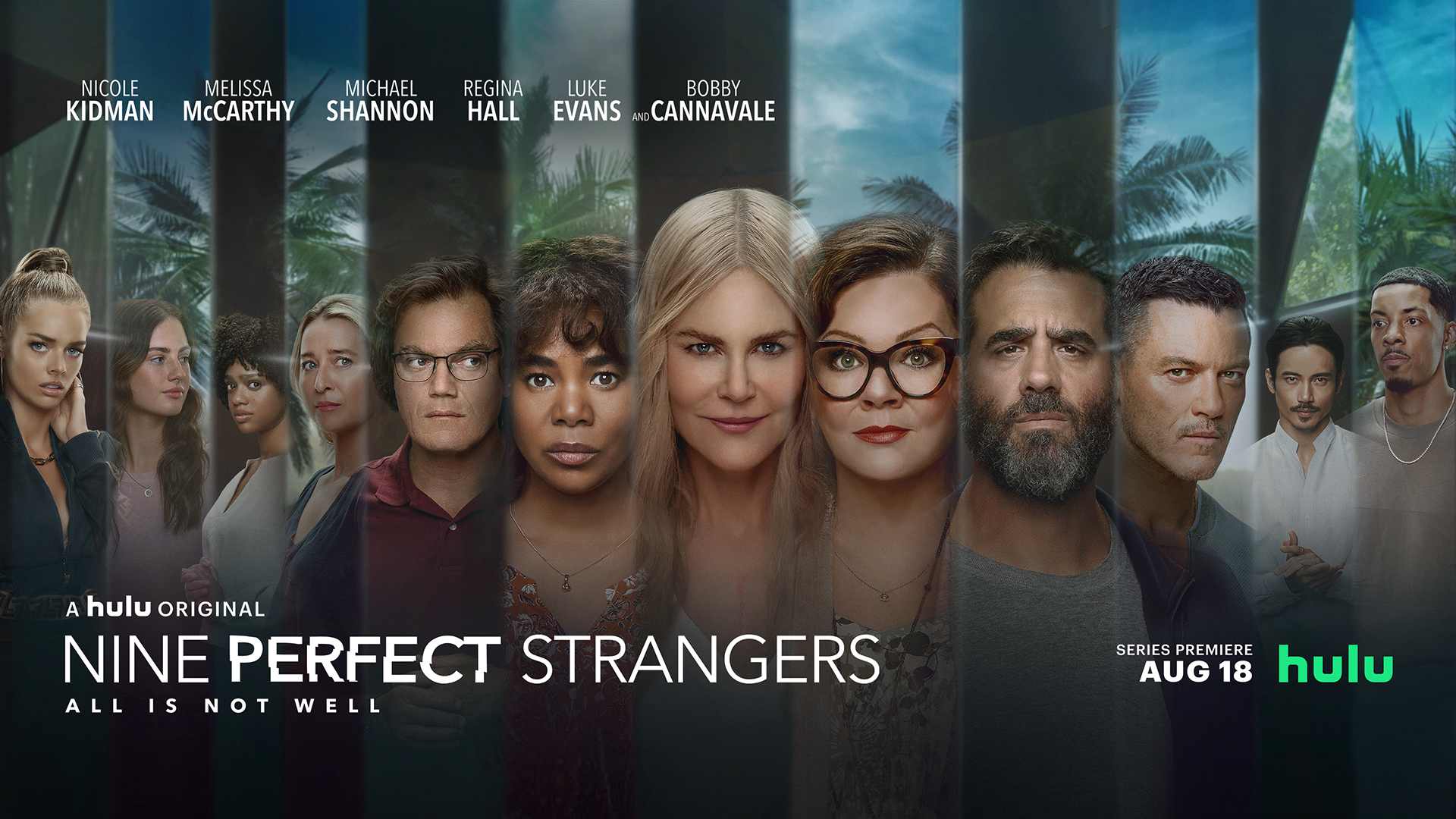