We’ve got questions, and you’ve (maybe) got answers! With another week of TV gone by, we’re lobbing queries left and right about dozens of shows including Master of None, NCIS: Los Angeles, Chicago Fire and The Handmaid’s Tale!

1 | Is one of SNL Season 46’s legacies that it made some very questionable calls about which sketches to “cut for time”? Such as Anya Taylor-Joy being pitched wonderfully absurd Queen’s Gambit sketch ideas?

2 | Did you get oddly emotional seeing the Evil gang again in the first Season 2 trailer?

3 | Master of None fans, are you checking your health insurance to see if you can have the wonderfully kind Cordelia as your nurse, too?

4 | Is it a tad convenient that Pose‘s Elektra has suddenly become ridiculously wealthy and can now shower the gang with cash and gifts in the final episodes? And did Elektra also just coin the word “monumentous”?

5 | Will Mo’s latest scheme on Black Monday work, or will he wind up losing his record label to Larry Leighman? And there’s no chance Blair is actually dead, right? 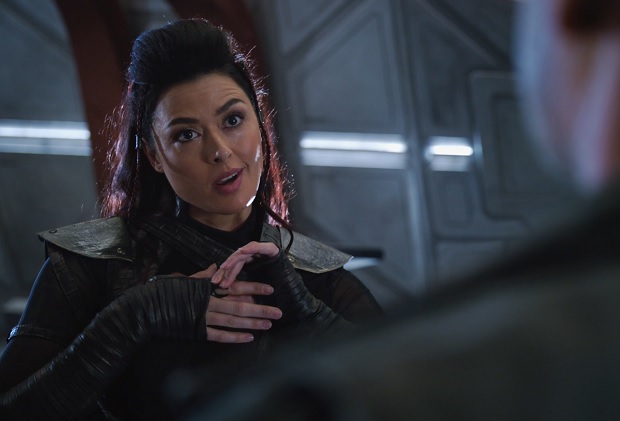 6 | Legends of Tomorrow fans, which Canadian-shot series did you recognize Kayla (played by Aliyah O’Brien) from? (For us, it was Rookie Blue, where she was Gail’s girlfriend Holly.)

7 | How did The Equalizer‘s Delilah see how her mom accessed her secret room, if she was hiding in the back of the SUV beneath the cargo cover? And will the surviving cartel members come after Robyn now?

8 | Did you have faith that NCIS: Los Angeles‘ season finale would in fact end with that happy montage, or did you dread some last-second drop of a trademark, traumatic cliffhanger?

9 | Is the music one of the things you’ll miss most about NCIS: New Orleans?

11 | Why couldn’t All Rise‘s Sara be at Lola and Robin’s vow renewal in-person? And did the series really forget to tell us whether Lisa and Georgia got engaged?

12 | The Good Doctor‘s Lea can fix classic cars, take down cyber terrorists and perform foot surgery (with no medical training whatsoever!) — is there anything Shaun’s girlfriend can’t do? And while we get that Glassman struggles with compromise, would not wanting a gun in his house really be the issue that convinces Debbie that their marriage is over? (And how awkward must it have been for real-life marrieds Richard Schiff and Sheila Kelley to shoot that break-up scene?)

13 | Even though the CW doesn’t plan to pick up Black Lightning‘s Painkiller spinoff, are you still holding out hope that we will see Khalil and/or the Pierces again on somebody’s network or streaming service? 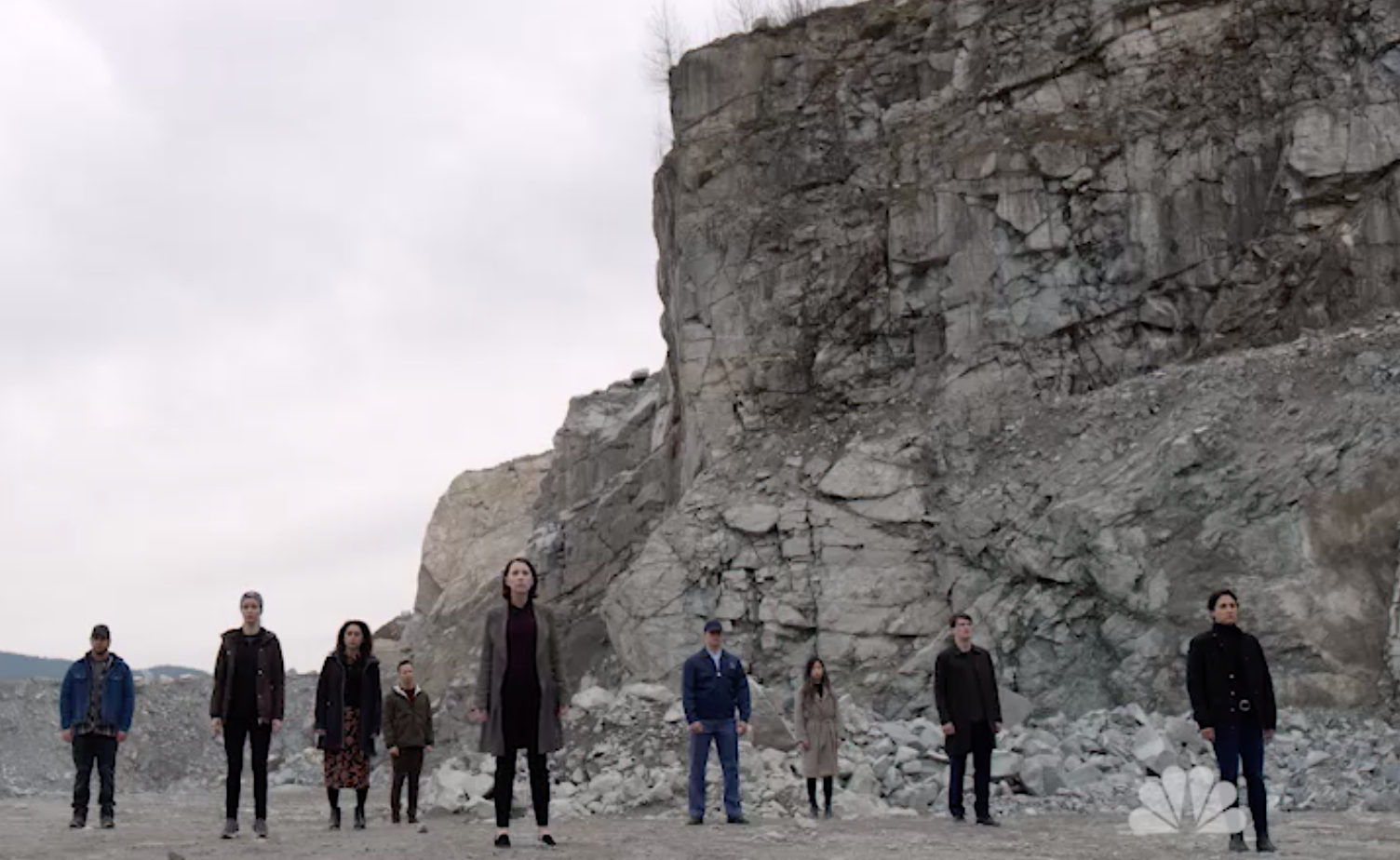 14 | If you’re in the Debris/Arrowverse Venn diagram, did it distract you that the people gathered at the site of the “Crisis on Infinite Earths” showdown (aka the Pitt River quarries)?

15 | Since The Voice‘s Block button kept runner-up Kenzie Wheeler from being recruited by coach Blake Shelton — thus improving his chances of winning with his fellow country singer’s huge voting bloc — is it time to retire the feature?

16 | Wasn’t it weird on This Is Us that the announcer on Rebecca’s Dynasty VHS called the episode the season finale… given that we didn’t learn who died in the Moldavian Massacre until the Season 6 premiere? (And that was definitely the episode in question, given how Jack spoiled Rebecca.) 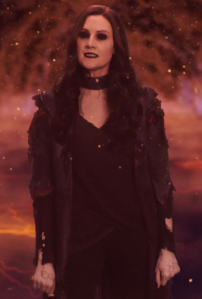 17 | Was the cringiest thing about The Flash‘s “forces” arc the way Bashir and Nora (played by fortysomething actors!) et al were repeatedly referred to as Barry and Iris’ “children,” or that Barry’s “mom” went Goth in the end? Also, Frost’s grand incarceration story is over just like that?

18 | On The Handmaid’s Tale, of all the colors of bathrobe the hotel could’ve provided for June, did they have to pick red?!

19 | For non-Masked Singer viewers, which news is harder for you to swallow — that Nick Lachey beat JoJo in a singing contest, or that he’s been letting people call him “Piglet” for the last three months?

20 | Was it a small wonder that S.W.A.T.‘s “bad cops” storyline didn’t end with physical harm coming to Hondo, seeing as The Rookie‘s Jackson, Chicago P.D.’s Atwater and All Rise‘s Luke didn’t fare nearly so well? 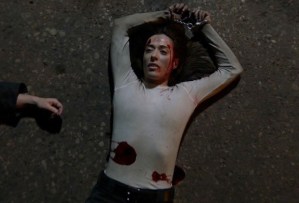 21 | Chicago Med fans, were you surprised by how little closure there was to April and Natalie’s storylines in the finale? Between Chicago Fire‘s Casey and Brett hook-up in the finale and last week’s Severide/Stella “celebration,” has the show been surprisingly steamy lately? And what are the odds that Capp hired that woman to pretend to be his girlfriend? Finally, how was Chicago P.D.‘s Burgess still alive after being shot twice in the abdomen and bleeding for hours?! And how do you feel about Voight reverting back to his old ways?

22 | Although it was sad, wasn’t it also perversely satisfying to see A Million Little Things‘ Katherine and Eddie yell the things at each other that they’ve swallowed for the past nearly-three seasons? Also, TVLine reader Mary emailed us to ask, “Why did Gary pour all that alcohol down the sink, instead of just taking it to Delilah’s house for others to enjoy? I know it made for a dramatic moment to show his concern for Eddie, but what a waste.”

23 | If The Bold Type‘s Jane is worried about crossing the line with her employee Scott, then maybe she shouldn’t have brought him inside her home at night? 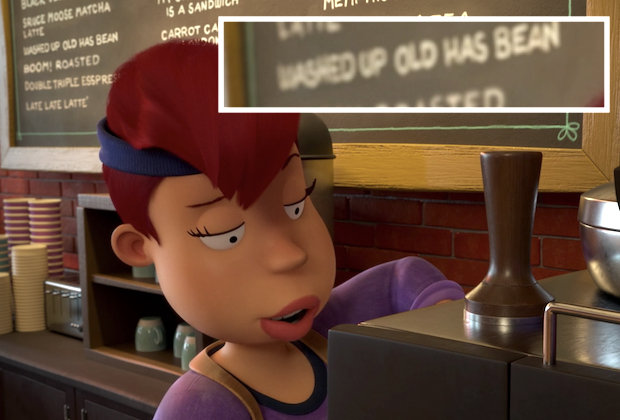 24 | Did any other Rugrats viewers get a good look at the menu inside Betty’s Beans? And how do we feel about Grandpa Lou’s makeover? The fanny pack, the braided ponytail… it’s all a bit much, right?

25 | Younger viewers, have you ever hated anyone in your entire life more than the waitress who interrupted Liza and Charles’ almost-kiss?

26 | As cute as Grey’s Anatomy‘s “Schmico” were in the beginning, was any fan not rooting for Levi to take a hard pass on Nico’s too little, too late efforts to reunite?

27 | How did Law & Order: OC‘s Wheatley so effortlessly slip away on a departing subway train, when the overt police action at the platform likely would have immediately halted service?

28 | Did the right person win The Challenge: All Stars, and did the final challenge seem just as difficult as one from the main series?