We’ve got questions, and you’ve (maybe) got answers! With another week of TV gone by, we’re lobbing queries left and right about dozens of shows including Chicago Med, Blue Bloods, The Nevers, MacGyver and American Idol!

1 | Which Doug Cheston was worse on Invincible? The drunken trust-fund version, or the killer automaton?

2 | On The Blacklist, wasn’t it a bit laughable that an entire police department — even the police department in a small, sleepy town — would just stand around and watch an intimidating pair of SUVs, likely containing dangerous criminals, surround their building? Without even drawing their guns at any point?

3 | If MacGyver has to end, can we at least get a spin-off about Riley and her merry band of young female hackers? 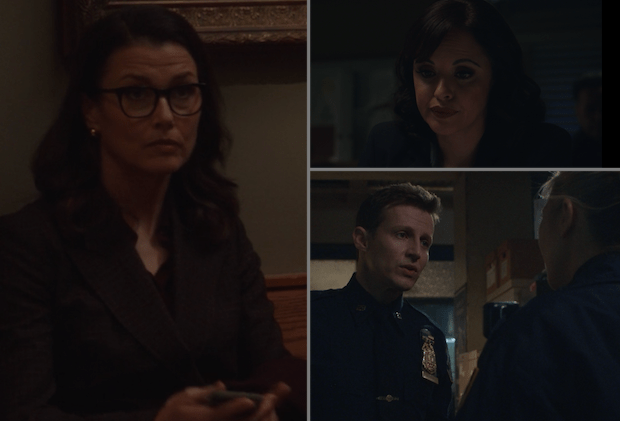 4 | Did CBS forget to pay Blue Bloods‘ electric bill, that so many of last week’s scenes were this underlit?

5 | On Good Girls, if Rio’s grandma loves John Grisham so much, how soon will she find the wiretap that Beth hid in her bookcase?

6 | While it was a solid joke to see The Rookie dispatch with “Bizarro World John Nolan” (played by Greg Grunberg) within a matter of seconds, was it just as much of a tease to have Katy O’Brian turn up as such an interesting boot… only to see her quit the LAPD after Day 1? (Oh, speaking of The Rookie (and its casting of “Bones”): When does Stana Katic guest-star on SEAL Team?)

7 | When American Idol‘s Lionel Richie said that “Over the Rainbow” was one of his favorite Disney songs, was it because he believes that The Wizard of Oz is a Disney movie? Or did he just forget that next week is Disney Week?

8 | Has Fear the Walking Dead‘s Morgan ever made a more boneheaded move than showing nemesis Virginia the location of his new, super-secret compound?

9 | Are you still haunted by the Italian woman’s fate on The Nevers? Us, too. 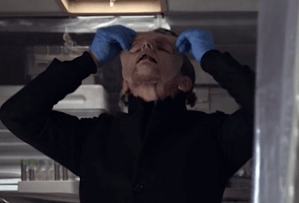 10 | What are the odds that Sebastian Roche would appear on two shows — Batwoman and now Debris — in which his character wore another person’s actual face as a skin mask?

11 | When Prodigal Son‘s Christian Borle (a two-time Tony Award winner) started singing to Catherine Zeta-Jones (another Tony winner), did you find yourself suddenly wishing the show would do a musical episode? 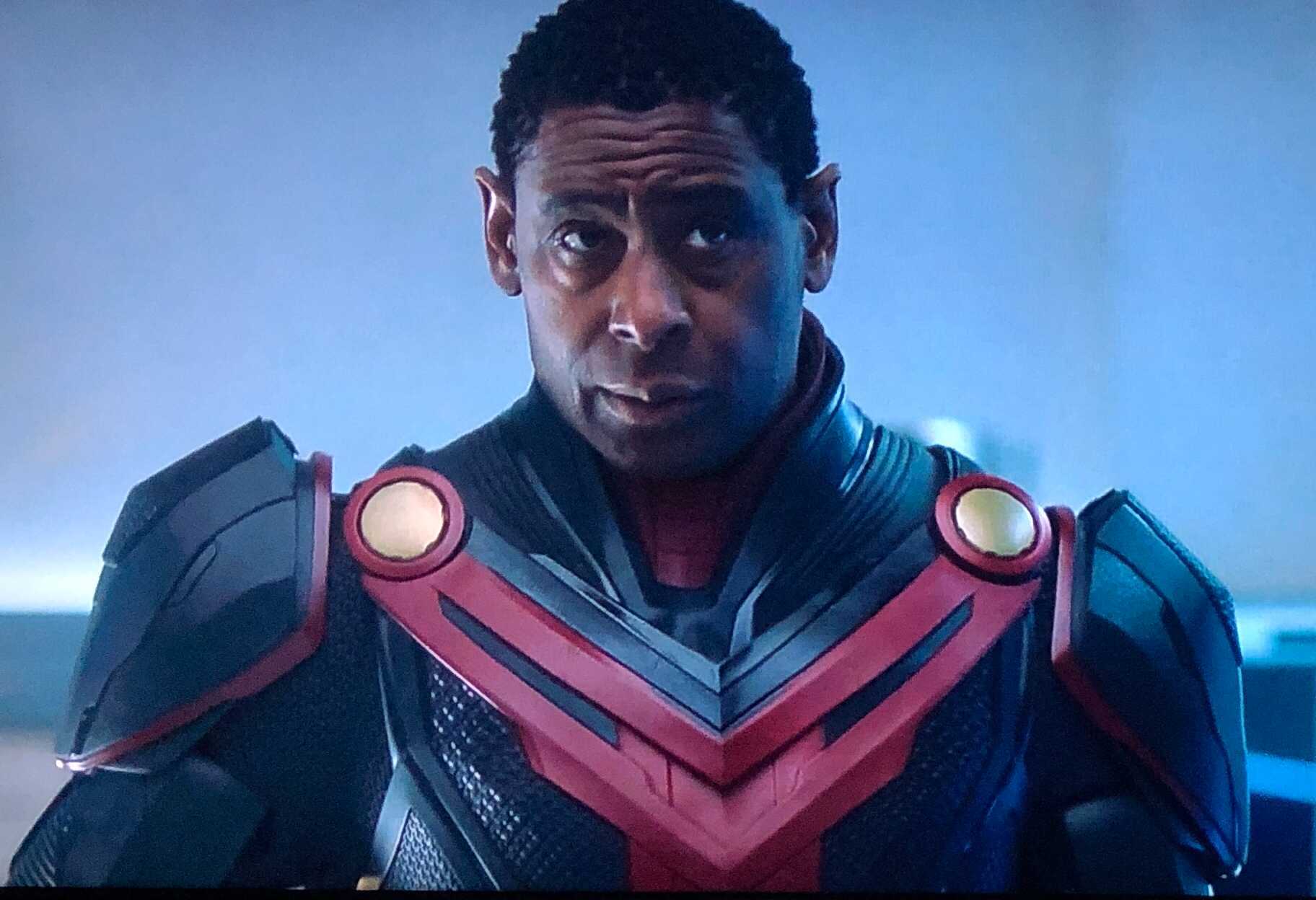 12 | Have we ever talked about how J’onn’s costume on Supergirl is just… a bit… much? Also, did Brainy’s constant snacking leave you hankering for donuts?

13 | Didn’t it feel like Queen Sugar‘s Aunt Vi might slap Hollywood with her dishtowel when he told her she needed to apologize to Ralph Angel?

14 | Did the premiere of Freeform’s ’90s-set Cruel Summer get Garbage’s “Stupid Girl” and The Cranberries’ “Zombie” stuck in your head? And who else had a traumatic flashback when they heard the sound of (ack!) dial-up Internet? 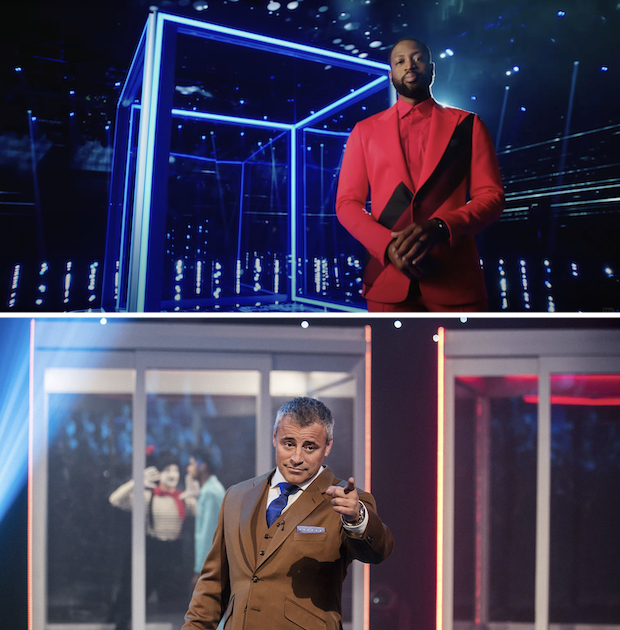 15 | Is the TBS game show The Cube just a reboot of Episodes‘ show-within-a-show The Box? Andy Button thinks so!

16 | Who else thinks that Chicago Med‘s Will Halstead should be single for a long time given his tragic record in the romance department?

17 | Are you surprised that it took Chicago Fire this long (nine seasons!) to tell a story about prison inmate firefighters?

18 | In Snowfall‘s Season 4 finale, did Franklin nod when Mel asked him to confess to killing her father… or did he give her a once over? 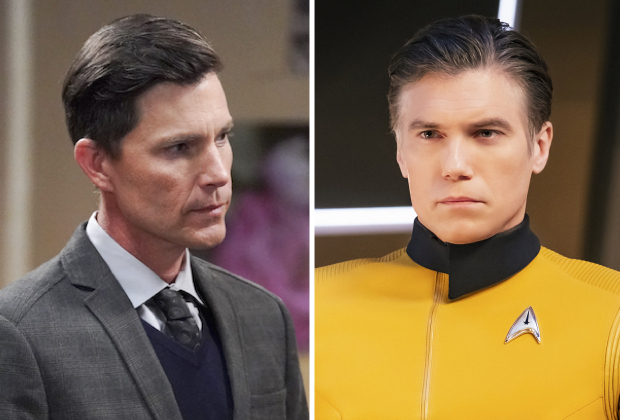 20 | Are any Challenge fans tired of seeing CT and Bananas win season after season? And what did you think about Fessy’s attitude and performance in the Double Agents finale?

21 | Can we pretend that Veronica Mars‘ Logan Echolls faked his death and is now undercover as SEAL Team‘s Lt. Cmdr. Whitshaw? And as unlikely as it is, do you wish Jason Dohring and Alona Tal’s characters could have a scene together for a mini-Mars reunion?

22 | As nice as it is to have Top Chef back, is it a little disappointing to not get the frantic grocery shopping scenes we’re used to, with the cheftestants now just calmly ordering ingredients for pickup on iPads?

24 | Did you have to laugh when Manifest’s Ben realized, “There’s something they’re not showing us!” — and this super-secret something was being hidden behind not one but two unlocked, unguarded doors? Also, who else out there is drawing the line at the Meth Heads now having callings on top of whatever we are calling Zeke’s “sensations”?

25 | Wasn’t the short, wordless moment in which Station 19‘s Dean approached Diane with his reaction to George Floyd’s murder even more powerful than the scenes in which characters articulated their feelings? 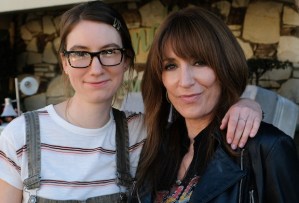