The stealthy and noteworthy bit of casting was revealed late Sunday night in a promo for The Rookie‘s next new episode, airing May 2 on ABC, in which Deschanel shows up as no less than the titular John Nolan’s ex-wife, Sarah. The reason for Sarah’s appearance? Her and John’s adult son Henry mysteriously collapsed during a visit to L.A. at the end of the April 18 episode, and is rushed to the hospital.

Deschanel and Fillion last shared the TV screen together as presenters at the 2010 Emmy Awards. 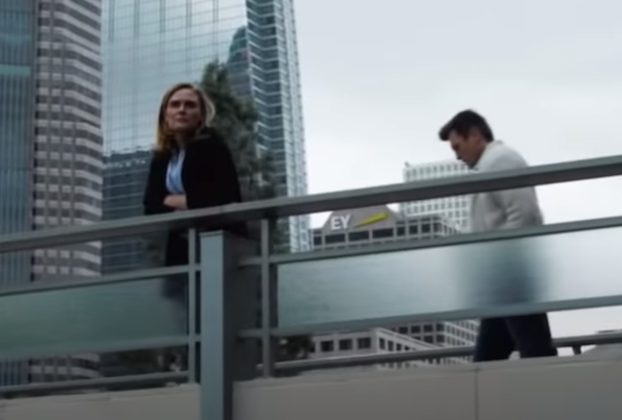 In The Rookie‘s October 2018 pilot episode, it was established that Sarah got pregnant with Henry while she and John were still in college; John promptly dropped out of college and started a construction business. Many years later, their marriage grew strained and they agreed to divorce as soon as Henry left for college.

In addition to her 12-season run as Bones‘ titular Temperance Brennan, Deschanel’s TV credits include an arc on Animal Kingdom, some voice work and a couple of episodes of Drunk History.