Is Chicago Fire‘s Brett mulling a getaway? Is All American ready for some (more, actual) football? Who on The Resident is planning a secret [spoiler]? Read on for answers to those questions plus teases from other shows! (Email any new Qs to InsideLine@tvline.com.)

Anything you can share about what’s in store for Chicago Fire‘s Brett? —Sue
Showrunner Derek Haas tells Inside Line that in the near future, Kara Killmer’s paramedic is going to find herself “stuck between a rock and a ski trip.”

Will we see more Kylie (played by Katelynn Shennett) on Chicago Fire? We love her. –Christine
“We love her, too, and yes, she is now a part of Firehouse 51,” says Derek Haas. “You will be seeing her very soon when she helps Stella (Miranda Rae Mayo) through an intense situation.” 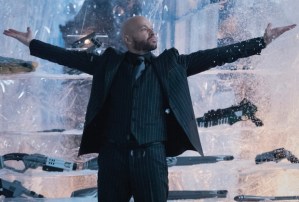 Has Jon Cryer been upgraded to series regular on Supergirl? –Brian
Though Cryer is not a series regular for the CW drama’s farewell run, I am hearing that, following a brief, upcoming absence, Lex will again loom large in the back half of the season.

Season 3 of All American (returning April 12) has been drama-filled. Do you have any scoop on when football will be coming back, or when we’ll see characters planning their college futures? –Nia
Showrunner Nkechi Okoro Carroll promises that “football games come back with a bang in Episode 10 (airing April 19), with tension-filled homecoming games at both schools.” As for the second part of your Q, the EP says that the kids’ futures, “both college and otherwise, will take on an even greater role in the back half of the season.”

Anything new on this season’s remaining SEAL Team episodes? –JC
If this Jason Dohring news Echolled your metaphorical Logan, I can report that his Lt. Cmdr. Alex Whitshaw will first appear in the April 21 episode. 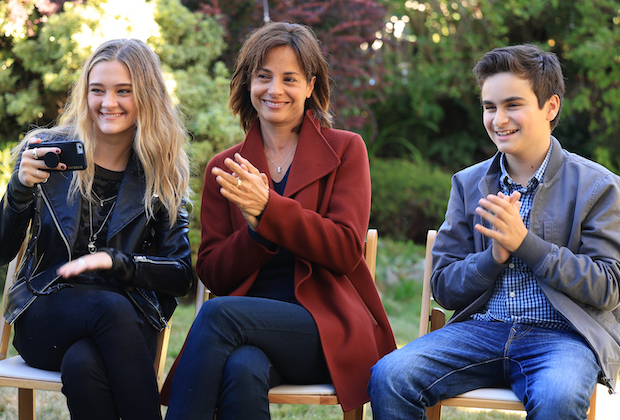 Any scoop on A Million Little Things? –Liz
We checked in on the whereabouts of Stephanie Szostak’s Delilah, who has been off-camera for about a half-dozen straight episodes, and showrunner DJ Nash said this: “Like many people who are caught between taking care of their kids and their older parents who now need them, Delilah now finds herself in this situation during the worst possible time. She needs to be in France to be near her father, who has dementia, but she also wants to be near her kids, who as we’ll see are going through so much. How this plays out, we will leave it for the fans to see.” Bonus scoop: There’s an interesting twist this Wednesday (new time slot alert!), and not of the medical sort, when Jamie joins Maggie for her latest doctor visit….

I am loving The Resident this season! Any scoop on when we might see baby girl Hawkins Nevin? –Amanda
“Nic and Conrad’s baby girl is due at any minute, so get ready for that,” co-showrunner Peter Elkoff says ahead of the Fox drama’s spring premiere (on April 13). He also teases “big romance news, a secret wedding, and a major heartbreak moment coming up when the show returns; tissues will be required. As if that’s not enough—…” Actually, I’ll save Elkoff’s final reveal for a later column; it seems like a biggie.

I’m very excited that Miss Scarlet & the Duke is coming back for another season. Will there be more than six episodes (I hope)? –Tabitha
I can confirm that Season 2 of the Alibi/PBS Masterpiece crime drama, which goes into production this summer, will be another six episodes. 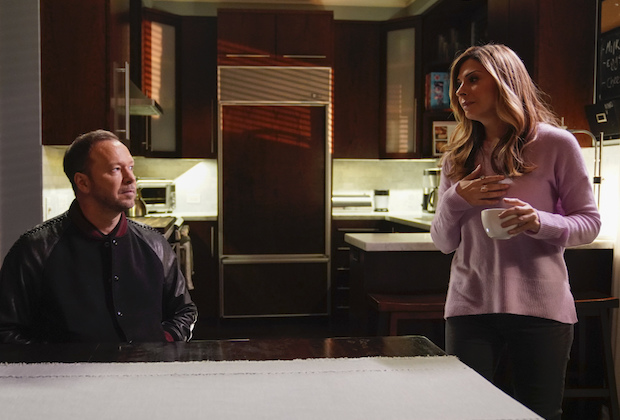 Will Callie Thorne return to Blue Bloods as Maggie the psychic? I really liked her vibes with Danny, and I would love to see her as his new love interest. –Doris
I have looked into mine own crystal ball, and although Callie Thorne is putting in an NCIS: New Orleans encore (during that CBS drama’s farewell season), Maggie is not due to pop back up on Blue Bloods this season.

I’m loving Debris (Mondays on NBC), though it seems like neither team is on the same page about information. Will Finola and Bryan come to a realization that they should come together and share info they receive? –Roy
I relayed your inquiry to showrunner J.H. Wyman, and he wrote back, “Hi Roy! First of all, thank you so much for watching Debris; it is very much appreciated. The answer to your question is ‘very soon,’ in a ‘very unexpected way.’ Let’s just say… ‘The truth WILL be out there.’ All the best! JHW.”

Any Roswell, New Mexico Season 3 info yet? –M
We still know very little about the CW drama’s upcoming third season (including when it will even premiere), but we can confirm that someone will receive an earth-shattering message from an ethereal, yet somehow battle-hardened woman named Emilia who has traveled a great distance to relay this important information.

I really enjoyed the first two seasons of Songland. It’s interesting to be able to see the behind-the-scenes process of putting a song together.  Is there any chance of a Season 3? –Lisa
I asked around, and no decision has yet been made on the NBC series, which aired its second season in Spring 2020. 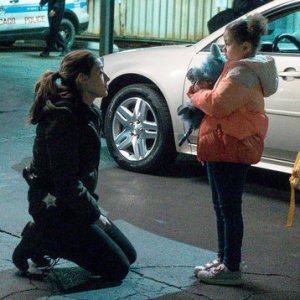 Will it be difficult for Chicago P.D.‘s Burgess to deal with the job and the responsibility she has with Makayla now? –Ana
We ran your Q by Patrick John Flueger, who of course plays Burgess’ special someone Ruzek, and he is of the mind that “if anybody can do it, Burgess can. She’s the ‘A’ student. Everything she does, she gives 120 percent.”

Any updates on the animated X-Files: Albuquerque? Is it still in the works at Fox? –Justin
It is!

If you want the Inside Line on a favorite show, email InsideLine@tvline.com! Questions left in Comments will not be read and may count against your final score. (With additional reporting by Vlada Gelman, Kim Roots and Keisha Hatchett)