We’ve got questions, and you’ve (maybe) got answers! With another week of TV gone by, we’re lobbing queries left and right about shows including Batwoman, This Is Us, SEAL Team, American Idol and Grey’s Anatomy!

1 | What did the Wynonna Earp writers know and when did they know it, that last week’s cannibalism-tinged episode had an Armie Hammer reference in it? 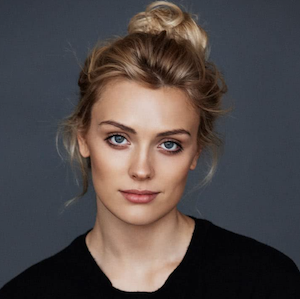 3 | Why did no Batwoman character think to go grab a few Desert Rose plants before they all (…slowly, eventually…) burned? And yeah, Krypton‘s Wallis Day makes a pretty good Kate Kane… but wouldn’t she also make a perfect double for Orange Is the New Black‘s Taylor Schilling?

4 | What are the chances that NBC schedules Nicholas Gonzalez’s La Brea Mondays at 10 — its go-to destination for genre fare — opposite his former show The Good Doctor?

5 | So Jamie Foxx — who at age 53 is one year younger than the real Mike Tyson — is going to play the boxing champ in a new limited series, when Tyson first won the belt at age 20?

6 | Given how rain-drenched a typical Debris scene is, did it make sense they’d do an episode about (evil) rain? 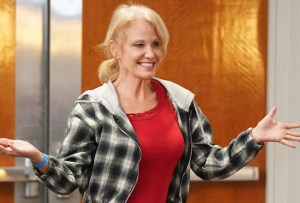 7 | On a scale from 1 to Literal Rotting Corpse, how old did you feel watching multiple American Idol contestants fail to identify Ryan Phillippe, even by his photo? And as relieved as we are that Kellyanne Conway’s days on the show are over, what are the odds that she turns up on The Masked Singer or some other nonsense parade down the line?

8 | Did your mind explode to see Junkyard Dog make a “state-of-the-art,” three-way call on Young Rock? (The call later turned into a five-way, thanks to the Wild Samoans, Muscle Man Randy Savage and Andre the Giant.) Also, we know the episodes are airing out of order, but Dwayne “The Rock” Johnson already made Rosario Dawson’s character his running mate, right? 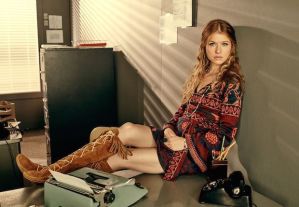 9 | Was any moment on TV this week more heartbreaking than This Is Us‘ Nicky dropping his handmade (!) snow globes? Is it OK that in our head canon at least, Genevieve Angelson’s Sally is the twin sister of Patti from Amazon’s 1969-set Good Girls Revolt? And between This Is Us, Shameless and For All Mankind, does it feel like Scott Michael Campbell is everywhere?

10 | Does it feel like Superman & Lois‘ fire department is busier than Chicago Fire‘s? 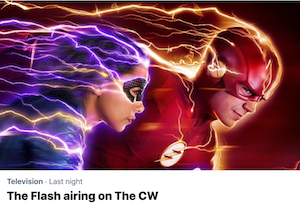 11 | Coming off the intense Mirrorverse arc, is The Flash still failing to “read the room”? Like, why delight us with a (very well-acted) detente between Flash and Abra Kadabra only to… well, you know? Have Iris and Joe had even half of a meaningful father/daughter scene since her escape from the Mirrorverse (and his stint in WITSEC)? Wouldn’t Allegra’s time be better spent be at the Citizen getting any content onto the site, given their massive drop in traffic??  And when is Twitter planning to update this years-old “Trending” image (above)?

12 | As heartbroken as we were for Mayans MC‘s Coco when he broke a childhood promise he’d made to his mother, did the show expect us to forget that he also brutally murdered his mom back in Season 1? 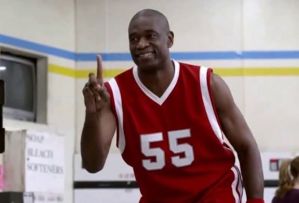 13 | What has compelled Geico to start running this Dikembe Mutombo commercial from 2013 constantly again? (Anytime, it’s on all the time.)

14 | Is it a big ol’ coincidence that Ellen DeGeneres used Wednesday’s monologue to thank her staff, less than 48 hours after a New York Times article noted the show has shed 43 percent of its audience since those toxic workplace allegations surfaced?

15 | Wasn’t it a bit of a stretch for The Conners‘ Darlene to assume that she was the one who exposed Louise to coronavirus — and for everyone, including Dan, to blame her, without discussing who else Louise might have seen in the days leading up to her positive test? And which of Dan’s friends died and left him that vintage RV?

16 | Given Nicole Scherzinger’s guess of Brian McKnight as The Masked Singer‘s Robopine, are we to believe the judges have zero knowledge of which celebs just appeared on spinoff The Masked Dancer (where McKnight was revealed to be Cricket)? And did Raccoon’s love for Jenny McCarthy cross into creepy territory, or nah? 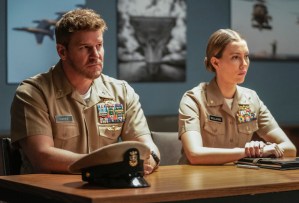 17 | Were you a bit disappointed that SEAL Team‘s Lt. Cmdr. Williams went from, “Negative! I will call you Master Chief! Because this is the U.S. Navy!” to more warmly calling her client “Jason,” and with just a hint of doe eyes?

18 | Is Riverdale‘s Betty going to get kicked out of the FBI trainee program, now that she tied up a man, beat him, threatened to shoot him, and left him alone in the woods? And should actor Logan Lerman be flattered or concerned that the show introduced a character named “Lerman Logan”? 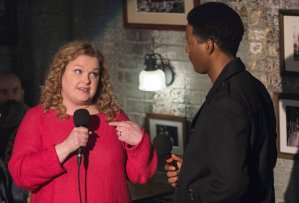 19 | How great was it to see Resident Alien‘s Deputy Liv and Sheriff Mike squash their drama with a pair of karaoke mics? And do you think Mike has the right suspect in custody? If not, who do you think killed Sam?

20 | OK, the Superstore series finale…. Did you gasp when [Spoiler] was revealed as the culprit behind the severed feet? Did you recognize series creator Justin Spitzer as Glenn’s last customer, or the menstrual cups lady from the series’ very first episode? What exactly did Garrett go on to do — besides “hanging and banging” with Dina — after Cloud 9 shut down? And there’s no way Cheyenne is still working at Sturgis & Sons if/when the Bo & Cheyenne spinoff makes it to air, right?

21 | Did Grey’s Anatomy really think that in the middle of the pandemic season we needed reminders of 9/11? And are we to glean from this week’s installment that all one needs to snap out of PTSD is a vision of Meredith?

21.5 | If after the Grey’s Anatomy promo you stayed tuned to ABC for A Million Little Things (and you watch or watched Supergirl), did you find yourself blindsided by a wave of #Sanvers vibes?

22 | Did any other For All Mankind and Arrow viewers get a kick out of this? (Yes, it’s a real place.)

23 | Given what Sam said in Falcon and the Winter Soldier Episode 2, how spoilery do we think the lonnnng-running trailer showing him practicing with Cap’s shield is? (Does something happen to John Walker, or is a “spare” somehow commissioned?) Speaking of Disney+/Marvel series: After all she went through in WandaVision, does Wanda now deserve better than this blink-and-you’ll-miss it appearance in the Marvel fanfare?