It was a not-so-heavenly reveal four seasons in the making!

During the first half of Superstore‘s two-part series finale, Amy and the employees stumbled upon a duffel bag full of feet — the latest instance of severed limbs turning up at Store 1217. As longtime fans will recall, the recurring gag began in Season 3, when a foot was discovered upon Cloud 9’s grand reopening. Everyone thought it belonged to Brett, who was presumed dead following the St. Louis twister that nearly flattened the Ozark Highlands store, but he was very much alive. Since then, the sales associates have occasionally alluded to additional feet being found on store shelves, but the culprit was never identified. 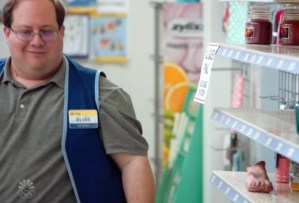 That all changed during “All Sales Final,” when silent employee Elias, played since Season 1 by Danny Gura, was shown to be the cutter-upper in one of the series’ very last interstitials.

“We had joked about revealing someone as the foot person for a long time,” co-showrunner Jonathan Green tells TVLine. “And there was a lot of discussion about whether we actually wanted to do it in the finale, and then who it should be.

“There was an early draft of the script where it was one of our other background employees who we don’t know or care about quite as much as Elias,” Green reveals. “Because Elias is so lovable, we were like, ‘Is this terrible? Does this leave us with a bad feeling?’ But then we realized ‘No, it’s kinda great. It’s kinda funny. It’s the last person you’d expect.’ And Danny Gura was really honored to have that kind of big role in the series finale, and the lore of the show.” 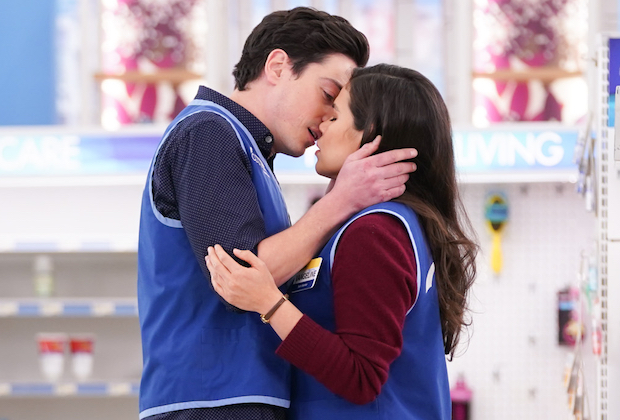 As series star Ben Feldman recalls, the Elias reveal was “universally” loved by the cast. “It was revealed to us when we saw the shooting draft,” he says. “It was a jump-up-and-clap moment for us. And we love Danny. It was such a perfect thing to see him replacing the foot on the shelf. That’s incredible closure.”

One mystery that shall remain is whether Elias was brought to justice for all those presumed murders. That said, the series-ending flash forward offered a pretty big hint at his fate.

“It was a deliberate thing to not have him at the barbecue once we had revealed that he was responsible for the feet,” Green confirms. “We don’t know if he’s [been arrested]. I like to think he’s still out there! [Laughs]”

Were you shocked/delighted/horrified by the reveal that Elias was responsible for the severed feet all these years? Hit the comments with your reactions.