Warning: If you’ve yet to watch Thursday’s Grey’s Anatomy, you may wanna go ahead and do that before reading the spoiler-filled interview that follows.

If there was one thing harder than watching Grey’s Anatomy kill off DeLuca, according to showrunner Krista Vernoff, it was deciding to kill him off in the first place. Here, she walks TVLine down the bumpy road that led to Giacomo Gianniotti‘s heartbreaking exit in Thursday’s episode (recapped here).

TVLINE | Gotta start with the obvious: What was the thought process that went into killing DeLuca?
Well, it was less a thought process than it was an inspiration. I start each season by myself, taking walks in nature, asking the stories to reveal themselves to me. These stories tell themselves, and it’s a writer’s job to just write them down as fast as you can. This one was the first and most powerful one that came to my mind sort of wholly realized. I knew what this story was, what we were doing and why we had to do it.

TVLINE | Did you want to, though?
It was really hard. I tried to chicken out several times through the season. The writers kept me honest on this one, because sometimes a story tells itself to you, and you’re like, “Wait, what? We’re killing DeLuca? He has to die? Why? I don’t wanna tell that story!” Several times, even after we were deep into the shooting of these episodes, I would go into the writers room and say, “I think we have to save him.” And there was an uprising of like, “No!” because this story told itself, and it felt important and powerful. As a human being, you’re like, “I don’t want to do it. I don’t want to lose Giacomo. I don’t want to lose DeLuca.” But as a storyteller, you have to honor the story. I don’t know… it’s sort of a magical process.

TVLINE | How would you describe the effect that Andrew’s death has on those he leaves behind?
It’s really impactful. Without giving too much away, there is one character who is broken by it. It’s one loss too many. 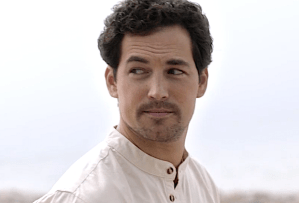 TVLINE | Before Season 16 had to be cut short, there had been a good deal of talk that someone was going to die in that finale. Was that supposed to be DeLuca?
No. It was never going to be… We had put him through this mental-health crisis, and it felt very important to us that he survive and show that people can come out the other side and become a very productive member of the team again. And he was back, he was really functioning, he was helping run the COVID ward, and then life came in.

TVLINE | It is amazing to think how many crappy things are still happening, even during a pandemic.
Honestly, I think one of the reasons this story came to me this way is that every time we would read or hear about some tragedy in the news while we were all navigating this pandemic, it felt very shocking, painful… like, how do all the other tragedies not stop? We’re all hunkered down. We’re all quarantined. We’re all dealing with the fear of COVID, and I got an E-mail from the Alexandria House, which is a charity that supports women and children who are dealing with homelessness because of domestic violence. There had been a fire, and everyone was displaced from the house. And I was like, “Are you kidding? How does it not stop? It’s all too much!” And I feel like that’s what DeLuca feels like. He didn’t die from COVID, he died completely unrelated to it. There are still people in the world kidnapping and selling children for sex and money, and this man went out to try and do something about it. He wasn’t going to let this woman get away with this again, and someone stabbed him. And that’s where the story was born. Even though we’re now getting all this other pain and trauma, other s—t keeps happening.

To read what Gianniotti has to say about his exit, click here.