We’ve got questions, and you’ve (maybe) got answers! With another week of TV gone by, we’re lobbing queries left and right about shows including Behind Her Eyes, The Good Doctor, Riverdale and Law & Order: SVU!

1 | Alright, about that Behind Her Eyes finale [deep breath]…. Why, oh why, did Louise have to go inside Adele’s burning home herself to save her? Couldn’t she just have called the fire department? (And when did Louise learn to astral-project, anyway?) Do you kind of want to go back and rewatch the whole thing to see if there are hints that Rob is in Adele’s body? Finally, would you watch a Season 2, to see if Adam could figure out that’s not his mom and warn David? 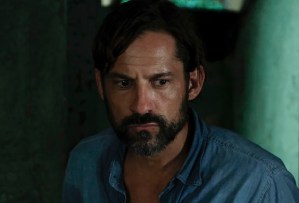 2 | Tell Me Your Secrets Spoiler Alert: If Pete’s inappropriate — and, apparently, ongoing — behavior had gotten him fired from the St. Jerome home years before the events of Season 1, why was his framed staff photo still up on the wall there? And with Emma/Karen’s heterochromia, does she have a set of blue and brown contacts, because her eye color is wildly inconsistent?

3 | It’s one thing for The Blacklist to imply it’s killing an animal — but couldn’t that poor pig’s death have happened off-screen, instead of front and center in the cold open? 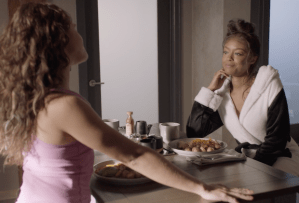 4 | Batwoman‘s Ryan “reconnected” all night long with her ex, but Angelique only noticed the kryptonite injury at breakfast the next morning??

5 | Can the NCIS: LA agents maybe agree on the pronunciation of Fatima’s name? At least within the same conversation?

6 | Who else is enjoying American Gods‘ increased moments of levity — like a half-naked Shadow dancing to Bell Biv DeVoe’s “Poison” as he painted his apartment — this season?

7 | Are shows like Starz’s Men in Kilts and CNN’s Stanley Tucci: Searching for Italy satisfying — or intensifying — your thwarted urge to travel the globe right now? 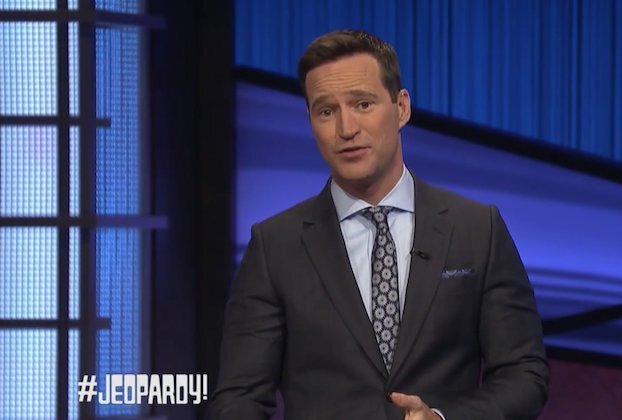 9 | After The Bachelor‘s contestants get past a certain point, are they contractually obligated to jump into his arms and straddle him every time they see him?

10 | Regarding The Good Doctor‘s CSI: Cyber-esque episode, TVLine reader Darlene asks: “A huge hospital has one person in charge of all the computer systems? And Lea was the only one battling the cyber attack?”

11 | On Monday’s charity episode of The Wall, what would have happened if Apolo Ohno and his fiancée had missed that final question of the opening round, leaving them with $0 and thus unable to continue the game? Would NBC have given them a do-over?

12 | All American fans, were you filled with dread that Jordan and Simone might get into a car accident during their sweet conversation on the way home from Spencer’s cabin?

13 | Were we the only ones who wanted to try the cognac shrimp at Black Lightning‘s Chez Louis? And how great is it to see Girlfriends alum Reggie Hayes play Mayor Billy Black? 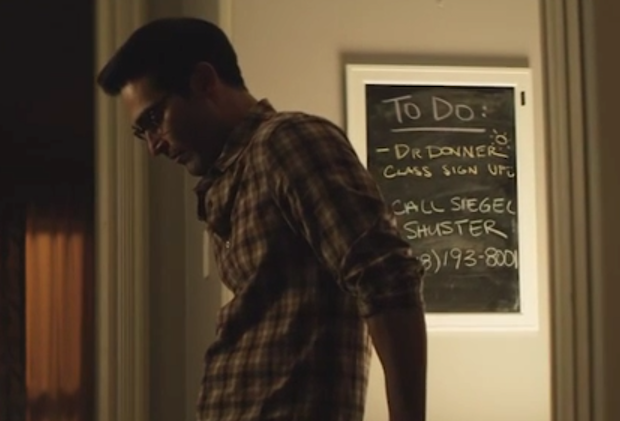 What were Superman & Lois‘ Jonathan and Jordan thinking they would find in the barn that would possibly explain how they survived that (improbable) accident? Does one’s mind instantly go to “extraterrestrial origins”? Also, did everyone catch the episode’s many DC Comics Easter eggs, including (but not limited to!) the Kent kitchen chalkboard?

16 | We know This Is Us‘ Big Three were born a while ago, but was adoption process so simple back then that Randall was the Pearsons’ by the time they were ready to leave the hospital? And as TVLine reader Ally wondered, didn’t “laid off” Toby own his ridiculously named company? 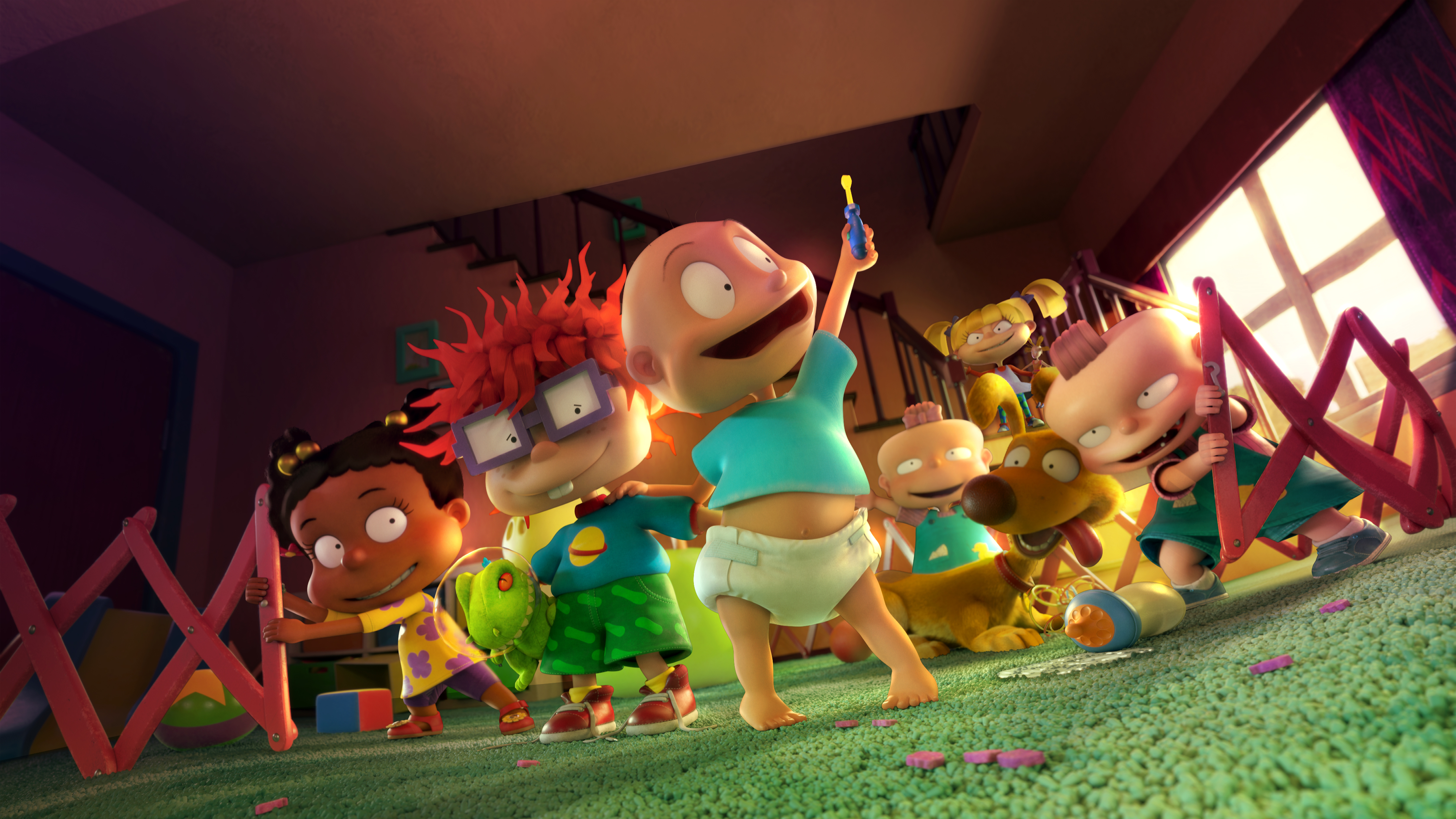 Who are these CG-animated babies and what have they done with our beloved Rugrats? And based on this first look, are we to assume Dil and Kimi are not part of the revival?

18 | On Riverdale, how would you grade Veronica and Chad’s “Shallow” cover, on a scale of Gaga to Not Gaga? Jughead is going to stumble in on one of these Archie and Betty liaisons soon, isn’t he? And we understand how product placement works, but given Hiram Lodge’s well-established taste for the finer things in life, isn’t he the last character you’d expect to see downing a bag of Doritos?

19 | Has The Conners retconned Dan’s motorcycle shop, as well? Sure, it didn’t succeed, but how did owning/operating his own business not come up when he went to work for Ben? Speaking of which, if Ben’s parents lived in a different state at the time of his father’s death just a few weeks ago, who was running Dad’s hardware shop all of these years?

20 | Has there ever been an easier Name That Tune challenge than the first four notes of “The Pink Panther Theme”? 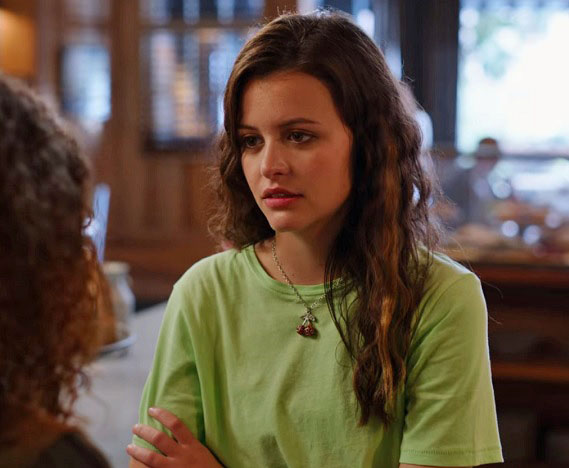 Did you get whiplash from Ginny & Georgia‘s premiere hookup between Ginny and Marcus? Or did you enjoy that the show didn’t drag out that moment? And does Sara Waisglass as Ginny’s friend Maxine kinda remind you of Leighton Meester’s Single Parents energy/look?

22 | Do you sometimes wonder if the Good Trouble writers have a crystal ball, especially after this week’s episode about white supremacists taking over Mariana’s Activism app?

23 | Now that we’re halfway through Resident Alien‘s first season, who do you think killed Sam? And will the truce between Harry and Max last or will it fall to pieces in the very next episode?

24 | Now that we know Punky Brewster‘s birth mom is looking for her, are you daydreaming about the possible casting? (Our money is on Kathy Najimy.) And Is it just us or is Soleil Moon Frye giving off Pamela Adlon/Sarah Silverman vibes?

25 | Wasn’t this week’s Last Man Standing, showing how restaurants are still struggling, post-pandemic, in the year 2023, rather depressing? 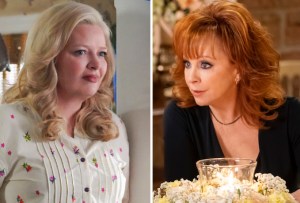 26 | How many times is Reba McEntire going to guest-star on Young Sheldon before the Powers That Be figure out a way to get June and Brenda Sparks (played by McEntire’s Reba costar Melissa Peterman) in the same scene?

27 | Did B Positive signal the beginnings of a creative revamp this week, with Gina contemplating leaving her job at  the assisted living facility?

28 | Could that last Superstore scene have been any less subtle, setting up a potential romance between Jonah and Carol’s lawyer Hannah?

29 | Given the last scene of this week’s Law & Order: SVU, are we to infer that Stabler has been in contact with Fin this whole time?

30 | As suggested by TVLine reader Jerry, should The Chase soundproof “The Beast” and then have him answer the same “final chase” questions as the players? (James Holzhauer this week unarguably faced easier questions.)

31 | During WandaVision Episode 8‘s flashback to Wanda’s time at the Avengers compound, did you hope for a moment that another of Earth’s Mightiest Heroes would pop in for a brief appearance? And if Westview indeed had always existed (as a sad little place), why did those cops in Episode 4 insist to Jimmy it never did? (Sure, maybe the cops had been mind-controlled, but wouldn’t the residents’ collected driver’s licenses have said Westview?)