If you’ve already made your way through all six episodes of Netflix’s highly unsettling, fiendishly addictive British psychological thriller Behind Her Eyes… well, we have a lot to discuss, don’t we?

Before we dive into that doozy of a finale, a quick recap: Louise (Simona Brown) is a receptionist at a psychiatric office, and she impulsively kissed a handsome stranger named David (Tom Bateman, who gives off serious Tom Ellis vibes) before discovering he’s her new boss… and he’s married. Louise strikes up a friendship with David’s wife Adele (The Knick‘s Eve Hewson) while striking up an affair with David, and we learn that Adele is heavily medicated, and her marriage with David is severely strained. Plus, Louise has recurring night terrors that Adele is helping her to get under control, and we keep getting flashbacks to Adele’s stint at a mental ward and her friendship with a gay Scottish lad named Rob (Game of Thrones‘ Robert Aramayo)…

We learned in the penultimate episode that Adele is capable of astral projection (!!), aka leaving her physical body and traveling freely as a spirit, observing without being seen. (We also saw her entering Louise’s body and swapping bodies with her for a short time.) In the finale, Louise travels to Brighton to check on Marianne, the café owner who Adele told her had an affair with David. Marianne tells her she only ever talked with David, but Adele still came to her door, angrily demanding that she stay away from him — and then Marianne came home to find “SLUT” written in blood on her bedroom wall. “Get away fast as you can,” Marianne warns Louise. “There’s something very wrong with her.” 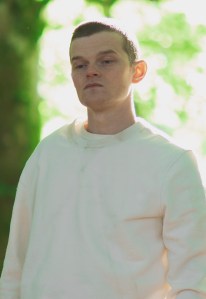 We flash back to Adele, Rob and David at her family’s castle, where the three of them giggle and make dinner — and Rob clearly takes a liking to David. That night, after Adele and David go to bed together, Rob decides to… astral-project into their room and watch them have sex! Back in the present, Louise confronts David and tells him she knows Adele is deranged. She corners him about what happened to Rob: “Did you kill him?” We learn via flashback that Adele told him Rob died of a heroin overdose, and without thinking, she threw his body down that deep well in the woods, and David’s watch fell in along with him. She wouldn’t let him tell anyone then — she couldn’t bear the thought of being locked up again — but now, David is ready to go to the cops and confess everything. He heads up to Scotland and warns Louise to steer clear of his wife: “Adele has a way of knowing things.”

She doesn’t listen, though: She and Adele have an intense phone call, where Adele admits to manipulating her. (“I wanted you to hate him. I wanted you to choose me. I wanted you to love me the most.”) Louise tells her David is going to the cops now to confess — and Adele responds by screaming “F–k off!” at her repeatedly. (We also get a flashback to Rob confessing to Adele that he envies her life with David: “It’s like you get to control the dream, full time.”) Adele writes out a confession-slash-suicide note — “I’d rather have oblivion than be alone” — while soaking rags in lighter fluid and preparing a needle full of heroin. She texts Louise her intentions (“I have to make things right”), and Louise, being the kind soul she is, rushes over to stop her. (Big mistake. Huge.) 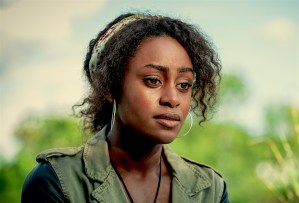 Louise sees flames when she gets to Adele’s house and tries to break in, but can’t. So she visualizes Adele’s house and astral-projects inside, finding a heroin-dazed Adele on the bed. But then, their spirits mingle, and… Adele is in Louise’s body. Louise, in Adele’s body, can’t move because of the heroin — and that’s all part of Adele’s plan. “You don’t get to take him from me, Louise,” she tells her from Louise’s body, as she prepares a lethal shot of heroin and injects it into “Adele’s” arm, killing her. “Louise” (really Adele in her body) pulls “Adele’s” dead body down to the street and works up some fake tears just as the cops arrive.

“Louise” goes home and practices sounding like the real Louise — her son Adam senses something is off, though — and she greets David with a hug and a kiss after he finishes with the cops. And you’d think all of that would be enough of a shocker… but no! We flash back one more time, to Adele and Rob agreeing to astral-project and swap bodies. Adele doesn’t like it… but Rob does. He (in Adele’s body) apologizes as he shoots “Rob” full of heroin and drops his dead body down the well. So “Adele” was Rob the whole time, and when David marries “Louise,” he’s actually marrying Rob in her body. When Louise suggests a Caribbean cruise for their honeymoon, a still-suspicious Adam reminds his mom that she hates boats. She fixes a death stare on him and chirps: “Maybe I’ve changed.”

Whoa… give the Behind Her Eyes finale a grade in our poll, and hit the comments to share your thoughts. (Because we know you have some.)