Disney+ has locked in dates for Loki, which will be its third live-action Marvel series, and its first animated Star Wars series.

Most recently penciled in for May, Loki is now set to premiere on Friday, June 11 — about three months after The Falcon and the Winter Soldier hits our screens. It stars MCU vet Tom Hiddleston as the God of Mischief, who steps out of his brother’s shadow in an adventure that takes place after the events of Avengers: Endgame. The cast also includes Owen Wilson, Gugu Mbatha-Raw, Sophia Di Martino, Wunmi Mosaku and Richard E. Grant.

Meanwhile, Star Wars Day aka May the Fourth (aka Tuesday, May 4) will fittingly mark the premiere of Star Wars: The Bad Batch, an animated series that follows the titular elite and experimental clones (first introduced in The Clone Wars) as they find their way in a rapidly changing galaxy in the immediate aftermath of the Clone War. (Subsequent episodes will release every Friday, starting May 7.) Members of Bad Batch — a unique squad of clones who vary genetically from their brothers in the Clone Army — each possess a singular exceptional skill that makes them extraordinarily effective soldiers and a formidable crew. 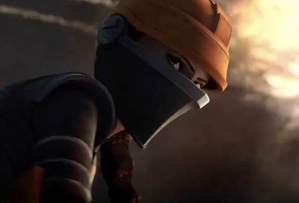 Watch a teaser below:

All told, Disney+’s announced spring/summer dates are as follows: