We’ve got questions, and you’ve (maybe) got answers! With another week of TV gone by, we’re lobbing queries left and right about shows including Cobra Kai, The Bachelor, The Rookie, Call Me Kat and more! 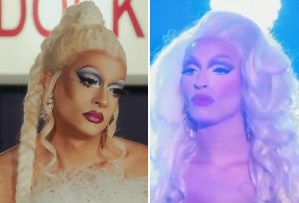 1 | Are we finally losing it, or does Drag Race Season 13 newbie Denali (left) bear a startling resemblance to franchise legend Tatianna?

2 | Why did Cobra Kai Episode 2’s Young Kreese flashbacks cast someone who looks little like Martin Kove? And now that you’ve had a chance to finish Season 3’s back half, were you surprised that Ali did, indeed, return? And what are your predictions for Season 4, now that Johnny’s Eagle Fang and Daniel’s Miyagi-Do crews have finally teamed up? Is Karate Kid III‘s Sean Kanan/”Mike Barnes” next to pop up?

3 | Was the ending of Bridgerton‘s first season almost too perfect, happy and idyllic, when it comes to Daphne’s love life? Or did it effectively “clear the decks” for any possible Season 2 to focus on another courtship? Also, should we expect an explanation for how Lady Whistledown, now revealed, manages to keep her carriage drivers from tattling on her printing press visits?

4 | Was Tommy’s appearance in the Power Book II: Ghost finale everything you wanted it to be? 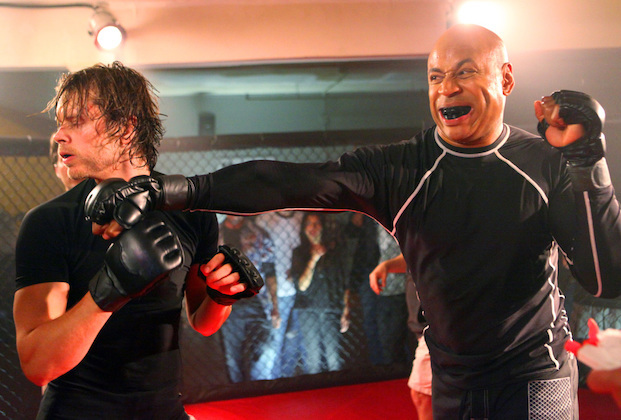 5 | Does NCIS: Los Angeles‘ COVID-safe production plan seem to involve putting at least one character (e.g. Callen) alone in a car for most of an episode? Would Deeks’ FLETC storyline be a prime opportunity to give the character’s hair at least a meaningful trim? And when Sam brought it up with the FLETC lady, why didn’t they give us a fun flashback to him punching Deeks when they first met? 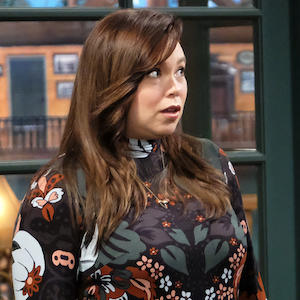 7 | How did Last Man Standing expect viewers to know that “Evelyn,” who was only mentioned in passing, was Kristin and Ryan’s daughter? If Kristin is going to mention Evelyn, why not provide an update on her MIA son, Boyd? And after a three-year time jump, Eve would have graduated the Air Force Academy, so shouldn’t the premiere have updated us on her whereabouts?

8 | Forget about The Rookie‘s Nolan — how does dopey Smitty still have a job??

10 | On All Rise, didn’t Anne Heche’s voice sound significantly different from when she was on Chicago P.D. just two years ago? As nice as the Mark/Lola rooftop chats are, don’t you miss the stairwell? (And was anyone else certain that he’d wind up having to deliver her baby on the roof??) 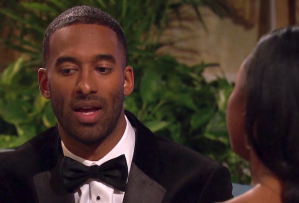 11 | Is The Bachelor‘s Matt James uncomfortable talking about race and being the first Black Bachelor? (When Kristin, the attorney from Virginia, told him she would have his back because he’s the first Black man to lead the show, Matt looked super uncomfortable.) Why would the show so prominently feature Katie’s vibrator in the premiere if ABC had to censor it with a black box? (And it’s visible in press photos!) Who else has the feeling that “Queen” Victoria is a producer plant/improv comedian? And were you surprised the show made no mention of Matt’s real-life friendship with Tyler Cameron — one of Bachelorette Hannah Brown’s runners-up — even though they co-run the NYC nonprofit that Matt spoke about in his intro?

12 | If The Hustler players have a set amount of time to answer a question, why not add an on-screen countdown to make that clear to viewers? Also, can we assume the non-Hustlers are largely out-of-work actors? 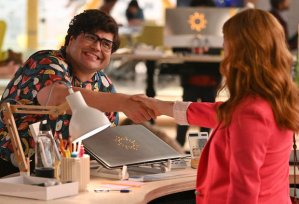 14 | Doesn’t This Is Us‘ Toby have a point: Why wouldn’t Kate tell him about her previous pregnancy and abortion at some point during their own years-long efforts to have a baby together?

15 | Is it us, or was the way Name That Tune’s Randy Jackson tapped out those few notes of “Islands in the Stream” not quite right, making it as hard to guess as it was? Or is he only playing notes, and not the rhythm?

16 | Which Big Brother player annoyed you the most on The Challenge‘s latest episode: Fessy or Josh? And after his selfless move last season, were you sad to see Nelson go down like that? 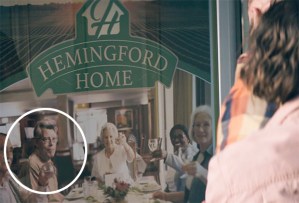 17 |The Stand viewers, how many of you caught Stephen King’s “cameo” in Episode 4?

18 | The Hell’s Kitchen producers/editors can’t be happy with the two guys who smoke like chimneys during their downtime, eh?

19 | In Thursday’s “crossover” event, did Last Man Standing’s Tim Allen — in revisiting the character after so many years — not get Home Improvement’s Tim Taylor 100-percent right (grunts notwithstanding)? Or did he simply change him up a smidgen since Mike is basically the same character?

20 | Was SVU‘s trolling of the “Rollisi” fandom even more blatant than usual this week? And is there any way — as TVLine reader CJ points out — that a New York City courtroom during the COVID-19 pandemic would allow jurors not to wear masks?