We’ve got questions, and you’ve (maybe) got answers! With another week of TV gone by, we’re lobbing queries left and right about shows including The Good Doctor, black-ish, B Positive and The Mandalorian!

0.5 | Were you, like Shark Tank’s Daymond John, rather surprised to see the creators of that pervasive (if you spend any time on social media) back-massager wheel on the show seeking investors?

1 | Following his appearance on Who Wants to Be a Millionaire, has Joel McHale now been on every primetime game show available to him this year?

2 | On a scale of 1 to 10, Dancing With the Stars fans, how awkward did Derek Hough make you feel when he wouldn’t share the name of the couple he wanted to save? 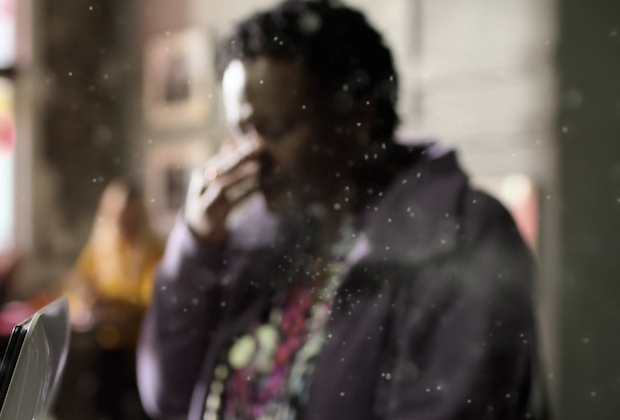 3 | Which aspect of the Good Doctor premiere‘s opening scene did you find most upsetting: Hearing the soon-to-be COVID patient cough before she came into focus… watching her hand money off to the barista using the same hand she just coughed in… or seeing actual COVID droplets float through the air? And did you happen to catch the reference to a recently ended NBC comedy when Glassman lost a game of online poker to “GoodPlaceFan793”?

4 | During this tense Election Week, did you feel particularly grateful that We Are Who We Are‘s season finale didn’t include any Trump vs. Hillary footage as previous episodes have?

5 | Did Soulmates kinda drop the ball in exploring the innately interesting topic of matches who die before you get a chance to meet them? Instead going with a trite “death cult” premise? 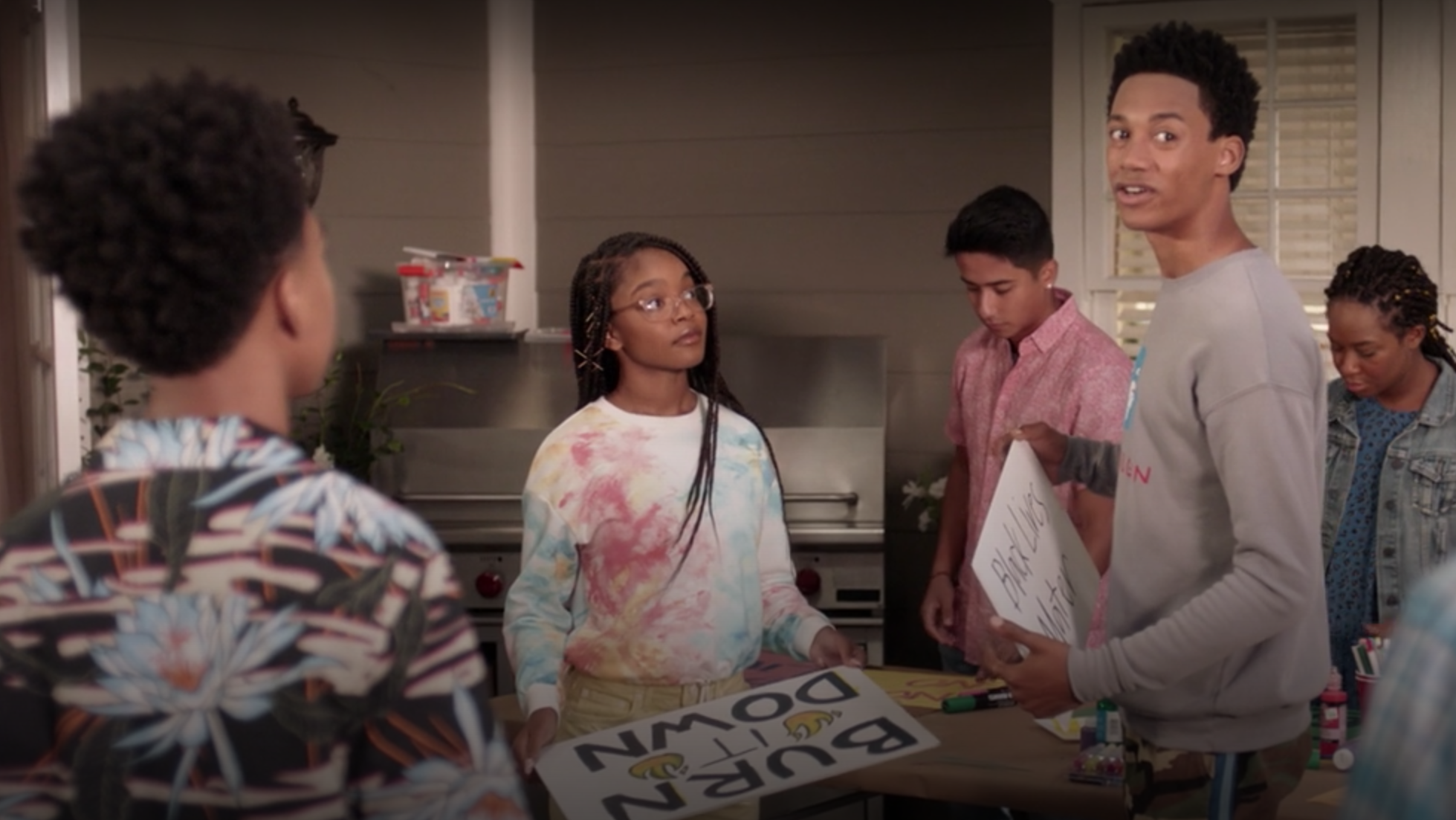 7 | After black-ish devoted the first two episodes of its season to the coronavirus pandemic, didn’t it seem odd that there was no sign nor discussion this week of wearing masks, even when Jack and Diane were making protest signs with friends?

8 | Are you surprised that not a single Amazing Race duo has used their Yield power yet?

9 | Exactly how much stock audience footage does The Masked Singer have in its library, anyway? And what are the odds that this week’s castoff was unmasked just minutes before he appeared as a panelist on I Can See Your Voice? (Should we keep an eye out for more “bread crumbs” between the shows?)

10 | As fun as the Bachelorette switcheroo is, aren’t we gonna side-eye any guy who weeks ago was professing his undying love for Clare and then goes on to declare Tayshia his one true, forever soulmate?

11 | On Superstore, did you buy into the idea that Amy had reservations about marrying Jonah because she was still haunted by her marriage to Adam? Or did that seem a bit far-fetched, considering she and Jonah have had a very different relationship, and were already living together/raising Parker? And did the show’s choice of breakup song — Miley Cyrus’ “Slide Away” — make the couple’s final scene even more heartbreaking? 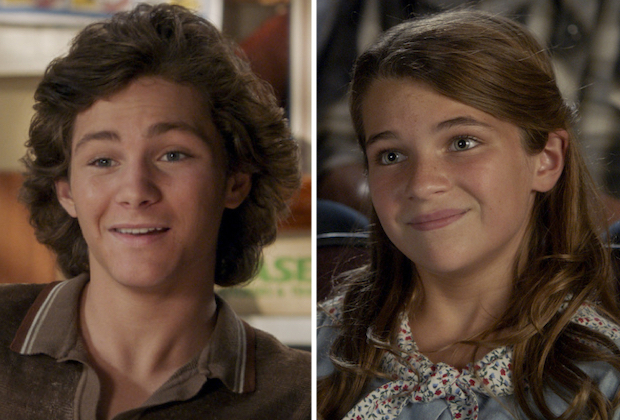 12 | Were you thrown off by how much older Young Sheldon‘s Georgie and Missy looked in Thursday’s Season 4 premiere, even though the episode picked up just one day after the events of the Season 3 finale? And what made you more emotional: Finding out what adult Sheldon named his son, or when he and Amy exchanged “I love you’s”?

13 | Are you relieved that Mom went the obvious route and sent Anna Faris’ Christy off to law school, versus having her relapse/suffer a grim offscreen fate a la Roseanne Conner? Were you surprised that Bonnie’s “I’m afraid…” confession didn’t have something to do with her daughter moving away? And now that Christy’s out of the picture, what are the chances that we ever see Violet or Roscoe again (aside from the dozen photos hanging in Bonnie and Adam’s living room? 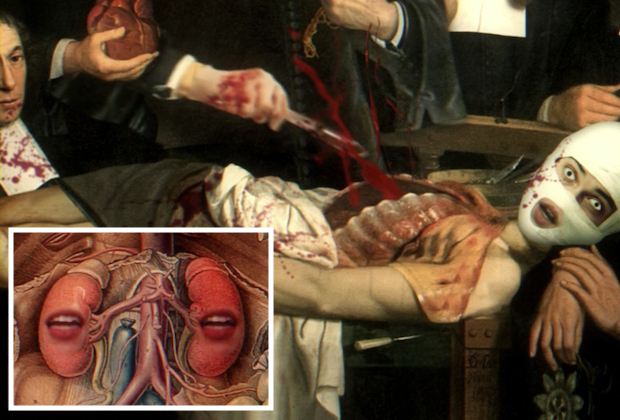 14 | Does B Positive have the most horrifying opening title sequence… ever? (Watch here, 2-1/2 minutes in) Also, about those singing kidneys: Um… Why?!?!

15 | Does The Mandalorian‘s jetpack not have enough propulsion for him to fly any distance in the desert while carrying cargo? And with that gaping hole in the Razor Crest, why would Mando think that catching some Zzzs in the increasingly frigid cargo area was prudent? (Does he even know Frog Lady or the Child’s tolerance for extreme temperatures?)

16 | CNN’s John King and MSNBC’s Steve Kornacki get to take the rest of the year off after this week, right? Or at least extended, all-expenses paid vacations?