Warning: This post contains major spoilers from This Is Us‘ Season 5 premiere.

This Is Us isn’t content to rest on its Laurel any longer.

In the final moments of Tuesday’s Season 5 premiere, the family drama revealed that Randall’s birth mother — whom viewers had been led to believe died soon after his birth — actually survived the drug overdose that nearly claimed her life.

The two-part episode, titled “Forty,” chronicled The Big 3’s 40th, a date the adopted Randall lamented might not even be his actual date of birth. (As it turns out, it wasn’t.) The present-day storyline found Randall meeting up with Kevin and Kate at the cabin to deal with Rebecca’s troubling dementia episode. Meanwhile, the episodes’ flashback depicted William’s anguish after his girlfriend, Laurel, OD’d on heroin she’d begged him to procure to blunt her pain after Randall’s birth.

After emergency medical technicians declared her dead and intimated that the police and child protective services were going to get involved, William fled with his infant son… so he wasn’t there when one of the EMTs later realized that Laurel still had a pulse. And right before the premiere cut to credits, Laurel started breathing again. (Read a full recap.)

During a conference call with reporters Tuesday, series creator/executive producer Dan Fogelman said that the Laurel reveal will dovetail with another theme at the forefront of the episode: Randall’s ongoing exploration of who he really is.

“For us, Randall’s story, big picture, has always been a story of identity,” Fogelman said. “Until he can get some answers there, and some kind of closure, it will be a final step in him coming to terms with some of his own questions about his identity. And it’s something, if you look back on the series, that we’ve always laid in talk of. ‘Where is your mother? Why is your birth mother not a part of this narrative of your life? She’s this character who died in childbirth you’ve never really looked into it. This first half of the season is our opportunity to do just that.”

Unlike some of This Is Us‘ past mysteries — see also: How did Jack die? To whom does “her” refer?” — Fogelman promises that all of the logical questions about Laurel (like whether or not she’s still alive) will be answered soon. “Answers will be gotten pretty quickly,” he said. “Certainly it’s not something we’re going to drag out, a mystery like that one, over multiple seasons or anything. There’s a pretty quick answer. I think it will be found to be elegantly done.” 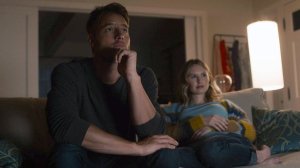 * Fogelman previewed that expectant parents Kevin and Madison “have an up-and-down journey ahead of them. It’s not going to be this easy love story like some of our other love stories have been.”

* After Randall broke up with Dr. Leigh (played by Pamela Adlon), Fogelman said that his search for a Black therapist will start up in the next episode. “That person, he or she, becomes  a recurring part of the season,” he added. However: “What we’re leaning into, at least in the next episode, is that it’s not as if suddenly Randall hires a new therapist and suddenly his whole world unlocks. That’s not the way therapy works, nor is it the way Randall, specifically, would work. So there’s a journey there.”

* Though the pandemic slightly altered the writers’ immediate plans for Rebecca — aka the postponement of the clinical trial in St. Louis — Fogelman said the character’s long-term arc remains unchanged. “Because of where the disease is currently, in terms of research and science, there’s a path we can still stick to for what our plan is for Rebecca that is not altered forever by the pandemic but more in the short term in terms of her location, where she’s living,” he said. Also: Look for an exploration of Miguel and Rebecca’s courtship, which “becomes a bigger part of the season in the back half of this season and into the next,” the EP previewed.

What did you think about the big Laurel reveal? Sound off in the comments!