Warning: This post contains spoilers from This Is Us’ Season 5 premiere.

This Is Us viewers have known for months that The Big 3’s 40th birthday was going to be a bittersweet affair, thanks to the Season 4 flash-forward that gave us a glimpse of that day. After all, with Randall and Kevin on the outs, and Rebecca’s dementia steadily progressing, who’s in the mood for cake and balloons?

But we should have known that Dan Fogelman & Co. wouldn’t just give us a two-hour rumination on families, race and the passage of time. In fact, the premiere delivers one whopper of a revelation — surprise, someone you thought was really dead actually is not! — right before it cuts to credits.

Read on for the highlights of “Forty: Parts One and Two.” (And afterward, make sure to see what Fogelman had to say about that shocking ending.)

WHILE YOU WERE GONE | The premiere’s cold open roots the Pearson family in quarantimes in a way the Season 4 finale did not. Madison and Kevin get wind of the coronavirus’ troubling spread while they’re having the inaugural conversation about her pregnancy. Rebecca’s clinical trial is postponed, so she and Miguel are holed up at the cabin, where they’d only intended to spend a few weeks on the way to St. Louis. Randall and Beth are surprised to hear that “Hanks got the corona.”

Eventually, when Kevin shows up at Kate and Toby’s to tell them he’s going to be a dad, he has to do in a socially distant manner, standing six feet away in the front yard. Toby is immediately happy and supportive; Kate’s face is tough to read at first, especially when she learns that Madison is having twins, but she tearfully starts round of celebratory air hugs that Gregory happens to witnesses from next door.

Kate calls Beth, who relays the message to Randall, reminding him who Madison is in the process. “I know who Madison is, Beth. She’s literally the only friend in our entire family,” he replies. (Ha!) Randall and Kevin text about the news, both being more reserved in their responses than they usually are. It’s clear that Randall is having a hard time, and it only gets worse after news breaks of George Floyd’s death at the hands of Minneapolis police officers. Kate inadvertently makes things worse by texting her brother and asking “which Black cause to donate to next,” a move that causes Beth to close her eyes in the most expressive blink in TV history. It is a simple facial expression filled with so much frustration, inevitability and feeling of being just plain over-it, and Susan Kelechi Watson deserves some kind of trophy for executing it flawlessly. 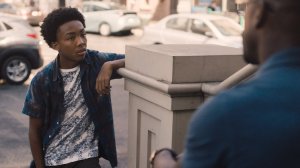 THE BIG 4-0 | Pretty soon, it’s the Big 3’s 40th birthday. But Randall isn’t into the annual celebration like he usually is: He turns down morning sex with Beth, then is uncharacteristically subdued at breakfast. He reassures his wife that he’s tremor-free and not having a breakdown, but things are off so much that even Malik — visiting to celebrate his one-year anniversary with Deja — notices. The pair have a conversation on the front stoop that is very enlightening. While discussing Floyd’s death, Randall notes that his parents never talked about race or racism with him, but that the killing of Jonny Gammage by Pittsburgh police officers hit him hard as a teen. “For a kid to be alone with all of that? It was a lot,” Randall says, adding that he’s never told anyone his feelings about that. (This will prove important later on.)

Just then, Kate texts Randall to tell him that Rebecca is lost. 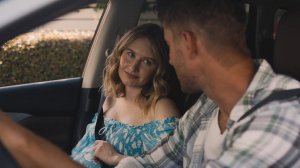 TWIN TROUBLE? | Let’s back up a second. Kate, Toby, Baby Jack, Kevin and Madison have quarantined and then rented a camper to drive from California to the cabin to celebrate the Big 3’s birthday with Rebecca and Miguel. But on the morning of the big day, Madison trips over a suitcase and lands on her belly, then freaks out when she can’t feel the babies moving. She tearfully asks Kevin to take her to get checked out, but they don’t tell Kate and Toby where they’re going.

There’s a bit of suspense when the doctor at the urgent care clinic can only hear one heartbeat — and Kevin proposes to Madison while they’re waiting for a transvaginal ultrasound — but it’s soon clear that both kiddos are OK. The relief is so great that in the car on the way home, even though Madison frees him from the proposal he clearly made in haste, he says he thinks he wants to do it. And when Kevin later refers to Kate’s bestie as his “fiancée,” Kate definitely notices. 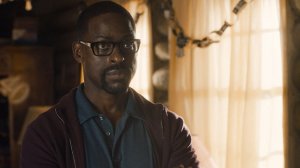 RANDALL TO THE RESCUE | Back at the cabin, the police have returned Rebecca to her family after her dementia episode in town. The whole thing is a blow, Miguel notes, because Rebecca had been doing so well during their time at the cabin. Randall shows up, surprising his siblings, and immediately goes to see Rebecca. He notes that she’s itching at her wrist, and she mentions that she ran into some poison ivy while she and Miguel were gardening. Then she asks twice within a couple of minutes about whether Beth and the girls are with him — not having remembered when he said they weren’t — and Randall quietly answers her again.

Downstairs, though, Randall commands Miguel to ask Rebecca’s doctor whether the antihistamine she took for the poison ivy might’ve counteracted her dementia drugs. It’s determined that this is precisely what happened, leading to her episode. With that set, Randall goes to leave, upsetting Kate who wanted to celebrate the milestone birthday with her brothers. She trails him out of the cabin and wonders aloud if they are OK, then apologizes for “everything that’s going on.” For maybe the first time in his life, Randall is not here to be the recipient of his sister’s white guilt, so he presses her. “You’ve never apologized before, and this isn’t the first Black person to be killed on camera,” he says. And when she says it feels different, he responds, “Not to me, Kate. It’s never been different to me.”

When she starts to cry, he points out that he hates to see her upset and would normally do whatever was necessary to smooth things over and make her feel better. “But where does that leave me?” he asks. “That has been my pattern all my life and honestly, Kate, it is exhausting. I am exhausted.” So they exchange I love yous and happy birthdays, and then he turns to go. 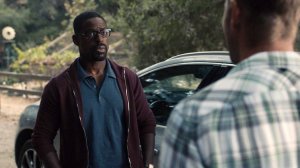 But Kevin catches him at the car and tells him that the twins are a girl and a boy, and that Randall is the first person he’s told. There’s a lot that’s unsaid as they discuss raising girls, then they wish each other a happy birthday and Randall goes. In the car on the way home, he calls Dr. Leigh and tells her that he doesn’t feel like he can be completely open with her, so he’s going to seek the services of a Black therapist, instead. She is supportive.

SUBDUED CELEBRATIONS | After Randall leaves, Rebecca confesses to Miguel that she’s not ready to let go of the little, ordinary memories — like of how she and Jack would play Pin the Tail on the Donkey with the kids on a random weekend afternoon. (Which at least partially answers a burning question about the flash-forward, right?) Miguel then shows Rebecca some apple seeds he’s going to plant in front of the cabin. “These should bear fruit in six to 10 years,” he notes, shushing her objections that she might not be around to see that, adding that he’s going to take one day at a time. And inside, Toby surprises Kate with some good news: An expectant mother has matched with their adoption application.

Back in Philadelphia, Randall enjoys a quiet birthday with Beth and the girls. After dinner, Randall reiterates that he’s not having a breakdown, but he is deeply sad. Beth bucks him up with a pep talk about how “this pain is not forever. This moment in time is not forever. Nothing is forever, except us.” Then she reminds him that “we fight on,” and Randall adds that “I think we could all use a year without surprises.” Oh Randall, you know that old saying: Man plans, Fogelman laughs.

LAUREL’S STORY | Which brings us to the episode’s flashback. We learn Randall was born the day before Kevin and Kate. His mother, Laurel, delivered him at home with William’s help, because the kiddo arrived so abruptly. But she refused to go to a clinic for help with the pain afterward, because she feared her use of methadone to get clean from heroin would cause the staff to treat her “like dirt.” Eventually, though, she was in such dire straits that she begged William to get her “some stuff” to help her get through the night, “so I can be there for the baby.” So he does, and when William wakes to the sounds of Randall’s cries the next morning, Laurel has overdosed in her bed.

Two EMTs arrive and perform CPR, to no avail. When one of them mentions the police and child services in the same breath, William grabs Randall and runs while they’re not looking. As we know from previous flashbacks, he brings Randall to the fire station. But then, spurred by a memory of Laurel making William promise to make a family for their son if she’s not around, William gets himself to the hospital and winds up staring at his baby through the nursery window.

Rebecca and Jack are there at the same time; Jack and William even cross paths twice. The last time happens when Rebecca is wheeled into surgery and a bereft Jack heads to the hospital’s chapel. William has been praying for God to take care of Randall, because he can’t do it himself. Randall’s two dads nearly bump into each other as William leaves and Jack enters. Jack monologues that he’s angry at God because “every hand you’ve dealt me has been crap,” but still he begs for Rebecca to survive whatever is happening in the operating room.

Obviously, she does. And in a montage of scenes from the pilot, we watch as The Big 3 become a thing.

LAUREL IS ALIVE?! | But wait! Now we’re back at William’s apartment, just after he took off with Randall. The younger EMT notices that Laurel still has a faint pulse. And then RANDALL’S MOTHER TAKES A GASPING BREATH AND WHAT WHAT WHAT?

Now it’s your turn. What did you think of the super-sized premiere? Grade it via the poll below, then hit the comments with your thoughts!