Is war about to break out on The Boys? What romantic mystery will NCIS resolve? Is The Walking Dead‘s “finale” worth the wait? Read on for answers to those questions plus teases from other shows!

Anything on The Boys‘ remaining Season 2 episodes? –Dee
Well, the unspoken war between Queen Maeve and Homelander will continue to escalate in this Friday’s episode of the Amazon series. “Some of her humanity has been awakened by Starlight and being reminded of who she used to be,” showrunner Eric Kripke tells TVLine. “So I think that gave her, in our minds, the courage to tell the truth to Elena and try to rekindle a relationship with her, which she does — but obviously that’s really dangerous and fraught because of Homelander. All the way back in Episode 3 of Season 1, Homelander says, ‘If you ever really love somebody, I don’t think I could handle it.'” And now that the supe knows about Elena, “Maeve is going to have to figure out a way to fight back,” Kripke teases.

Any indication how Maria Bello will bow out of her role as Jack during the new season of NCIS? –Michelle
“When we’re trying to figure out how to exit a character, one thing we always ask is: ‘What does that character deserve?'” co-showrunner Frank Cardea explains. “And the character of Sloane is a very strong character, and a passionate character, so we’re going to really have her go on something worthy of that.” But before she leaves the canvas entirely, viewers’ “ongoing wonderment about what’s going on between her and Gibbs” will be resolved, the EP assures.

When will Sophia Bush’s Good Sam be premiering? I do not see it on CBS’ fall lineup. –Tama
The Good Sam pilot, in which Bush plays a gifted heart surgeon who works in the same hospital as her father, was never ordered to series but is still in development. 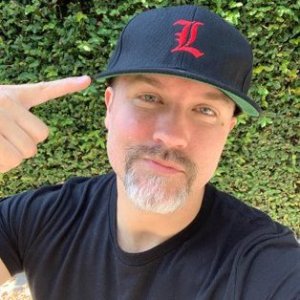 Do you have any scoop on Lucifer Season 5B, specifically Eve-related? But any scoop will be welcomed! –Tara
I absolutely pressed the showrunners on Inbar Lavi’s announced return, but they declined to offer any further info “other than we love Inbar, and were very excited to have her back,” said Joe Henderson. So as a consolation prize for you, I rounded up details on who Friday Night Lights alum Scott Porter will be playing in Season 5B and, apparently, Season 6. His character, Carol Corbett, is described as a buttoned-up detective from Dan’s past who joins the LAPD and quickly strikes up a connection with Ella.

The hiatus for The Walking Dead is killing me — got any scoop? –Carrie
Our resident Dead-head Charlie Mason has seen the episode that was supposed to be Season 10’s finale — and will air Sunday, Oct. 4 on AMC — and assures me that it’s worth the wait. (At one point, he actually cried watching.) More specifically, showrunner Angela Kang tells TVLine that Jeffrey Dean Morgan’s Negan “has an important role to play in ‘A Certain Doom,’ as he does in a lot of story going forward.” As the series’ embattled survivors brace themselves for a David-and-Goliath showdown with Beta and the Whisperers’ horde of walkers, Negan is “not a guy who wants to sit on the sidelines,” the EP notes. “He wants to be considered important.” Ah, but at what cost? 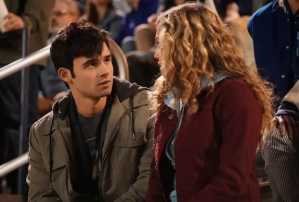 Will Icicle’s son be a part of Stargirl Season 2? –Tyler
Stargirl creator Geoff Johns assured me that we will “definitely” see more of Cameron Mahkent (played by Hunter Sansone) as well as fellow ISA offspring Artemis Crock (Stella Smith) in Season 2.

With the Major gone on Manifest, will anyone still be trying to “weaponize” the 828ers’ anomaly? –Brett
“That’s an open question, because we learned all the way back in Season 1 that the Major obviously is not working alone,” showrunner Jeff Rake reminds. “Just because she’s been taken out doesn’t mean that that’s not still an agenda that someone at the government is still focused on.” 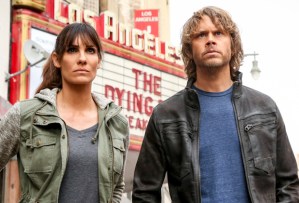 Is there going to be a Deeks storyline in NCIS: Los Angeles Season 12? –Diana
And how! “We’re going to find out that Deeks’ job as an LAPD liaison, because of all the police reform, may be in jeopardy,” showrunner R. Scott Gemmill shared during our in-depth preview. That, combined with issues at the bar as well as what all he and Kensi want for their future, will push Deeks to face a major decision.

If there’s any NCIS: LA info regarding Hetty, I would like to know what it is! –Maria
To include Hetty in the season premiere, during these pandemic times, the show traveled to cast member Linda Hunt’s house, and actually filmed her in her driveway! “We’re doing everything we can to keep everyone safe,” Gemmill explained, “and if Muhammad won’t go to the mountain…!”

Is it too much to hope for a heavily brother-centric Supernatural series finale? –Luis
It sounds like you’re going to get your wish: “For the most part, we wrap up a big chunk of our mythology in Episode 19,” co-showrunner Andrew Dabb tells TVLine. As a result, “Episode 20 is more character-based and is more concerned with Sam, Dean and this family they’ve built around them than it is with figuring out the Case of the Week.”

Will Doctor Who air a holiday episode this year? –Christi
Yes, the Doctor Who Festive Special, “Revolution of the Daleks,” will air at some point this holiday season and feature Jodie Whittaker, Mandip Gill, Bradley Walsh and Tosin Cole.

Anything on Russian Doll season 2? — Katie H.
Nyet, as production on the acclaimed series’ second season was postponed by the pandemic. 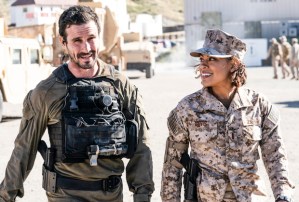 I was very happy to see James Ransone in the last season of SEAL Team, as Reiss Julian? Can we expect to see him again in Season 4? –Melinda
Maybe! But maybe not, seeing as the final cut of the first two episodes of the season (aka the leftover final two episodes of last season) remains in flux. “Given the nature of Reiss’ job and Davis’ job” — including the fact that Bravo Team’s deployment is nearly over — “it’s going to be a challenge for them to stay in each other’s orbits,” showrunner Spencer Hudnut said when I delivered your Q. “Sonny’s return obviously will complicate matters for Davis, too.”

Do you have any scoop on Black Lightning Season 4? –Nick
Following a long stretch during which Jefferson had little interaction with Garfield High, Cress Williams told me that his No. 1 hope for Season 4, “because I love being the principal and a counselor and mentor for the kids at the school, is that I get to do a bit of that again. Hopefully we touch on that.”

Is Charles Michael Davis returning to NCIS: New Orleans? –Erica
Yes, I have confirmed for you that CMD will continue on into Season 7 as a series regular, playing Special Agent Quentin Carter. 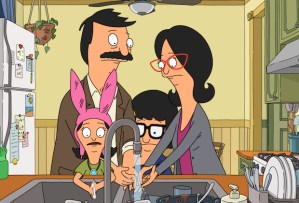 I loved the little “bored in quarantine” video that Bob’s Burgers did, so I was wondering if they’ll be doing a full coronavirus episode when the show comes back? — Katie H
Not exactly — though the second episode (airing Oct. 4) does focus on a pinworm epidemic that is spreading at the kids school. (But to be clear, said episode was written and recorded well in advance of the current coronavirus pandemic.)