But before then, take a good look at the riboflavin-rich Season 4 entry via the photo below: 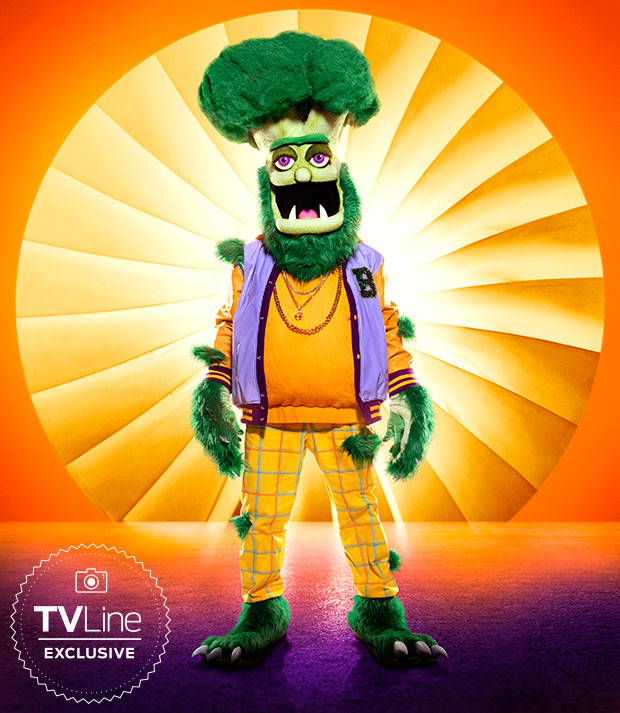 Broccoli looks like a fun guy, right? (No offense, Mushroom.) Close inspection of the clothes he’s wearing make it seem like perhaps Broc is or was a big man on campus. And what’s that pendant he’s wearing? Might it be a clue? In addition, it seems like Broccoli drops a little hint in the video at the top of this post: “It’s always raining at least two men when I’m around,” he says.

If so, it would just be the latest breadcrumb the Fox series has dropped, even before the new season begins: In July, the network released a promo that contained stealth clues related to the new batch of singers… even before the costume names had been announced!

The Masked Singer‘s Season 4 premiere will air on Wednesday, Sept. 23 at 8 pm. This season will be the first in which fan votes will affect which singers stay and which go (and are then unmasked)… but that may not work the way you’d think it would.

Press PLAY on the video above to see Broccoli in action, then hit the comments: Got any early guesses as to the green guy’s I.D.?