If NBC hadn’t ended The Brave‘s mission after its freshman run, Season 2 of the military drama would’ve taken an improvised explosive device to storylines (and at least one fledgling romance) established in Season 1.

“I wanted to eliminate the two or three things about the show that seemed like hurdles,” series creator Dean Georgaris told TVLine in a recent interview. First order of business? A complete change of location.

“The whole team was going to be moved to Europe, because they were going to take the place of a British team that had mysteriously all been killed,” he said. And then when a major Season 1 character would’ve been murdered (more on that in a moment), it would have resulted in a good chunk of the headquarters-like Defense Intelligence Agency relocating to Europe, too.

Viewers will recall that the Season 1 finale — which became the series finale when The Brave was cancelled in May 2018 — found the special ops team working with a former operative with a vendetta against Patricia. He eventually tried to blow her up, but Preach took the brunt of the explosion by putting himself between his boss and the blast. And later, when the former operative tried once more, Dalton shot and killed him and exhibited very little remorse. (Refresh your memory with our recap.)

But what major loss would’ve seriously messed with Dalton and his team? Which members would’ve had to go undercover as a married couple for the entire season? Who would Dalton have slept with? And for the love of all that is holy, would Preach have lived?!?

Lucky for us — and you — Georgaris exclusively shared his Season 2 pitch for the show with TVLine. Aside from a few lucky fans who heard some of these details in a private call with the executive producer around the time of the series’ cancellation, this is the first time anyone’s gotten an update on what would’ve become of Jaz, McG, Amir & Co. had the series continued. Read on for the best bits: 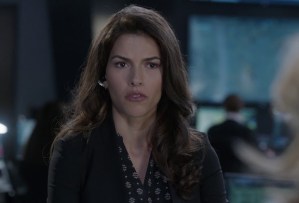 GOODBYE, HANNAH | Sofia Pernas’ character would have returned to her field roots, joining the gang in Budapest to track down whoever killed the other team. And doing so would’ve made her realize how much she doesn’t belong behind a computer. So she would have told her secretly lovelorn co-worker Noah (Tate Ellington) that she wasn’t planning to return to headquarters in the States… and then would have turned around in her European apartment to see a figure in black who would have killed her (!) at the end of the Season 2 premiere.

ALL TOGETHER NOW | In the aftermath of Hannah’s killing, Patricia and Noah would have moved to Europe, as well. “So you were going to have all seven characters in the same city,” Georgaris explained, speaking to a suggestion we made after Season 1 ended. “There was going to be a season-long arc of figuring out who murdered Hannah, and if it was the same people who murdered the team that our team replaced.”

NEW GIRL | The season would have introduced Mia (codename: Casper), the sole survivor of the British team massacre. “Mia is the wildcard in our season-long arc of finding the people behind Hannah’s death,” the pitch reads. “Sometimes, she will be helpful. But then, just as we’re starting to trust her, we’ll pivot and realize she’s holding back.” Mia also would’ve had an extreme, the-ends-justifies-the-means worldview, which Dalton would’ve found hella hot. Add in the fact that he would’ve been more than a little messed-up after the events of the Season 1 finale, and you know where this is going: Mia and Dalton would’ve slept together. 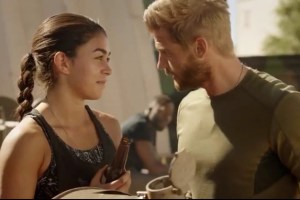 WHAT ABOUT JAZ?! | Meanwhile, Jaz — with whom Dalton had the start of a slow-burn attraction toward the end of Season 1 — and Amir would’ve been living together undercover, posing as man and wife. The fact that they are polar opposites would’ve caused both drama and hilarity, especially after Amir would have started to develop feelings for his new roommate. “And then you were going to have a love triangle between Dalton, Jaz and this new character,” Georgaris said. “It was really juicy.”

PREACH! | “Preach was going to survive,” Georgaris assures us. “He was actually going to end up rotating home after the second season, was the plan.” He also was going to room with Maguire and deal with a health issue of his own: Preach’s inner ear would’ve been messed up from the explosion, giving him terrible bouts of vertigo that he would’ve tried to soldier through in order to make it through his last year of military service. At the same time, McG would’ve started volunteering at a medical clinic, which would’ve stoked what might have been his true calling: to be a doctor. — With reporting by Vlada Gelman

Does this satisfy your Brave cravings? Do you miss the show? Sound off in the comments!