Warning: This post contains spoilers from Monday’s Season 1 finale of The Brave.

The Brave wrapped its freshman season Monday with a murder and two members of the team out of commission — one perhaps permanently so. 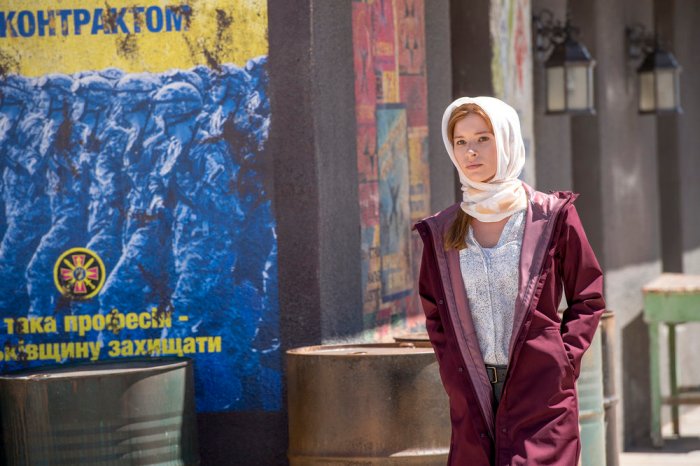 “Close to Home, Part 2” continues the story set up in the previous episode: Rogue United States operative Alex Hoffman (played by Big Little Lies‘ James Tupper, real-life husband to Brave star Anne Heche) has information about the missing teenage hacker Verina, but he refuses to share it. When his former handler, Patricia, arrives at the base where Dalton and his team are holding Hoffman, we quickly learn that Campbell was complicit in a U.S.-sanctioned hit on Hoffman nine years before. She’d thought him dead, but she has zero remorse about what happened: His penchant for bribes, background deals and murders led her to do what she did, she says. And in the years since, he’s been involved in corporate espionage and killings for hire, so it’s not like he suddenly grew a conscience and became a Boy Scout, anyway. As Campbell begs Alex to “Spare the girl. She’s an innocent,” Dalton privately worries that Patricia eventually will take her former agent back into the fold. “With a guy like that, you do one thing,” Dalton says: “You put him down.”

When a U.S. submarine’s navigation system is hacked, putting it on a course for Chinese waters that will certainly cause an international incident, Dalton and the gang are sure that Hoffman is working for China. And they’ve got three hours before the U.S.S. Wyoming is in Chinese jurisdiction. Even worse, the sub’s captain is planning to sink the vessel — killing all 151 crew members — rather than have the technology and weaponry fall into enemy hands. 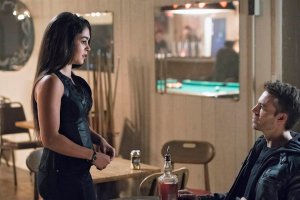 Hoffman seems to soften a little, helping Dalton’s team set up a meeting with his contact Victor, aka the guy who’s holding Verina but whose face they’ve never seen. And once the team learns Victor is British and likes beautiful women, Jaz takes down her hair, dons a little leather and heads to Victor’s favorite bar to smoke him out. (Natacha Karam also rocks her real accent — or something close to it — as part of the disguise, which is fun.) McG plays the part of Jaz’s jealous boyfriend; they stage a loud argument in the hopes that Victor will out himself by rushing to her rescue, and he doesn’t disappoint. And when Jaz slips the baddie her number later, the card she writes it on happens to contain RFID fibers that allow Noah and Hannah to track him to his hideout.

So all that’s left is for Dalton, McG, Jaz and Amir — with Hannah and Noah’s help — to quietly storm Victor’s compound and infiltrate, right? (Patricia and Preach stayed back at the base with Alex.) Except when they got inside, Victor had put bullets through the computers Verina had been forced to use, seemingly condemning the submarine’s crew to death. But as Noah begged the sub captain to hold off on his suicide mission, Verina calmly mentioned that she could walk the tech whizzes at headquarters through the necessary steps to bring the ship back online. (It involved a loophole that granted her access via the Wyoming’s entertainment network.) When it works, everyone cheers, and Hannah and Noah share an awkwardly charged celebratory hug. 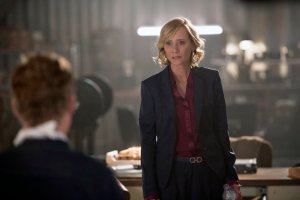 Back at the base, Patricia thanks Alex for helping them save Verina and the sailors, but turns out, he’s still pretty bitter about her part in his attempted murder. “If you really wanted to thank me, you’d apologize for betraying me like you did,” he said, adding that “This time, it’s your turn” to die. Then he kicks over a table, knocking to the ground his flip phone… which is actually a bomb. Preach realizes what’s happening before Patricia does; he leaps in front of Campbell, shielding her from the worst of the blast, as Alex gets away.

Campbell is in the hospital but doing OK. Preach is far worse off, unconscious and badly injured, and his teammates can’t find Dalton, who has ditched his comms and gone off the grid. Turns out, he’s lying in wait for Alex, who tries to draw some parallels between them. But when Hoffman pulls Preach’s sidearm, intending to kill Dalton, Dalton does the deed first. “I won’t say anything if you don’t,” Adam tells the wounded Hoffman, then finishes him off with a few more bullets. Yay!… but is this how the moral slide started for Hoffman, too?

At the hospital, Dalton and his group wait by Preach’s bed, and that’s where the episode — and maybe the series? — ends.

Now it’s your turn. What did you think of the episode? Grade the finale via the poll below, then hit the comments to back up your pick.