THE SHOW | I May Destroy You

THE PERFORMANCE | Commit the name Michaela Coel to memory; you’ll be hearing it a lot, and rightly so. The leading lady, creator, writer and often co-director of HBO’s new dramedy — the darker love child of Insecure and Fleabag — has a gift for making us feel like we’re not watching an actor act but watching a person… be.

In fact, so natural, and naturally likable, a performer is Coel that it took all of a minute of the premiere for us to fall for her character, Arabella, a brilliant disaster with a smile that’s brighter than her pink hair. That being the case, we were gutted by Sunday’s installment, in which it slowly dawned on the author that she wasn’t imagining the way her night out with pal Simon had ended, she really had been raped.

Initially, Coel played Arabella with a familiar lightness; she was even willing to believe that strong winds, not a roofied drink, had made it hard for her to stand. But little by little, the actress dimmed her innate radiance as Simon’s shadiness brought Arabella to the brink of contemplating a worst-case scenario that she’d banished from her mind.

When at last Arabella reported her recollections to the police — right down to the rapist’s eyes — she was asked at whom he’d been looking. Only then could she no longer deny the awful truth: Someone hadn’t been assaulted, she had. In that moment, Coel, words failing Arabella, hid her face in her jacket. But we’d already seen enough to know that her portrayer is a star whose rise is just beginning. 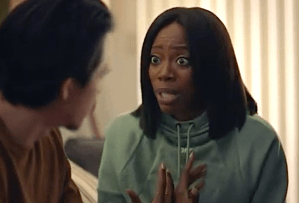 HONORABLE MENTION | Stop everything, go back and rewatch the moment in Insecure’s finale when Andrew asks Molly whether their ill-fitting romance is really what she wants. In the seconds that follow, you’ll see her portrayer Yvonne Orji crystallize, with nothing more than her shifting expression, the relationship’s importance to her character. No, Andrew wasn’t right for Molly. But the loser-at-love was determined to get it right. For once. Throughout “Lowkey Lost,” Orji had played up that disconnect, showing us how hard Molly was trying not to notice how hard Andrew was having to try. When at last he called it quits, the actress not only painfully embodied Molly’s desperation, she pulled off an even trickier feat: She made us see fading before Molly’s eyes her faint hope of labeling as growth her willingness to change for a guy. 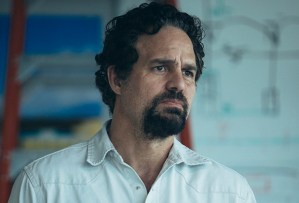 HONORABLE MENTION | For five weeks, we’ve watched in awe as Mark Ruffalo played two very different brothers in the gut-wrenching miniseries I Know This Much Is True; for most of Sunday’s finale, he portrayed only Dominick Birdsey, but Ruffalo’s performance was no less astonishing. In the wake of — spoiler alert! — his sibling Thomas’ death, Ruffalo played Dominick’s grief and guilt with a rawness that was almost unbearable to watch, agonizing over the memories of Thomas’ tumultuous childhood. And though the finale climaxed with Dominick’s public dressing-down of his stepfather, Ruffalo was equally commanding in the quieter scenes, like Dominick’s sincere apology to his ex-wife later in the episode. HBO’s limited series may have been harrowing, but we know this much is true: Ruffalo has never been better. 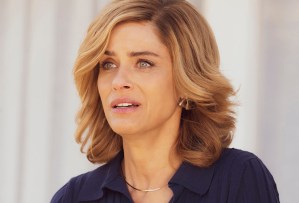 HONORABLE MENTION | It gave us no pleasure to watch as Dirty John‘s Betty was repeatedly gaslit by her own husband in Tuesday’s episode… except for how much we enjoyed Amanda Peet‘s work as Betty unraveled. As Betty grew more convinced that Dan was cheating on her with colleague Linda — only for Dan to repeatedly deny it — Peet tapped into the heartache and dark humor of the situation. One moment, Betty was treating herself to an extravagant dinner, daring Dan to admit he was cheating as she relished having the upper hand; the next, she was breaking down in tears as Betty questioned the foundation of her entire relationship. And when Betty finally learned she had been right about Dan the entire time, Peet sold that moment with a maniacal burst of laughter, leaving us anxious to see what Betty — and the woman who plays her — will do next.