We’ve got questions, and you’ve (maybe) got answers! With another week of TV gone by, we’re lobbing queries left and right about shows including Homecoming, Snowpiercer, Insecure and Agents of S.H.I.E.L.D.! 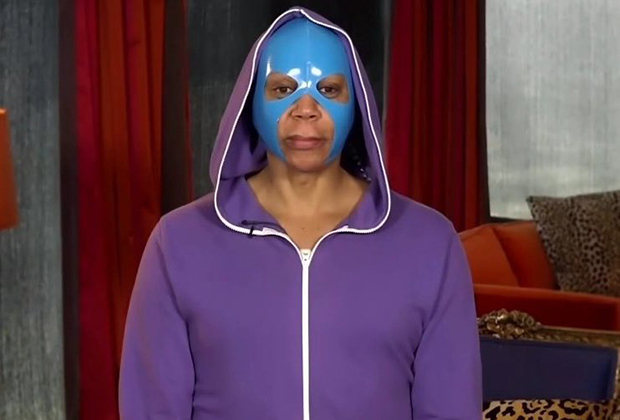 1 | Were you disappointed that Drag Race‘s Season 12 reunion completely skirted around the disqualified elephant in the room? And what in the luchador hell was RuPaul thinking when he put this look together?

2 | Real Time With Bill Maher isn’t ever going to drop the clunky laugh track from his monologue, is it?

3 | In Homecoming‘s Season 2 finale, how exactly was Joan Cusack’s nefarious G-woman Bunda able to stay lucid and mobile long enough to make her way from the lobby of Geist’s main offices to his farmhouse while under the influence of you-know-what?

4 | With Killing Eve‘s recent run of surprise resurrections — Niko, Konstantin and Dasha just in the past two weeks — is it safe to say that no one is ever really, definitively dead on this show? Should we hold out hope for poor Kenny, then? 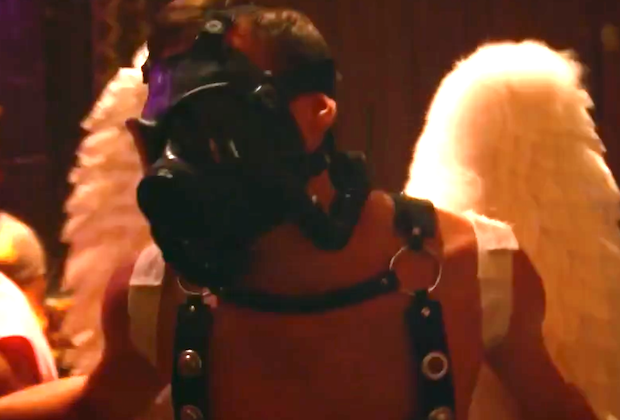 5 | Unless Snowpiercer‘s “Mr. Wilford” was anticipating unticketed passengers who might need punishment, why does the tail have an apparatus built into the wall to “take a significant arm”? Are we to think that this Night Car partier packed this get-up before boarding the train? Also, is the show saying that one cattle car housing maybe 20 heads was feeding a good chunk of the 1,001-car train? Forever? And finally, does anyone else feel they’re being “spoiled” by TNT’s commercials, which it is becoming more and more clear use footage from much later in the season?

6 | Was Sunday’s Issa-free Insecure designed to make us invest more in Molly’s pretty-superficial relationship with Andrew? Did it, uh, work?

7 | For as sick as Vida‘s Emma was in this week’s episode, wasn’t it refreshing that we weren’t subjected to actually seeing any (fake) vomit?

8 | Is Titan Games‘ director determined to make the action not followable, with the incessant cutaways to both The Rock and the commentators? Also, did anyone worry that this week’s runner-up suffered a concussion, the way he wobbled away from that hard fall?

9 | Is Amy Schumer Learns to Cook — in which the titular novice made some very funny double entendres about tacos this week — offering a Food Network sauciness you never knew you always needed? 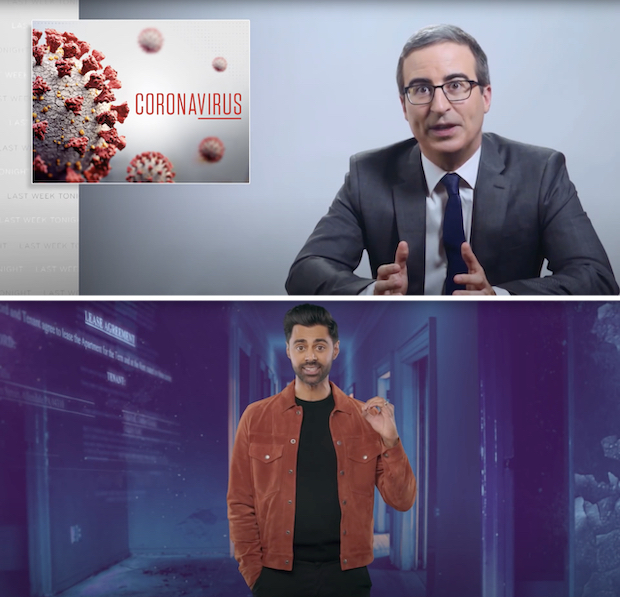 10 | Are HBO’s Last Week Tonight With John Oliver and Netflix’s Patriot Act With Hasan Minhaj putting all other late-night shows to shame with their exquisitely produced at-home editions?

11 | Is it kinda wonderful that DC’s Stargirl spent what had to be significant VFX dollars on S.T.R.I.P.E.’s purely comical training montage?

13 | For those of you who subscribed to HBO Max: What was the very first thing you watched upon its launch on Wednesday?

14 | Two Legendary episodes in, which house do you think will eventually reign supreme?

15 | When Mrs. America‘s Phyllis was wearing that wig at the start of the finale, did you think for a minute that the show had done a time jump?

16 | On The Challenge, was it fair game for Wes and Bananas to throw the one-handed Jordan into a pole wrestling elimination? (Were you sad to see Jordan go, or nah?) Has Dee lost her damn mind trying to backstab her friend Jenny? And do you think Jenna threw that elimination so she could go home and repair her relationship? 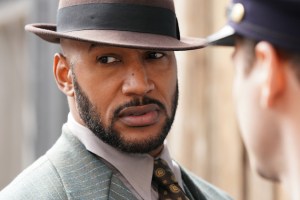 17 | Just as Agents of S.H.I.E.L.D.‘s Mack told Daisy to lose her purple hair before exploring the 1930s, shouldn’t he similarly have shaved his time-inappropriate beard?

18 | Blindspot fans, between Agent Reade and now — spoiler alert! — the dearly departed Briana, are you starting to worry that no one is safe during this final season?

19 | Did you like how Council of Dads plowed through the first Halloween, the first Thanksgiving, the first Christmas, the first New Year’s Eve and the first “Scott Day” without Scott? Also, are we to glean that Anthony is carrying a torch for Robin, ergo her sparkly Christmas gift and his indifference about Hilarie Burton’s Margot?

20 | Is Holey Moley casting “personalities” more so than people who have actually ever mini-golfed (or held a putter) before?