We didn’t get a concrete answer to the peksy Memo 618 question but The Good Fight did manage to solve another high-profile mystery in its makeshift Season 4 finale: We now know who really killed Jeffrey Epstein (well, at least we do in the series’ hilariously heightened universe).

In the closing minutes of the mostly standalone hour (which dropped Thursday morning on CBS All Access), brazen and decidedly NSFW visual evidence led viewers to believe that the disgraced financier and convicted sex offender — whose real-life prison-cell suicide last summer was greeted with widespread suspicion — did, in fact, take his own life. The twist? He apparently made good on his threat to have his brain and penis cryogenically frozen. The final shot showed both organs floating in chambers inside a secret room in the middle of nowhere.

As previously reported, The Good Fight‘s final three Season 4 episodes had to be scrapped due to the COVID-19 crisis, forcing series creators Robert and Michelle King to make the Epstein-themed seventh episode function as a season finale. Elements of the ill-fated Episodes 8, 9 and 10 — including resolution of the Memo 618 arc (and Epstein’s possible role in it), as well as a conclusion to ongoing conflict between the firm and “upstairs bosses” STR Laurie  — will be folded into the already-ordered Season 5.

Below, the Kings dissect the ersatz finale’s insane final shot, before answering several other unsolved mysteries about the show’s truncated fourth season.

TVLINE | OK, so, how — and why — did you come up with that ending?
ROBERT KING: Jeffrey had said in interviews that he wanted to save his brain and his penis. It’s a play on Citizen Kane, but instead of Rosebud being a sled it’s a frozen penis. It’s a comment on how [much] society has changed.

TVLINE | What was that props department meeting like?
ROBERT KING | [Laughs] Michelle?
MICHELLE KING | I believe that prop was manufactured in Eastern Europe. It was made for trans men so they could experiment with what it would actually be like to have a penis before they transitioned.
ROBERT KING | I would say what was weirder was editing [the episode] amid the [backdrop of a global] pandemic. We were talking about the [cryogenic] chamber itself and what we were doing with visual effects, so 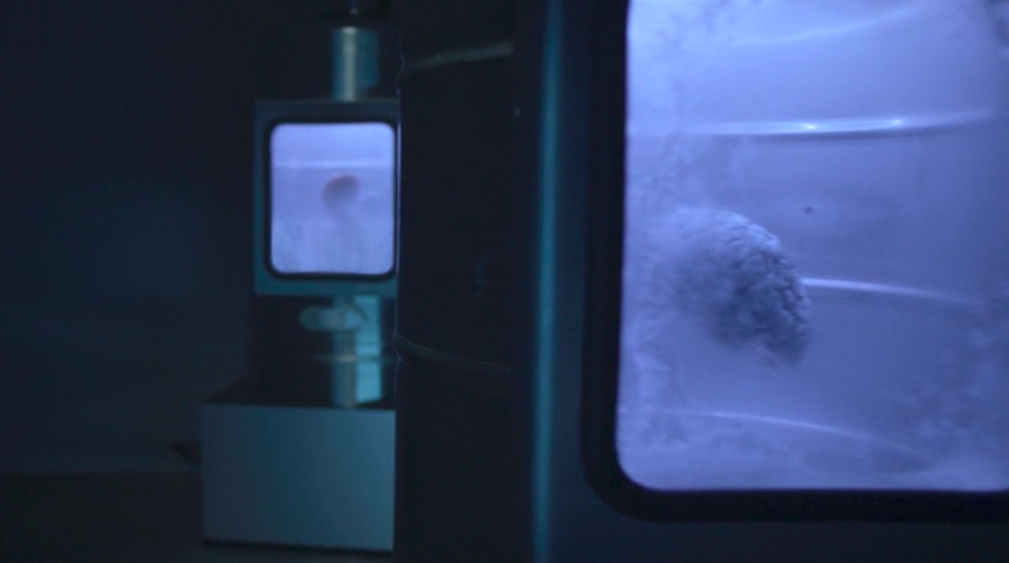 every email began with, “Now, I know this is gross and we’re in the middle of a pandemic, but… there needs to be more ice on the window [of the chamber] containing the frozen penis so you can’t [initially] see it and are forced to go much closer… ”

TVLINE | So, just to be clear, in the Good Fight universe, Jeffrey Epstein did commit suicide in his prison cell, yes?
ROBERT KING | Yes, Jeffrey Epstein killed Jeffrey Epstein because he didn’t want to spend life in prison and he wanted to preserve his brain and penis so it could someday be reattached to… God knows what. The real [commentary] here is that [the] ‘Pizzagate[s of the world may] not just be a function of [conspiracy theorists]. In talking about Epstein you get driven down a crazy rabbit hole of conspiracy theories bumping into all the major names of the past 20 years.

TVLINE | Delroy Lindo announced earlier this year that he was leaving the show at season’s end to star in the potential ABC drama series Harlem’s Kitchen. Will he be back in Season 5 to complete Adrian’s story?
MICHELLE KING | Well, obviously we weren’t able to end that story with the kind of elegance we were hoping to had we had [all] 10 episodes. We adore Delroy and we adore [the character of Adrian], so we’re going to have to see what the world looks like when it comes time [to shoot] Season 5.
ROBERT KING | We want to continue the story of him and Charlotte and that relationship, and him being pursued by the Democratic party [to run for President]. Our hope is to get Delroy back to finish that story. We just don’t know where we will all be post-pandemic. 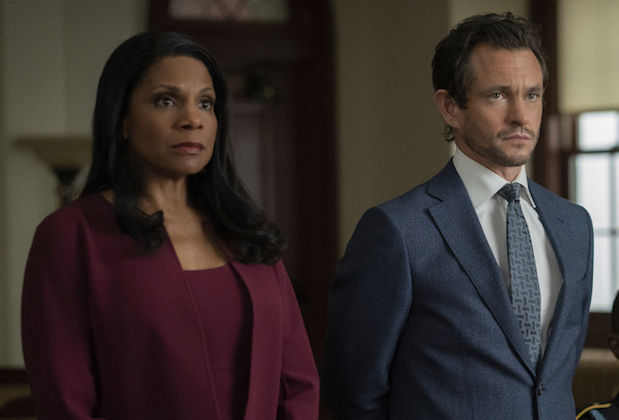 TVLINE | Hugh Dancy’s Season 4 guest arc as Caleb was similarly cut short. Will he be back to wrap up his romantic story with Liz [Audra McDonald]?
ROBERT KING | We have a great story [we still want to tell about Liz and Caleb]. It’s about how biracial power relationships can’t help but have certain micro aggressions that tend to tear people apart. So what we want to do is get Hugh back for next season. We all got along famously and he was having fun.
MICHELLE KING | Because who wouldn’t want to act opposite Audra McDonald and Sarah Steele?

TVLINE | Did you make any adjustments to Episode 7 when you realized it would have to function as a season finale?
ROBERT KING | Yes. We had shot four days into Episode 8 when the plug got pulled. It wasn’t enough material to do a [complete] Episode 8, but what we did have was the [footage of] Julius Kane getting arrested. So that was one of three scenes from Episode 8 that we were able to edit into Episode 7.