Another Good Fight series regular is stepping out of the ring.

Original cast member Delroy Lindo, who has played Adrian Boseman on the CBS All Access drama since its inception, has opted to leave at the end of the upcoming fourth season, TVLine has confirmed. According to Deadline, which first reported the news, Lindo already has his next gig lined up: He’s in talks to star in ABC’s family restaurant drama pilot Harlem’s Kitchen. 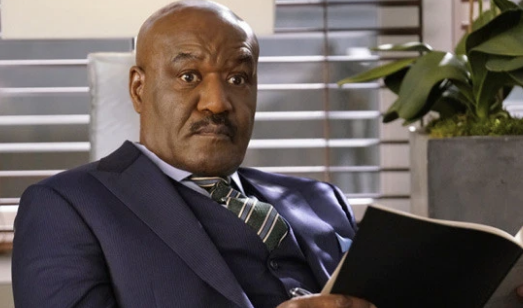 “We will miss Delroy dreadfully,” said series creators Robert and Michelle King in a statement. “He was both a figurehead for the show, but also a figurehead for the fictional firm. He combined comedy and Shakespearian drama in a perfect balance. We know he wanted to try different things, and although we’ll miss him, we hope we can get him back occasionally as a guest star. So SPOILER ALERT: we won’t be killing Adrian Boseman.”

Added Lindo in his own statement: “My time working on The Good Fight has been a rich and rewarding collaboration with Robert and Michelle King. The lines of communication between us have always been open and respectful, and that’s made the journey of creating Adrian Boseman deeply gratifying. A heartfelt thank you to Robert and Michelle, Brooke Kennedy and the formidable and stellar ensemble of actors, who have also contributed deeply to my joy working on The Good Fight.”

The Good Fight has weathered a number of high-profile onscreen exits in its first three seasons. Departed series regulars include Justin Bartha, Erica Tazel and, most recently, Rose Leslie.