THE PERFORMANCE | They say you don’t know what you’ve got till it’s gone. But The Walking Dead made sure that we knew what we had in Gurira even as she was still going, going…

For the estimable leading lady’s final episode, the AMC drama dreamt up a trippy-as-hell hour that allowed her to not only play a soulless Sliding Doors version of Michonne but remind us why, right from the start of her seven-season run, the character had been such a beloved badass. One minute, Gurira put on display the ferocity and intelligence that had made her counterpart such a force to be reckoned with on the battlefield; the next, the actress peeled off her alter ego’s armor to reveal a vulnerability that was as palpable as your own heartbeat.

Then, in the episode’s farther-out moments, Gurira didn’t just go for broke, she went for whatever comes after broke. She played the heroine’s harrowing hallucination of a reunion with the late Siddiq like the kind of waking nightmare that could put even a viewer in a straitjacket, and so thoroughly, scarily inhabited the alternate-reality Michonne who met Negan, not Andrea, that she made the Saviors’ former leader look like Mr. Nice Guy.

So we got it, Walking Dead. We got it. We know — and actually have long known and appreciated — what we had in Gurira. To say that she will be missed is akin to saying that Michonne’s hand would feel empty if it wasn’t gripping her trusty katana. 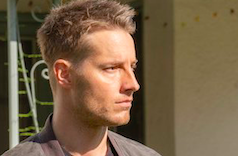 HONORABLE MENTION | A downright brutal clash between Randall and Kevin in Tuesday’s This Is Us finale brought out the absolute worst in the warring siblings while also exposing the best in the latter’s portrayer, Justin Hartley. After getting pushed to the emotional brink by Randall, Kevin quietly, chillingly confessed to his brother, “I used to think the worst thing that ever happened to me was the day Dad died. [But] it’s the day they brought you home.” That Hartley delivered the line of dialogue — arguably one of the most vicious in the show’s history — with such nonchalance made it that much more devastating. But moments after Kevin landed the knockout punch, we could see the weight of the words slowly hit him, courtesy of Hartley’s subtly shifting body language. Without saying a word, Hartley let us know that the verbal grenade wounded Kevin just as much, if not more, than it did Randall. 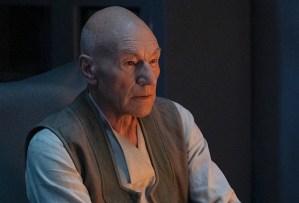 HONORABLE MENTION | Star Trek: Picard‘s finale hit us with a barrage of shocking twists, but the great Patrick Stewart anchored all of it with a sweepingly emotional performance. To protect the synth world and his new friends, Jean-Luc faced down death with a stiff upper lip, and Stewart imbued him with a steely resolve that belied his advanced age. Jean-Luc did succumb to a fatal brain abnormality, and his poignant final goodbye with his old pal Data was an acting masterclass, with Stewart brushing off his Shakespeare expertise to read a passage from The Tempest. Stewart’s thoughtfully crafted update on his beloved Trek character has been a highlight of Picard‘s freshman season — and since (spoiler alert!) Jean-Luc was resurrected as a synth, we can’t wait to see where he boldly goes next. 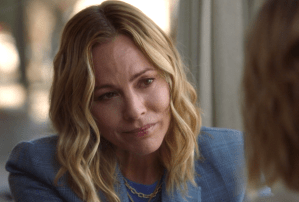 HONORABLE MENTION | When NCIS‘ Jack learned that her daughter is pregnant, the good news delivered with it a bad wrinkle — for family health history reasons, Faith needed to know who her father is. That inquiry evoked great conflict for Jack, fueling Maria Bello‘s best work ever on the CBS drama. Faith was the product of a college rape, so Jack needed to seek out her attacker and clue him into their kid. During that uneasy reunion, Bello brought out a never-seen ferocity as Jack refused to entertain her rapist’s spin that what happened years ago was but a drunken hook-up. Later, when Faith told Jack she suspected there was more to her parents’ past, Bello broke our heart as Jack admitted that she had worried the “damage” of being raped would keep her from loving her baby. “I wanted to protect you,” she said — which she did, Faith affirmed, by giving her up.