THE PERFORMANCE | We already knew that Bryant could make us laugh from her time as a Saturday Night Live cast member. (Full disclosure: “Do It on My Twin Bed” happens to be a staple in our YouTube rotation.) But in a pivotal episode of her new Hulu dramedy Shrill, Bryant proved she could make us cry, too, with a stunning, triumphant performance that drilled all the way down to the root of her character Annie’s lifelong insecurity.

Annie is overweight, and she’s actually fine with that, thanks for asking; much of Shrill centers on her learning to accept herself even when the world has told her not to all her life. In Shrill‘s fourth episode, she got a big confidence boost when she attended a “Fat Babe” pool party filled with plus-size people wearing swimsuits and having fun in the sun without fear of judgment. Bryant played Annie’s epiphany with masterful subtlety: At first, Annie was guarded (we see in flashbacks that she avoided the pool as a kid), but eventually, she got fully into the spirit… and the pool. The sheer, unfettered joy on Bryant’s face when Annie finally let herself dance with abandon along with her new friends was positively infectious — and damn near revolutionary. Later, Annie tearfully voiced her frustrations with her boss’ fat-shaming to her friends, with Bryant unloading decades’ worth of pain and shame in a single rambling monologue.

Shrill‘s message of self-love at any weight is a powerful one, not to mention long overdue, and it comes across thanks to Bryant’s delicately empathetic, admirably resilient performance as Annie. We don’t exactly want her to leave SNL anytime soon… but now we’re extra excited to see what she does next. 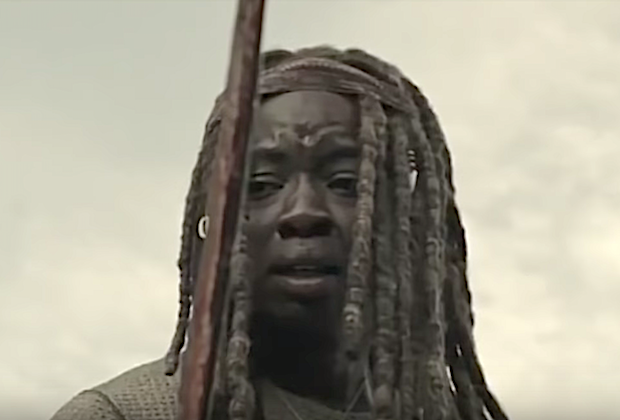 HONORABLE MENTION | Whether you saw The Walking Dead‘s “Scars” as killer or filler, you have to agree that Danai Gurira‘s performance was beyond masterful. As we flashed back to the incident that forced Michonne to put down not only a long-lost friend but the murderous children in her “care,” the actress so vividly depicted the horror of the scenario that it was entirely believable that her character would emerge from the experience shattered and wary. And Gurira was just as impressive, though in an altogether different way, when in the present daughter Judith questioned the way Michonne had fearfully shut off their community. In that moment, Gurira’s expression, a portrait of sorrow and remorse, cut as deeply as a blow from Michonne’s katana. 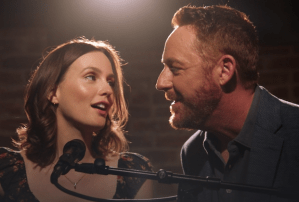 HONORABLE MENTION | The Orville this week delivered this TV season’s sweetest romance thanks to an instantly engaging two-hander by Scott Grimes and guest star Leighton Meester. For this story to work, we had to believe that Gordon fell head-over-heels in love with the young woman he simulated via her centuries-old iPhone data. Between Grimes’ winning earnestness and Meester’s perfectly modulated portrayal of a regular (if luminous) gal, the result was just beautiful — so much so that when Ed, Kelly et al started to warn their helmsman about steering into unhealthy territory, we dreaded the eventual outcome. Heck, even the fake-out that “deleting” some code had turned Laura into a serial dater broke our hearts for a beat! Capping the pair’s performance was their performance of an endearing duet. Laura may not have been real, but what The Orville made us feel very much was. 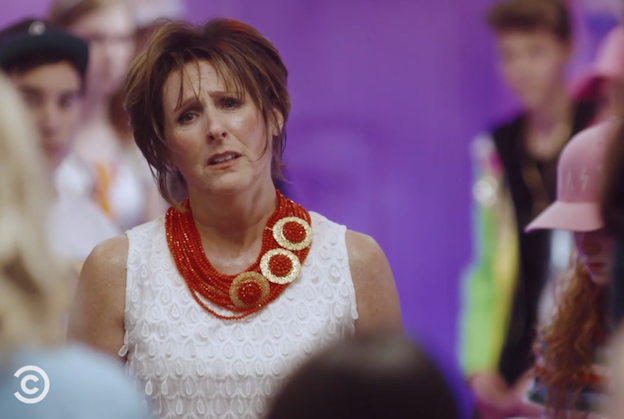 HONORABLE MENTION | Who knew The Other Two‘s Pat Dubek had so many layers?! Thursday’s episode found Chase’s mom finally confessing the truth about her late ex-husband’s death, and the scene gave series star Molly Shannon a chance to inject some gravitas into her daffy character. Pat wound up shouting, in a plane crowded with preteens celebrating Chase’s first album, that her alcoholic husband died drunk on their roof in the frigid cold after peeing himself. “He was the only man I ever loved. I did not want him to be a f—king joke,” she said, Shannon edging Pat’s voice with frustrated tears as she made it clear that the character’s isn’t-this-a-hoot? sensibility all season long was just a big smokescreen. The moment was absurd, but Shannon’s performance was incredibly moving. Are we looking forward to seeing what she does in the finale and next season? Heck (Year of) Yes!