Cue up the “Pennsylvania Polka”! (Or actually, let’s not.)

In a new Jeep Super Bowl commercial released Sunday, Bill Murray reprises his role of Phil Connors from the 1993 film Groundhog Day, once again waking up in western Pennsylvania to the nightmare he thought he left behind. In the movie, Phil relives his day over and over, only to wake up and do the exact same things over again because he’s stuck in a time loop.

In the new ad, Phil has quite the surprise coming. “Oh, no,” repeats Phil as he wakes up to the tune of Sonny & Cher’s “I Got You Babe” blaring from the clock radio. Oh, yes.

You can probably guess the hilarity that follows. As Phil leaves his bed and breakfast and rounds the corner, he runs smack dab into Stephen Tobolowsky’s Ned Ryerson. “No, not you!” says Phil as he dodges the over-eager acquaintance. This time, Phil’s got a new Jeep to play in. “Hey, you’re going to freeze to death,” an onlooker says to Phil, who has the truck’s top down. “Who cares? See you tomorrow!” he replies.

Thanks to his new ride, Phil leaps out of bed each morning with excitement, a stark contrast to Murray’s movie misanthrope. Phil 2.0 is, of course, joined by Punxsutawney Phil riding shotgun. 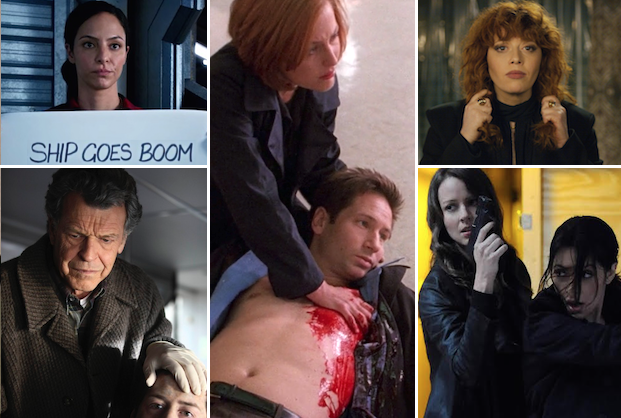 The spot is just one of several high-profile commercials that have been released ahead of Sunday’s face-off between the Kansas City Chiefs and the San Francisco 49ers. Others include a Mountain Dew ad, which finds Bryan Cranston and Tracee Ellis Ross recreating The Shining, a Boston-themed Hyundai commercial that stars John Krasinski, Chris Evans and Rachel Dratch, and an Audi musical spot starring Game of Thrones‘ Maisie Williams.

What did you think of this Groundhog Day redux? Leave your comments below!