Zack Morris and Jessie Spano’s progeny will be among the student body at Bayside High.

Not revealed in the character breakdowns is whether Kelly is Mac’s mother, or Slater is Jamie’s father.

As previously reported, original cast members Mario Lopez and Elizabeth Berkley are set to star in the single-camera revival, which hails from Tracey Wigfield (30 Rock, The Mindy Project). Gosselaar is also set to guest-star in three episodes (and serve as an executive producer), while Tiffani Thiessen is expected to appear in “some capacity.” 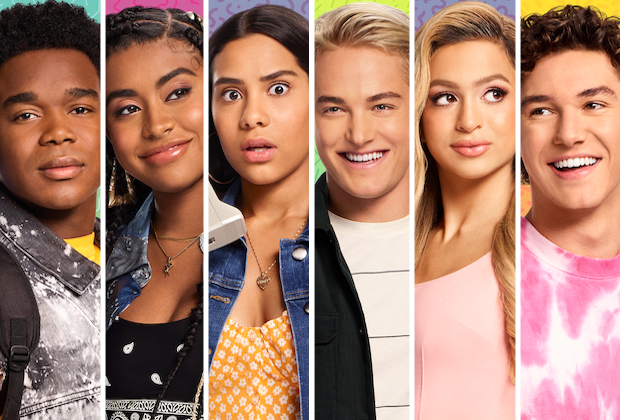 According to the official logline, Zack — who is now the governor of California — lands in hot water for closing too many low-income high schools. When he suggests sending the affected students to the highest-performing schools in the state, including Bayside High, the influx of new students “gives the overprivileged Bayside kids a much-needed and hilarious dose of reality.”

Rounding out the new additions are Haskiri Velazquez (The Birch) as Daisy, a “smart, ambitious” sophomore who attends Bayside after her high school gets shut down; and Alycia Pascual-Pena (Chase) as Aisha, Daisy’s “ultra-competitive” BFF who tries out for Bayside’s football team. They join previously announced franchise newbies Josie Totah (Champions) as sharp-tongued cheerleader Lexi, and John Michael Higgins (Great News) as the beleaguered Principal Toddman.

Are you excited for Peacock’s Saved by the Bell revival? Drop a comment with your thoughts below.