Saved by the Bell has found its new Mr. Belding. 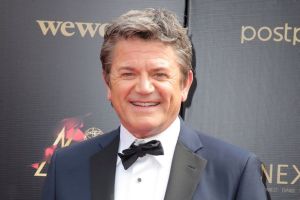 TVLine has learned exclusively that the in-the-works revival from NBC’s forthcoming streaming service Peacock has tapped veteran character actor John Michael Higgins — whose credits include the Pitch Perfect trilogy and the sitcoms Happily Divorced and Great News — to play Bayside High’s newest principal. He succeeds Dennis Haskins, who played Principal Richard Belding in the original Saved By the Bell series and its various offshoots.

Higgins’ beleaguered character, Principal Toddman, is constantly being pranked by his privileged students and yelled at by their entitled parents. But all this changes when Bayside gets an influx of new, low-income students and Toddman gets a second chance to really make a difference.

As reported back in September, original cast members Elizabeth Berkley and Mario Lopez are returning for the revival, which will be shepherded by Tracey Wigfield (30 Rock, The Mindy Project). Mark-Paul Gosselaar’s Zack Morris also figures into the new series — he’s now the governor of California! — although the actor has said publicly that he has not been approached to reprise his role.

Saved by the Bell originally aired on NBC from 1989 to 1993, centering on a group of friends as they navigated life at Bayside. The cast included Gosselaar, Berkley (as Jessie Spano), Lopez (as A.C Slater), Tiffani Thiessen (as Kelly Kapowski), Lark Voorhies (as Lisa Turtle), Dustin Diamond (as Screech) and Haskins (as Mr. Belding).