Snowpiercer will finally pull into the station this spring — nearly five years after the small-screen adaptation was first put into development.

The post-apocalyptic drama will premiere on Sunday, May 31 at 9/8c, it was announced Wednesday. Based on the critically acclaimed graphic novel (which was first adapted for film by Parasite director Bong Joon Ho in 2013), the TV version is “set more than seven years after the world has become a frozen wasteland” and “centers on the remnants of humanity who inhabit a perpetually moving train, with 1,001 cars, that circles the globe,” according to the official logline.

The TV version of Snowpiercer has been chugging along for quite some time now: The project was first announced in November 2015, before a pilot was ordered in November 2016. Season 1 was commissioned in January 2018, then showrunner Josh Friedman (Terminator: The Sarah Connor Chronicles) was replaced by Graeme Manson (Orphan Black). Then in May, WarnerMedia announced the show would no longer air on TNT and instead air on sister network TBS… only to reverse that decision come October. Production is already underway on Season 2.

Press PLAY on the video above, then scroll down to view the Season 1 key art. 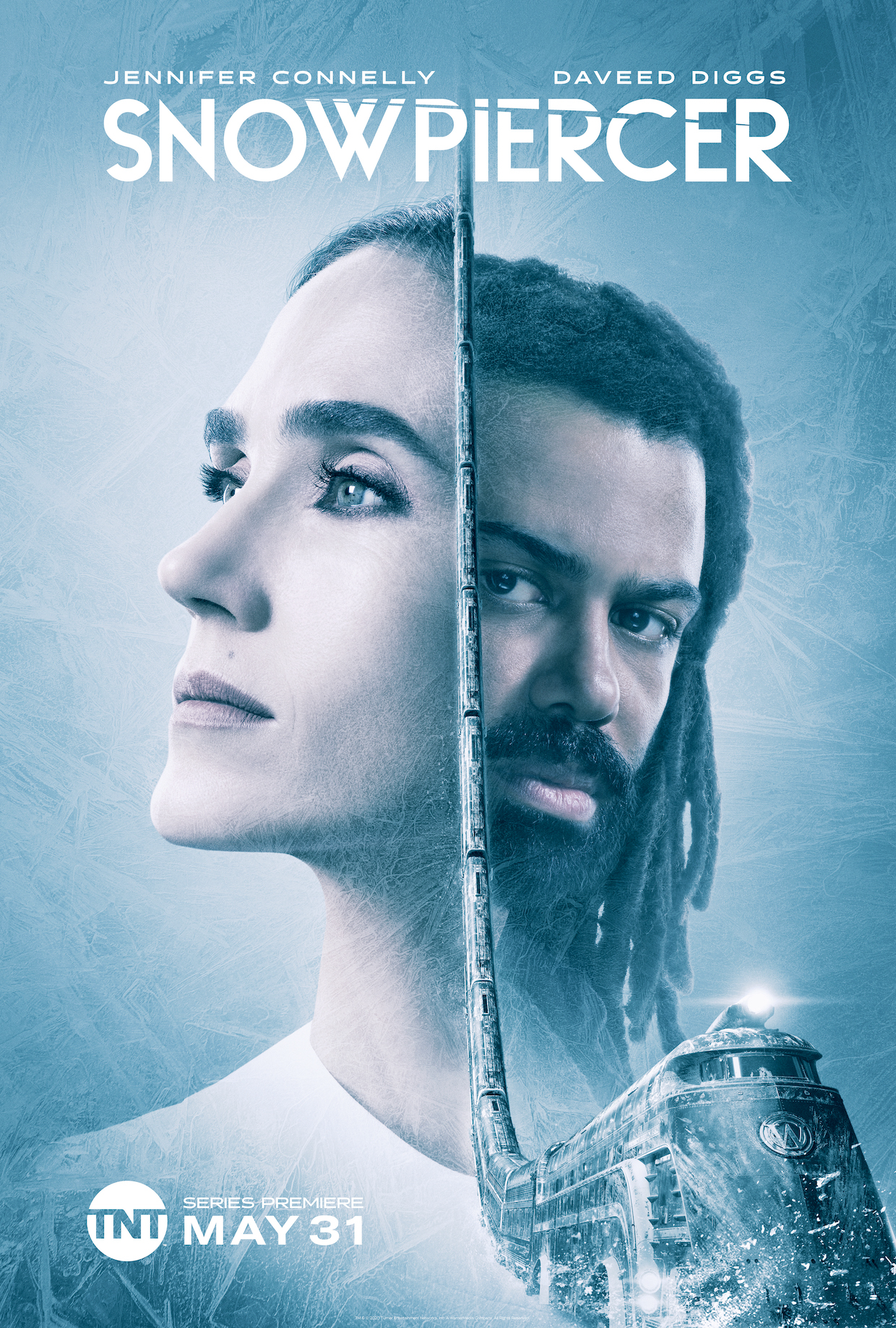