The Crisis on Infinite Earths indeed proved inevitable (as a certain comic book character might put it) when the Anti-Monitor’s anti-matter wave laid waste to the Arrowverse‘s last Earth standing. And yet just before Earth-One got 86’d, Pariah transported the seven Paragons to a hiding place, the Vanishing Point, where they (hopefully) have been plotting a fix for the universe’s eradication.

But for how long have the Paragons been on their own, when Part 4 arrives (Tuesday at 8/7c on The CW)? And what sort of final showdown can we expect, in the special Legends of Tomorrow episode hosting the crossover finale at 9 pm? TVLine invited Caity Lotz to tease the two-part closer, as well as Legends‘ coming season, best she could. (Read TVLine’s QuickCap of Parts 1, 2 and 3, if you need a “Crisis” catch-up.)

TVLINE | As Part 4 opens up, for how long have the Paragons been stuck at the Vanishing Point?
You know, I’m trying to figure out what it actually was and what I told myself in my head…. I think it’s a long time, I feel like it’s two years…? But you’ll have to ask a writer for the exact answer.

TVLINE | By this point, have they pretty much accepted that Lex Luthor finagled his way into their situation, replacing Kingdom Come Supes?
Yeah. I don’t think there’s a lot of trust there. But you have to accept reality, and he is there.

TVLINE | Are some heroes more antagonistic toward him than others?
Supergirl definitely has a lot of strong feelings about him! 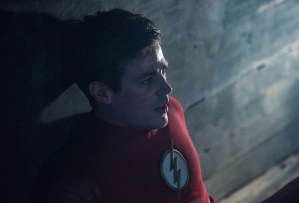 TVLINE | In the latest promos, Barry looks quite agitated. What can you say about what is going on there?
Well, everybody is kind of losing their minds a bit, and Barry is getting pretty desperate. He’s doing everything he can with his powers to figure something out, and it’s starting to get to him

TVLINE | The Vanishing Point must be the worst case of cabin fever.
For sure.

TVLINE | We also glimpse Sara looking banged up and or bloodied, out cold on some sort of table. How worried should we be for her?
You don’t have to worry too much. Then again, nobody is safe, so maybe you should worry….

TVLINE | A big part of this first episode back is Oliver appearing to the Paragons as Spectre. What range of reactions does he get in this new identity?
It’s hard because everybody just wants Oliver Queen back, and now they have Spectre. They want their friend back, but are they going to be able to make that happen, or is this it? At the same time, if he is coming in offering help, they desperately need some! 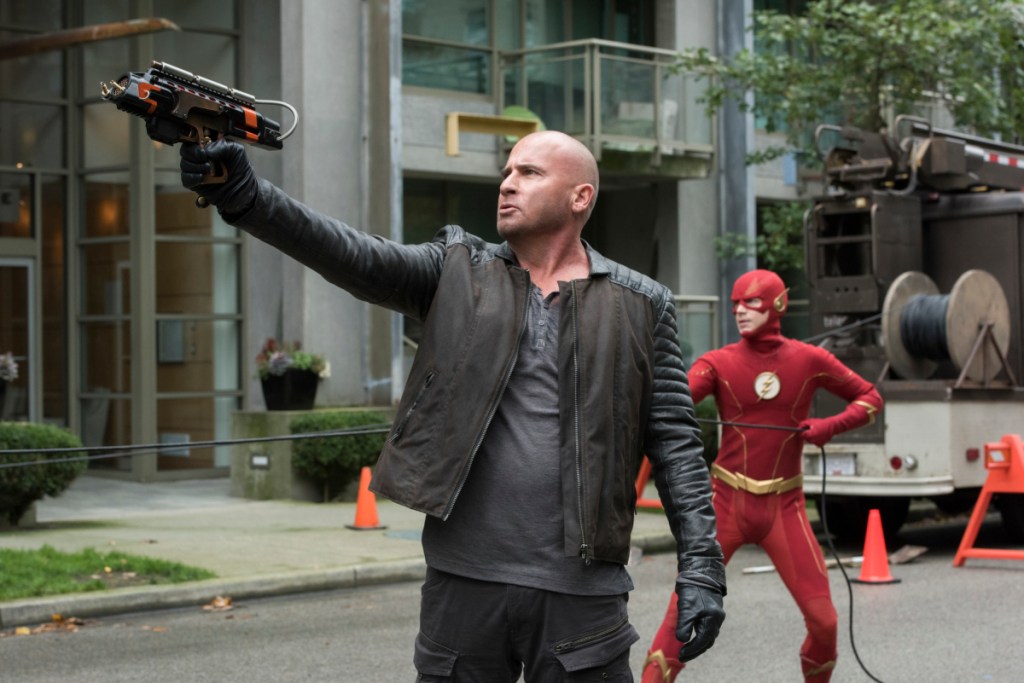 TVLINE | How would you compare this crossover event’s final showdown with the one from “Crisis on Earth-X”?
This crossover is the biggest and best one, for sure. Also, there is some fun “Legends flavor” to the final episode.

TVLINE | [Legends co-showrunner] Keto Shimizu said that the events of “Crisis” will hit Sara “pretty hard” heading into Season 5 (premiering Tuesday, Jan. 21 at 9 pm). Can you elaborate on that at all?
What happens at the end of the crossover changes everything, for all the shows. There is definitely some sticking power to that. And dealing what is going on with Oliver has a big effect on Sara, for sure.

TVLINE | How excited are you for Legends Season 5 to finally see the light of day? I feel like you’ve been in production for eight months.
We finish filming at the end of this month and it’s like, “Oh, it hasn’t even aired” — and we’ve been picked up for another season. So, yeah, we are ready for it to come out. It’s really nice once it does come out because after five, six months of making something but no one knows what it is, you’re like, “Are we even doing anything?” [Laughs] It’s just output, output, output, but you don’t get the input of the fans’ reactions and people seeing it and connecting with the storytelling. It’s a lot of fun for us when the show is finally on air because we finally get to share everything that we’ve been working so hard on. 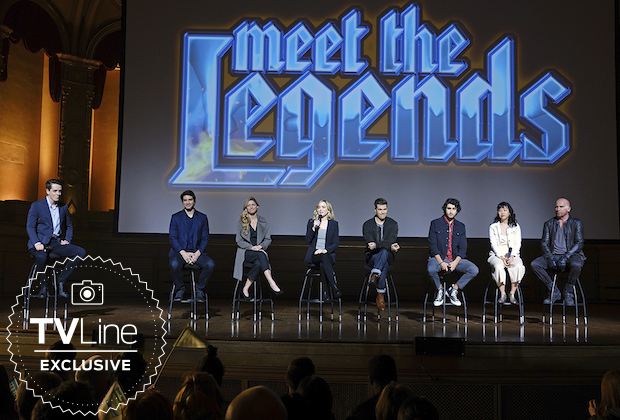 TVLINE | The Legends now being famous is one theme for Season 5. Do they have differing opinions on that? Are some more into it than others?
There are some people who are super into it. [ Laughs] And you can probably guess who those people would be. A lot of them are pretty into it , some a bit more healthily than others. Sara, it is safe to say, is not into it. That has never been her M.O. She doesn’t want that attention.

TVLINE | What is the extent of their fame? Are there action figures, video games…?
[Laughs] There’s a lot. They’re big enough where there is a documentary being filmed about them.

TVLINE | This season they will be dealing with “Encores,” famously evil people whose souls in Hell have been reconstituted by Astra. Do you have a favorite Encore or two from coming season? I know you directed the Genghis Khan episode….
Well yeah, that was one of my favorites, because I was heavily involved with that Encore.

TVLINE | He rides a skateboard or something?
An electric scooter, yeah. [Laughs] That one will be funny. The one in the premiere, Rasputin, is pretty fun. And Bugsy Siegel (Young & Hungry‘s Jonathan Sadowski) was another fun one. 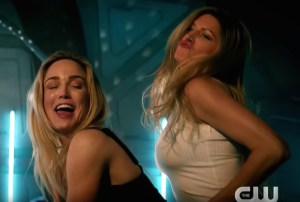 TVLINE | And for Sara and Ava, smooth sailing ahead? Finally?
So far, so good, yeah!

TVLINE | Lastly, do you have a fresh tease about the power Sara acquires in Season 5? At the San Diego Comic-Con, word was just getting out.
Well… you’ll have to wait a while for that to happen. It didn’t play out the way I thought it was going to play out, but…. [Laughs] I don’t want to spoil anything, but it’s almost more a disability than a power. And again, it’s toward the end of the season.