The Arrowverse‘s game-changing Crisis is about to sweep back across your screen. But after five long weeks (and much holiday revelry), do you possibly remember what has happened thus far?

The opening stretch of The CW’s “Crisis on Infinite Earths” crossover event delivered a comic book spectacle with more action sequences and cameos than you could count. Over just three episodes, we saw the return of Lex Luthor, the death of Oliver Queen, and the Arrowverse debut of Black Lightning.

Oh, and there was also the destruction of nearly all life in the multiverse. Can’t forget that.

Where does this leave our seven Paragons? Ahead of the Tuesday, Jan. 14 arrival of Parts 4 and 5 (airing as episodes of Arrow and Legends of Tomorrow), here is a handy recap of the Supergirl, Batwoman and The Flash entries that aired in early December, to jog your memory. (And if you want/need more detail, each entry contains links to full episode recaps.)

What are you waiting for? Open up that Book of Destiny and get to reading…. 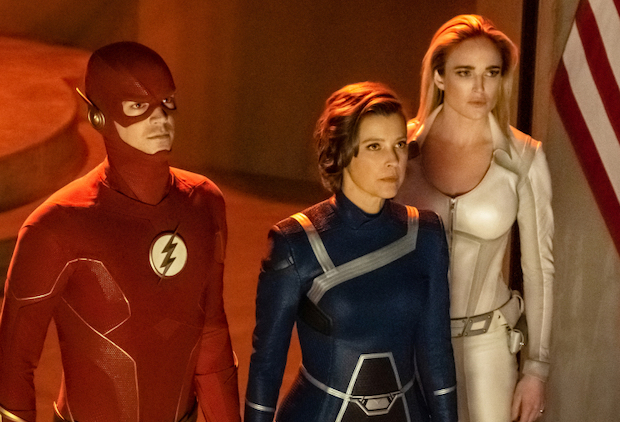 Part 1 (Supergirl)
A wave of anti-matter rages across the multiverse, with Earth-38 next on the list. Lyla MIchaels aka Harbinger teleports Oliver Queen, Mia Smoak, Clark Kent, Lois Lane, Kate Kane, Barry Allen, Sara Lance and Ray Palmer to DEO headquarters, where they come up with a plan to evacuate that Earth with Kara and her team. The group battles the Anti-Monitor’s shadow demons but, outnumbered and overpowered, are forced to flee. Oliver, though, stays behind, sacrificing himself to save as many people as possible before Earth-38 is destroyed. (Read full recap.) 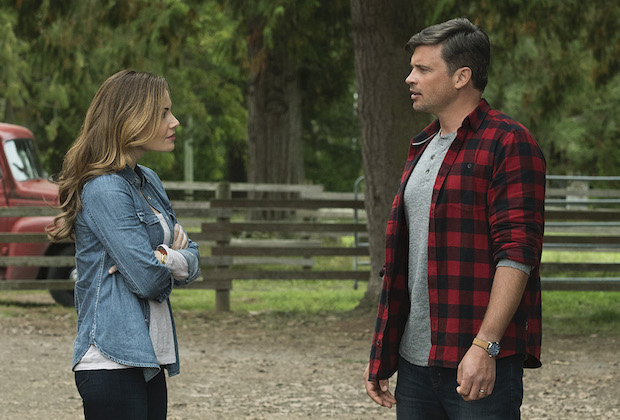 Part 2 (Batwoman)
Reeling from Oliver’s death, Barry (who we learn from the Monitor is the Paragon of Love), Sara (the Paragon of Destiny) and Mia enlist John Constantine to resurrect him via a Lazarus Pit. Oliver emerges from the famously iffy process alive, but soulless. ♦ Meanwhile, the rest of the team searches the multiverse for the rest of the seven Paragons. After Kate and Kara (the Paragon of Hope) strike out with the now-villainous Earth-99 Batman (played by Batman: The Animated Series‘ Kevin Conroy), the former accepts the mantle of the Paragon of Courage. Similarly, Earth-167’s Clark Kent (Smallville‘s Tom Welling) reveals that he gave up his powers to have a family with wife Lois (Erica Durance), so Clark, Lois and Iris West find the Paragon of Truth in Brandon Routh’s Kingdom Come Superman. (Read full recap.) 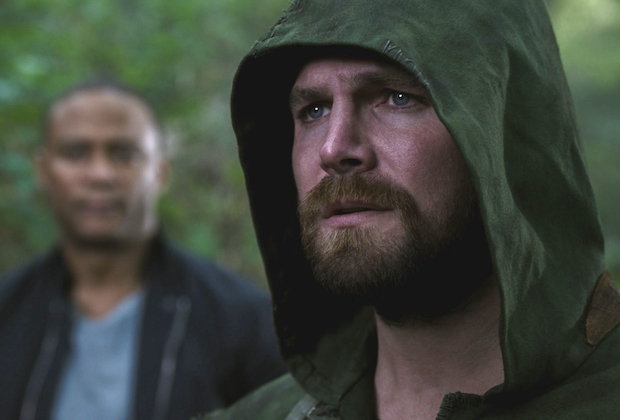 Part 3 (The Flash)
Mia, Constantine and John Diggle — with an assist from Earth-666’s Lucifer Morningstar (Hell-o, Tom Ellis!) — travel to Purgatory to retrieve Oliver’s soul. Oliver, however, refuses to return home after onetime detective Jim Corrigan aka Spectre tells him he must serve a higher purpose. ♦ Iris, Ray and Ralph Dibny track down physics professor Dr. Ryan Choi (Supernatural‘s Osric Chau), the Paragon of Humanity. ♦ Cisco, unexpectedly powered back up as Vibe, locates the source of the anti-matter wave — an enslaved Flash-90 (John Wesley Shipp), propelling a treadmill. Barry prepares to sacrifice himself to stop the machine, but Flash-90 steals his speed and gives his own life to destroy the source. ♦ Lyla, possessed by the Anti-Monitor, kills the Monitor, leading to the destruction of Earth-1 and all its heroes. Just in time, Pariah fka Nash Wells teleports the paragons, J’onn J’onzz included, to safety in the Vanishing Point, Soon as they arrive, however, Lex swaps himself in for Kingdom Come Superman! (Read full recap.)