THE PERFORMANCE | Just as Buck’s heroism on Monday’s 9-1-1 proved to his fellow first responders that he still has what it takes to save lives, Oliver Stark’s fearless performance reminded viewers of his own versatility as an actor.

Bringing Buck’s struggle to life in the second part of the Fox procedural’s tsunami saga required every tool in Stark’s dramatic arsenal — tools he used to rip out our hearts at every turn. (Which was fine, because we also trusted him to get us to a hospital in enough time for the doctors to put them back in.)

Let’s be honest for a minute: Deep down, none of us actually believed that 9-1-1 would kill off Gavin McHugh’s beloved character, so the fact that we were still moved by every one of Buck’s emotional beats — beginning with the devastating moment he discovered Christopher’s glasses floating in the water — is a testament to Stark’s dramatic chops.

By the end of the hour, we were dreading Buck’s inevitable reunion with Eddie. After everything we’d seen from Stark earlier in the episode, we knew it would be painful to watch Buck tell his best friend that he couldn’t save his son. And it was. Buck’s desperate tears completely drowned out that little voice in our heads that told us this show would never actually murder an eight-year-old boy.

Fortunately, it didn’t. And the eventual reveal that Christopher was alive and well hit us like a… well, you know. 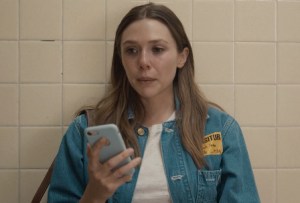 HONORABLE MENTION | What do you call the stage of grief when you realize your late husband really wanted to have a child with you, even though he said he was scared of parenthood? On Tuesday’s episode of Sorry for Your Loss, Elizabeth Olsen‘s Leigh let that devastating discovery wash over her, and Olsen was magnificent as her character mourned the family she’ll never have. Slumped on the floor of a high school bathroom, Leigh cried and cried — but even as she did so, she recorded a voice memo on her phone, improvising a way-past-deadline article about the benefits of eye makeup. “Thanks to this stupid eyeliner, [my face] looks just like it did when I left the house this morning,” Leigh sobbed, “when, like an idiot, I still believed that the worst of this nightmare was over.” Even at one of Leigh’s very lowest moments, Olsen’s performance was completely dazzling — and it wasn’t because of her eyeliner. 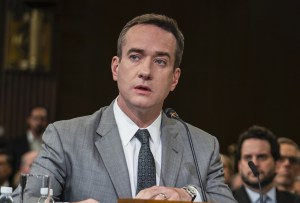 HONORABLE MENTION | Testifying before Congress must be nerve-wracking, of course, but we all hope we’d handle it a little more smoothly than Succession‘s Tom did this week. Matthew Macfadyen was a riot as Tom squirmed uncomfortably in his seat while being hammered with tough questions about Waystar Royco’s shady business practices. The hapless executive melted down in epic fashion, stammering out incriminating answers along with meaningless corporate speak, and Macfadyen later showed us the raw desperation lurking behind Tom’s usual buttoned-up ineptitude when he freaked out about being made a “patsy” by the Roys. Frank may have given Tom’s testimony a B-plus for “bad plus terrible,” but we’re giving Macfadyen an A-plus… for “awkward plus amazing.” 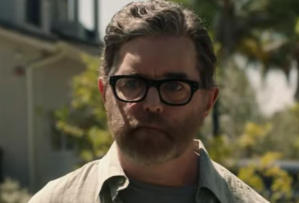 HONORABLE MENTION | Coming back from a life-altering stroke is impressive enough on its own. But the fact that Timothy Omundson has done so and nailed his debut as This Is Us‘ curmudgeonly Gregory deserves a special kind of celebration. In Tuesday’s episode, Omundson at first ably conveyed the grumpiness of a man put out by two neighborhood newbies. But in a mini-monologue later on, Omundson succinctly yet effectively brought us into his character’s frustration-filled world. As Gregory outlined everything he’d done to rehab from his stroke, we couldn’t help but draw the parallel to how much work Omundson had put in in order to be able to recur in Season 4. The best part was his comedic timing as Gregory limped away from Kate, the movement full of independence and fire despite the halting steps and the cane. We can’t wait to see more!