This week on The Affair, Joanie begins to question what really happened on the night that Alison died, and we finally learn what came of Cole and Luisa’s lives following the events of Season 4.

Before we dive into Episode 6, let us first clarify the show’s timeline, which has caused quite a bit of confusion this season. We find out that Alison’s death took place on Oct. 13, 2021, when Joanie was just 7 years old. The future timeline jumps ahead 32 years; when Joanie pulls up an old weather simulation at the jetty, the date is Oct. 27, 2053. That means that Cole died only a matter of months ago. (Now, here’s where things get confusing again: At one point, Joanie says that Cole was 72 when he passed, but his gravestone said he lived from 1979-2053, which would make him 73 or 74 at the time of his death, depending on his birthday. So either Joanie got Cole’s age wrong, or the writers/prop department made a mistake.) 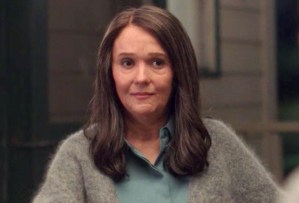 In the episode, Luisa resurfaces as an elderly woman in the year 2053. She shows up to have dinner with Joanie’s family, and Joanie refers to her as “Mom.” It is thus safe to assume that Luisa and Cole stayed married on paper long enough for Luisa to become an American citizen and remain a part of Joanie’s life, just as she and Cole had discussed in the Season 4 finale.

As for Cole, he never got remarried. Following Alison’s death, he and Joanie got a fresh start in Vermont, where he owned and operated a horse farm. Years later, when Joanie left for college, he moved back to Montauk, where he lived alone until the day he died of a heart attack. The EMTs told Joanie that they found him on the floor by his bed; he tried to crawl to his heart medications, but he didn’t have the strength. Even more upsetting, Joanie was told by the pathologist who performed Cole’s autopsy that it took a while for him to die; if somebody else had been there to get him to a hospital, he might have survived. 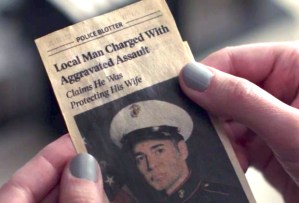 We also get clarification on the family photos that Joanie found in Cole’s house. They were part of a shrine to Alison that he built before he died. He also kept of box that was thought to contain letters, but actually included newspaper clippings about Alison’s former boyfriend, Benjamin Cruz; he always suspected that the Army vet had something to do with Alison’s demise. Among the clippings is an article that says that Ben was arrested — not for murder, but for aggravated assault.

Over the course of the hour, Joanie finds herself on a self-destructive path. She meets (and eventually sleeps with) EJ, an epigenetic scientist whose work in generational trauma helps her understand her life in a way she never has before. Before she leaves Montauk, he brings her to the abandoned police station to see the report from the night Alison died. Later, he takes her to the beach to see a super moon, which leads to a dramatic revelation: 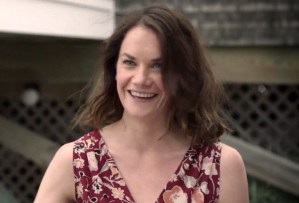 “There was a super moon the night my mother died, and the nor’easter was blowing so strong that there was a negative storm surge [that] pulled the tide out further than normal,” Joanie says. “The police report said that she walked off the jetty, but the water would’ve been low for several hours. There’s no way she could have drowned herself in water that shallow.”

From that moment on, we get glimpses of Alison throughout the episode. These are used to represent Joanie’s repressed trauma as she continues to self-destruct and attempt to deny what she now knows about her mother’s death: It couldn’t have been suicide.

After Joanie returns home from Montauk, she tells her husband Paul that she’s been cheating on him for years. When he kicks her out, she heads to EJ’s apartment and opens up to him in a way we haven’t seen until now. She tells him that she feels guilty about abandoning Cole when he got older, and how she continues to resent Alison for breaking her father’s heart. To put her mind at ease, EJ suggests that Cole wasn’t alone. He takes out the aforementioned newspaper clippings featuring Ben, and posits that Cole and Ben were secret lovers. Joanie isn’t able to tell EJ that his theory is wrong because she doesn’t remember Ben — that is, until the following morning. 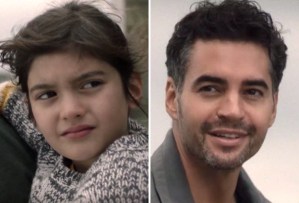 A repressed childhood memory reveals to Joanie that Ben was romantically involved with Alison. She gets out of bed, sifts through the myriad clippings, and finds the one about Ben’s arrest. “He wasn’t my dad’s boyfriend; he was my mother’s,” she tells EJ. ” I think he killed her.”

What did you think of The Affair Season 5, Episode 6? Hit the comments with your reactions.