Production on Season 5 began in May and was chronicled by a video showing the cast — including Balfe, Heughan, Lacroix, Sophie Skelton and Richard Rankin — during an outdoor shoot that will be featured in a forthcoming episode. 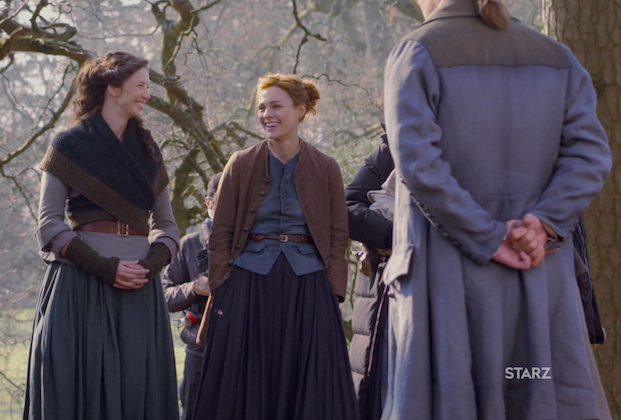 If the series follows its one-book-per-season formula, Season 5 will be based on the events of Gabaldon’s The Fiery Cross. Season 4 ended with Roger returning to Brianna after a prolonged absence (during which she gave birth to their son) and Jamie getting orders from the British to hunt down his rebel godfather, Murtagh (who’d managed to hook up with Jamie’s Aunt Jocasta before he went on the lam).

Are you planning to attend the show’s panel at New York Comic Con? And what Fiery Cross moment are you most looking forward to seeing play out on screen? Hit the comments!