Who’s up for another chill, drama-free season of 13 Reasons Why? After spoiling its own plot twist earlier this month (someone kills Bryce Walker!), the Netflix series released an official trailer on Wednesday, confirming what fans likely already assumed: every single character is a suspect.

In addition to Bryce’s untimely (yet somehow long overdue) death, the show’s third season will also be its first without Hannah Baker; former leading lady Katherine Langford revealed back in May 2018 that she wouldn’t be returning to the series, explaining that her character’s story concluded in Season 1, comparing Season 2 to “being in purgatory.” In other Season 3 casting news, Brenda Strong (Bryce’s mom Nora) and Timothy Granaderos (Bryce’s pal Montgomery) have been promoted to series regulars.

If you need a little refresher on how Season 2 ended, we’ve got you covered: After being sexually assaulted by Montgomery & Co., Tyler brought an assault rifle to the Spring Fling — a massacre Clay was able to prevent, even if it meant he’d be holding the gun when police arrived. Meanwhile, Bryce transferred to a different school after receiving three months probation; Caleb and Tony recommitted themselves to one another; Justin agreed to let the Jensens adopt him, then slept with Jessica at the dance, even though she went as Alex’s date; and Mrs. Baker moved to New York. 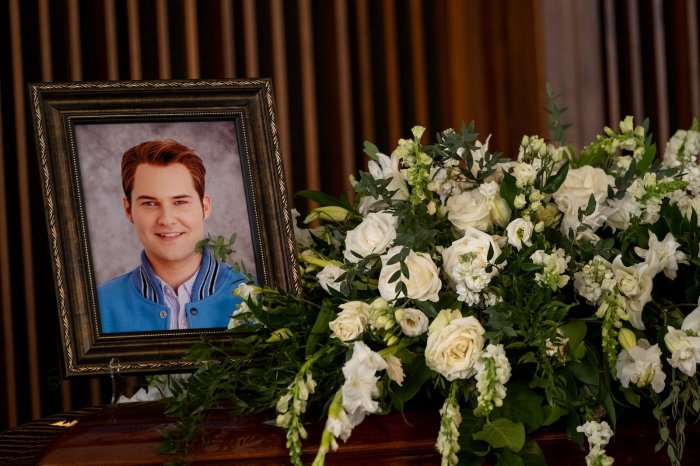 A magnet for controversy from the jump, 13 Reasons Why made headlines again last month when Netflix agreed to edit a Season 1 scene that graphically depicted Hannah taking her life. This decision came in the wake of a new study that drew a connection between a spike in teen suicide and the popularity of the show.

Hit PLAY on the trailer above for a taste of what 13 Reasons Why has in store for Season 3, then drop a comment with your thoughts on the polarizing Netflix series below.