THE PERFORMANCE | During Orange is the New Black‘s seven seasons, we have watched as Taystee evolved from a sassy sidekick, used mainly for comedic relief, into the show’s emotional linchpin following Poussey’s death. This evolution was fully realized in the final season, when, in Episode 4, the inmate attempted suicide, giving Brooks a showcase for the ages.

It was in the immediate aftermath of her near-death experience that Brooks was at her very best. She had nary a line of dialogue in the scene after she attempted to hang herself with a makeshift noose, but managed to convey so much. The desperation she depicted in Taystee’s eyes spoke volumes. Then, through a series of facial cues, she was able to communicate Taystee’s fear of darkness — both in a physical and a spiritual sense. She was at once afraid of death and afraid of living, confined to a 4×4 cell.

There was a moment, after Taystee let her feet back on the ground, when she realized there was no easy way out. Her mouth was ajar, as if she was screaming, but there was no audible sound. The instance was fleeting, yet unforgettable, as Brooks so brilliantly put on full display the trauma that Taystee carried with her. She’d been let down not only by an unjust legal system, but by the friends she’d considered family. The character could not fathom what had come of her life, and we were right there with her. The pain was visceral. That’s a testament to Brooks’ triumphant work, and the role she played in shaping one of the most beloved prisoners at Litchfield Penitentiary. 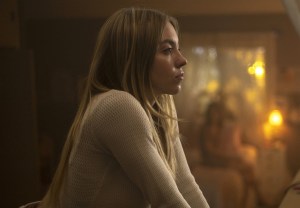 HONORABLE MENTION | Of all the angsty teenage tales on HBO’s Euphoria, Cassie’s might be the most poignant of all, and Sydney Sweeney — who’s everywhere on TV these days, from The Handmaid’s Tale to Sharp Objects — was riveting in this week’s spotlight episode, as we learned Cassie’s heartbreaking origin story. Her dad left home when she was a kid and later died, and she’s been looking for him in every relationship since, with Sweeney deftly tracing Cassie’s awkward sexual development. Cassie learned she’s pregnant, too, and a wild rush of mixed emotions — fear, excitement, shame, hope — was written across Sweeney’s face as she confided in her boyfriend McKay. She just wants to be loved, whether it’s by a boyfriend or a baby, and that intensely relatable desire lies at the heart of Sweeney’s impressive work here. 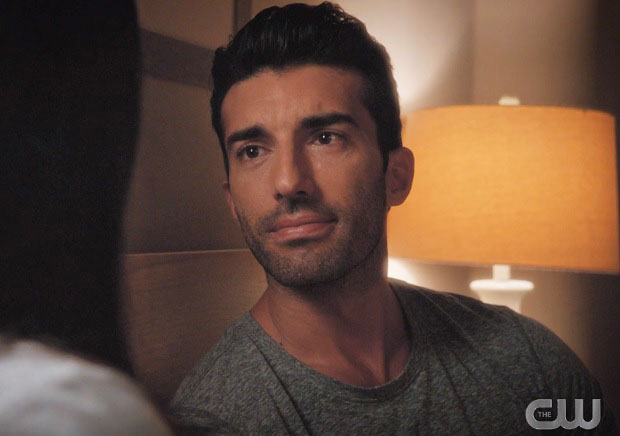 HONORABLE MENTION | The cast of Jane the Virgin is so uniformly excellent that we could single out any actor from the show on any given week. (Over the past five seasons, we’ve honored Yael Grobglas, Jaime Camil, Andrea Navedo and, of course, the stellar Gina Rodriguez.) And yet, Justin Baldoni‘s warm, heartfelt performance as Jane’s baby daddy (and now husband!) Rafael is all too often overlooked. But all you need to do is watch any of his scenes from this week’s series finale to be reminded of how much passion Baldoni pours into his character. From Raf’s quiet, emotional epiphany about family to his giddy, tearful wedding vows, Baldoni presented a thoughtful man who isn’t afraid to wear his emotions on his sleeve. Rafael could’ve been just another CW hunk. But thanks to Baldoni, he was so much more. 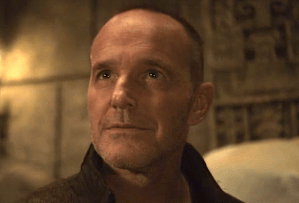 HONORABLE MENTION | Agents of S.H.I.E.L.D. Season 6 doesn’t work without the immense talent of Clark Gregg, in a wild departure from the Coulson he played for five years. But as Friday’s finale made clear, Gregg not only convincingly played Sarge as an evil entity, he also deftly tapped into a version of the character that let slip shades of the Coulson DNA inside him. “Too much? I don’t know, that kind of felt like overkill,” Sarge quipped after peppering a shrike “zombie” with bullets — the atypical bit of wit touching something inside both May and Daisy. But Gregg was downright fierce when Sarge showed his true colors in a final faceoff with Quake. “I’ll make sure you suffer. I’ll handpick the spirits to use your flesh, to ravage your insides,” he snarled. “Every waking moment, a battle will rage within you.” We won’t miss Sarge, but Gregg made us curious to see what he has in store for “Coulson 2.0.”