THE PERFORMANCE | For four seasons, Navedo has made us laugh as Jane’s sassy, confident mother Xiomara. But this week, the actress wrecked us as her character struggled with her breast cancer diagnosis and how best to handle it, surgically. As the decision drew closer about whether to have a double mastectomy as a preventive measure — the cancer was only in one breast — Navedo brought newfound vulnerability to the role. Normally tall and proud, the actress became thoughtfully muted and somehow seemed smaller, the fear and uncertainty weighing down Xo’s vibrant personality. Even a mother-daughter spa day proved little distraction as Xo’s eyes filled with anxiety at the thought of losing both her breasts. “You and I have different relationships to our bodies, Jane,” she noted, “and I don’t know if I want to have elective surgery for your peace of mind.”

Taking Rafael’s advice to clear out the noise of everyone else’s opinions and make room for her own feelings, Xo reflected on her life until she had an epiphany. After leaning on Jane for much of the episode, Xo realized that she needed to talk to her husband. Navedo then laid Xo’s soul bare, making a tearful confession to Rogelio that was so raw and moving, we’ve included it in full:

“For most of my life, I’ve been a single mother, leading with my body. It’s how I attracted men. It’s where most of my confidence came from. It’s how I defined myself,” Xo explained, growing more emotional by the second. “And it’s hard to let those pieces of me go, because it feels like I’m giving up myself. But then I realized, none of what defined me before defines me now. I’m a wife. Your wife.”

After witnessing Navedo’s tender and deeply poignant performance, we can’t wait to see what the future — Xo must survive, you hear us?! — brings for Jane’s mom. 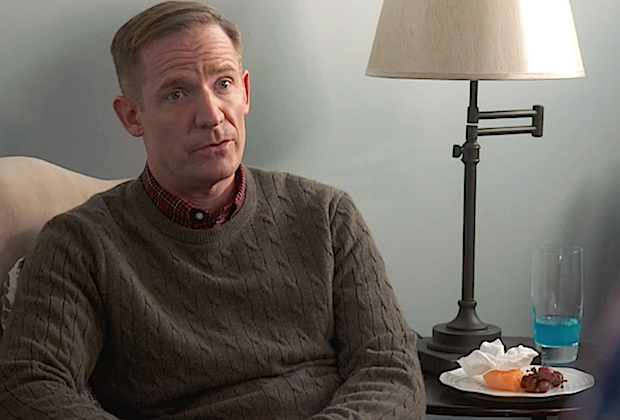 HONORABLE MENTION | Truth be told, we’d never really seen Brooklyn Nine-Nine‘s Kevin as anything more than a pale imitation of his husband, the endearingly erudite Capt. Holt. But then the professor got stuck with Jake for two months in the “Safe House” that gave this week’s episode its title, and as he slowly unraveled, one Nicolas Cage movie at a time, we came to truly appreciate the precision and skill that Marc Evan Jackson brings to bear in his uptight role. When Kevin realized that he could now identify a quote as being from Con Air, he asked in horror, “What have I become?” A new favorite that we’d do an undignified belly-crawl across “the zone of visibility” to watch, that’s what. 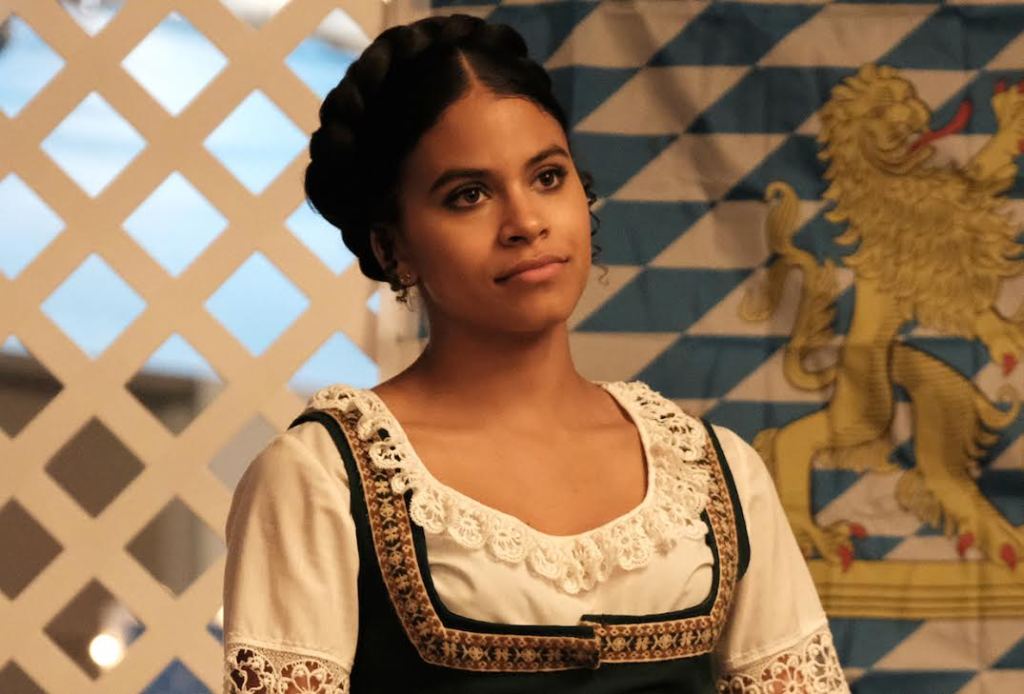 HONORABLE MENTION | After weeks of being sidelined, Atlanta‘s Zazie Beetz got a well-deserved showcase this week, as Van dragged Earn to a very strange German heritage festival. The oddball setting exposed the growing chasm in Van and Earn’s relationship, and Beetz subtly showed us both Van’s nagging doubts and her newfound inner strength. (She gets bonus points, too, for speaking fluent German throughout.) In their breakup scene, Beetz didn’t have to scream and cry to get her point across; instead, she was quietly resolute as Van firmly told Earn, “I want to be in a relationship where I’m valued as a human being, and not as an accessory you can f—k.” Let’s just hope Van and Earn’s split doesn’t mean this is the last we’ll see of Beetz’s deep, delicate performance. 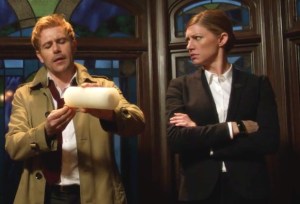 HONORABLE MENTION | Frankly, we weren’t fans of Legends of Tomorrow‘s Agent Sharpe when she first showed — nor were we supposed to be. She was icy cold, stern, unforgiving. Oh, but what an arc the character has enjoyed since then, nicely played by Jes Macallan. This week’s episode in particular gave the Mistresses alum a fine showcase, starting off with sweet pillow talk between Ava and Sara, which was amusingly almost derailed by the truth about the Waverider captain’s 1960s shag with Constantine. Speaking of the demonologist, Macallan had us in stitches as “pet” suffered through his own candid take on said hookup. Capping Macallan’s eventful hour was, yes, the heartbreaking breakup scene, as Sara pushed away the exceptional woman she dared call “girlfriend.” Someone give the officious agent a hug!