Justice was served, on a few different levels, in Sunday’s Big Little Lies finale… but that doesn’t mean all of our questions were answered.

HBO’s Emmy-winning drama wrapped up its sophomore run with a (maybe lackluster?) season finale that saw Celeste win her custody battle with monster-in-law Mary Louise, and Bonnie walk into the local police station to confess with the other four ladies backing her up. Most of the series’ central mysteries were neatly tied up — we learned what happened to Perry’s brother as a boy, and watched Madeline and Ed mend fences and reconcile — but there are still a few lingering questions bouncing around in our brains. If we don’t get a Season 3 (and it kind of looks like we won’t), these are the unresolved plot points that are going to haunt us until Chloe is old enough to become a full-time indie radio DJ.

So if you’re still pondering the fate of the Monterey Five like we are, read on to see the burning questions we still have after Season 2:

* Now that the Monterey Five are apparently confessing to their role in Perry’s death, what kind of charges will they face? Is Bonnie looking at serious jail time? Will Celeste represent herself again, after her attorney disappointed her so badly during her custody hearing? 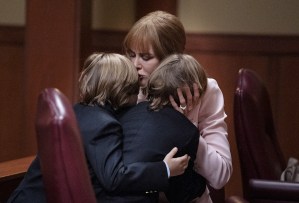 * Even though Celeste won full custody of her sons, she still needs Mary Louise to be in their lives, right? Will the two of them sit down with Celeste’s tough-love therapist and work out some sort of visitation arrangement?

* Will Madeline and Ed’s vow renewal really solve all of their marital issues? Where did Madeline get the adorable flower crown she wore during the ceremony? And… did Ed actually take Tori up on her offer of a quick fling before going back to Madeline?

* After Bonnie left him, will Nathan take out his anger on his hated rival Ed? (He’ll probably find a way to blame him, right?) 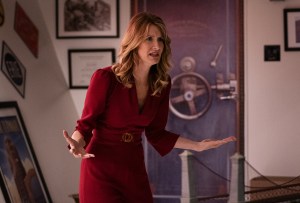 * Did Renata royally screw up her bankruptcy settlement by smashing up that train set that a generous collector paid a lot of money for? And she’s definitely leaving Gordon now, right? Will she and Bonnie team up to live the single life together? Can you imagine them double-dating? (We can’t, either.)

* Will Jane and Corey live happily ever after, and be the one actually functional couple in Monterey? And after being an accountant in Season 1 and an aquarium tour guide in Season 2, what entirely new line of work might Jane pursue in Season 3?

* Are any of these people contemplating moving out of Monterey, now that their dirty laundry has been fully aired out and they’re notorious around town?

Got burning questions of your own? Grab a way-too-expensive coffee and share ’em with us in a comment below.