Some of the most compelling (and grueling) scenes in Season 1 of HBO’s Big Little Lies centered on Celeste’s revealing sessions with her therapist, Dr. Reisman, both alone and with her abusive husband Perry. In Season 2, Dr. Reisman has returned, to treat not only a widowed Celeste but also her friend Madeline. And as I watch these volatile, emotionally charged therapy sessions, I wonder: How does Dr. Reisman still have a license to practice psychology?

Now admittedly, I’m not a doctor, nor do I play one on TV. But I have been in therapy, and the aggressively confrontational approach that Reisman — played superbly by Deadwood veteran Robin Weigert — has been taking in these sessions just feels way over the top and borderline unethical. When Celeste couldn’t get up the nerve to leave Perry last season, it made a certain amount of sense that Reisman would directly challenge her on that, since Celeste was in acute physical danger at the time. (She bluntly said as much, in fact.) But now that Perry is dead, Reisman is still condemning Celeste for her attachment to him, instead of listening to why she actually has those feelings. 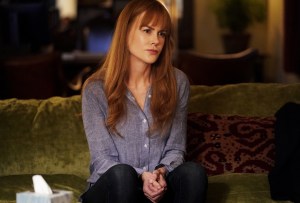 Her tone this season comes off more like an annoyed friend than a therapist, sick and tired of hearing Celeste pine for her dead jerk of a husband. Dr. Reisman has urged her to find a new man — Perry hasn’t even been dead a year! — compared her to a war veteran who misses the rush of battle and needled her about the bruises on her arm, convinced she’s self-harming. (“Are you an addict, Celeste?” she asked. “Is Perry your drug?”) As Reisman constantly pushes Celeste to move on, she is ignoring her patient’s deeply mixed feelings about Perry’s demise, and certainly not helping her process them in a healthy manner.

Watching their Season 1 scenes back again, Dr. Reisman wasn’t always like this. At first, her sessions with Celeste were emotionally draining but ultimately productive, as the therapist gently tried to guide her towards realizing she deserved better than a brutally abusive spouse. But eventually, she did more or less order Celeste to move herself and the kids out of the house to escape Perry, and Celeste was stunned by her abrupt turn. (When she complained, “I don’t think a therapist… should be behaving like this,” Dr. Reisman sniffed that she can address any complaints she has to the Better Business Bureau.) Since then, Reisman’s gentle veneer has vanished, replaced by a smug, hard-edged superiority. 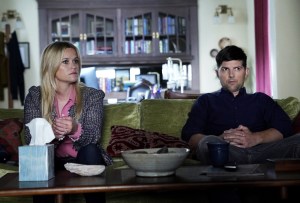 OK, fine, she’s been treating Celeste for a while now, so maybe their shared history allows Dr. Reisman to take a few liberties and cut to the chase. But this week, she also started treating Madeline and Ed for their infidelity issues, and she came out guns blazing in their very first session, dubbing Ed “profoundly disengaged” (!) and accusing Madeline of pushing Abigail into going to college because she regrets not going to college herself. Which might all be true, but… she just met these two! I get that not every therapist is of the passive, “How does that make you feel?” variety, and that a true-to-life therapy session probably wouldn’t provide the required drama here — but we’re quite a long way from the Dr. Reisman we met in Season 1, aren’t we?

Perhaps this is just some kooky California form of therapy that’s about to sweep the nation (“You’re Wrong” Therapy?), or perhaps Dr. Reisman doesn’t even practice with a license at all, instead billing herself as a “psychological healer” or some such nonsense, which would allow her to skirt any and all ethical guidelines. (I don’t see any diplomas on her wall, and it’s not like her rich clientele needs to worry about insurance co-pays.) But the “Dr.” in her name indicates she’s a certified psychologist, and as such, she’s obligated to do everything in her power to help her clients heal. Based on a season and a half of evidence, though, she might just need to go back to school to brush up on the basics.

What’s your take on Celeste’s therapist, Big Little Lies fans: helpfully direct, or way too aggressive? Drop your thoughts in a comment below.