When you play the Game of Thrones, you win or you die — and quite a few characters learned that lesson the hard way across the show’s eight seasons.

But given the drama’s propensity for killing off major players (often in creative and brutal ways), we actually expected a higher body count as Thrones closed in on its final hour. Frankly, we were a bit shocked that the remaining Stark children all made it out alive. And those supporting characters whose arcs had seemingly run their course in Season 8? We assumed they were goners, for sure. (Looking at you, Ser Brienne!)

Ahead of Thrones‘ final season, Team TVLine had braced for the worst and prepared obituaries for 36 characters, both major and minor. Valar morghulis and all that, right? In the end, though, we only published 16 of those memorials, including tributes to Daenerys Targaryen, Lannister twins Jaime and Cersei and, yes, even the Night King. 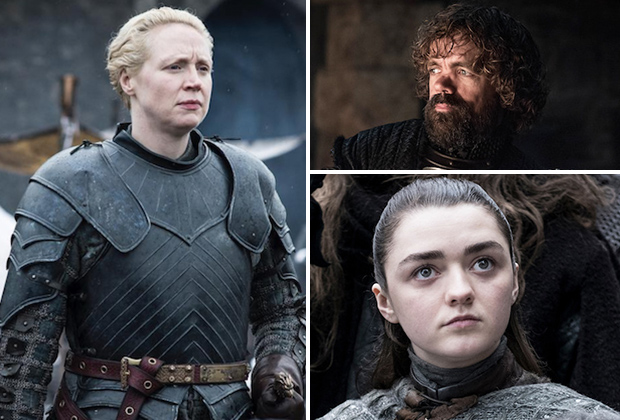 Now that our watch has ended, though, we’d also like to honor the characters who survived the series. They may not have perished at the hands of a wight or in a pile of King’s Landing rubble, but their accomplishments are worth recognizing all the same.

Without further ado, scroll through the attached gallery — or click here for direct access — to see the eulogies we would have given Arya, Tyrion and more than a dozen others, then drop a comment and tell us: Which character’s survival surprised you the most?