We are dead serious when say the penultimate scene in last week’s Big Bang Theory series finale was exceptional.

In what is believed to be a first for the CBS sitcom, the tense sequence — which found Mayim Bialik‘s Amy dispensing some tough love to Jim Parsons‘ Sheldon after he alienated his friends for the umpteenth time — was completely, deliberately jest-free.

“I don’t know that we ever actually in 12 years wrote a scene that intentionally didn’t have a joke in it,” showrunner Steve Holland marvels to TVLine. “Earlier in the week that scene had some jokes in it and we were watching it [during rehearsal] and it just didn’t feel right… It felt like we had earned that right to have a scene between these two characters that was actually real and raw and where we didn’t need to cut that moment with a laugh.” 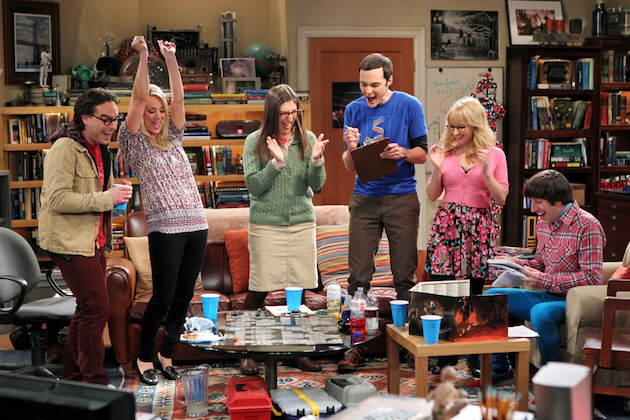 Amy’s come-to-Jesus talk with Sheldon was, of course, the catalyst for the poignant pre-tag closing scene wherein Sheldon ditches his planned Nobel Prize acceptance speech and instead uses the opportunity to pay tribute to his dispirited squad (watch the scene again here).

“It gets heavy,” Holland concedes of Sheldon and Amy’s throw down. “[But] I think that darkness felt earned.”

Last Thursday’s two-part Big Bang finale drew 18 million total viewers as well as an average grade of “A-” from readers.