Question: Saw the Instagram pic of you Kristen Bell on the set of the Veronica Mars revival! Any scoop?Anything at all? —Dawn
Ausiello: While snooping around Neptune, I was devastated to learn that Hulu will not permit Veronica (or anyone else in the Mars universe) to drop an F-bomb at any point during the eight-episode run. I was really hoping the streaming world’s looser standards would allow Kristen Bell’s gloriously sardonic and cynical sleuth to live fully in this new adult world. But my disappointment quickly turned to consolation when I learned the super clever, slightly meta — one might even say forking awesome — workaround series creator Rob Thomas has devised that will allow him to (sorta) have his cuss-word cake and eat it too. 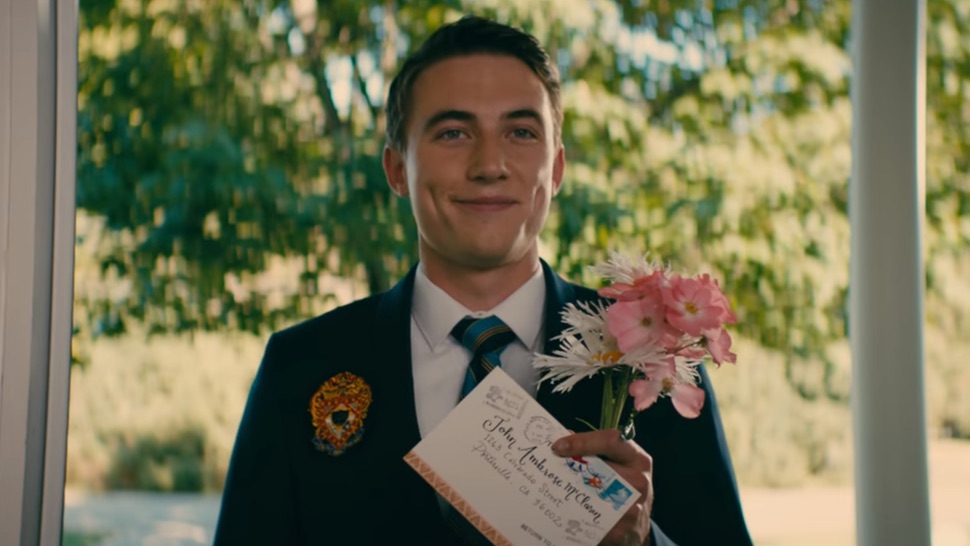 Question: Is Netflix definitely recasting John Ambrose in the To All the Boys I’ve Loved Before sequel? I’ve been curious ever since that announcement video. —Lauren
Ausiello: Oh, you mean the announcement video in which star Lana Condor tells someone over the phone, “You’re going to make the perfect John Ambrose”? I remember it well. And although the character did appear at the end of the first movie, played by Jordan Burtchett, casting is indeed underway for a new actor to fill the role in the sequel. Described as the male equivalent of Lara Jean, John Ambrose will have changed quite a bit since our leading lady knew him as a child — and he’s going to give Peter Kavinsky a run for his money.

Question: With the knowledge that Suits Season 9 will be its last, what are the chances we will see Patrick J. Adams return sometime during the final season? —Matt
Ausiello: Sounds like the odds of Mike making a cameo before the curtain falls are currently around 50/50. “I would like Mike to be part of Season 9, but the logistics have yet to be determined,” showrunner Aaron Korsh tells TVLine. For his part, star Gabriel Macht is “holding out hope” that his buddy will return for the swan song since the USA drama “really started as a two-hander,” the actor says. “And to finish the story without Mike, or Patrick for that matter, wouldn’t be doing justice [to] the fans or myself. I really want him to come back. So I’m really hoping that we have that opportunity. If we do, that will be the icing on the cake.” (Here’s one Suits vet who definitely will not be back for the finale.) 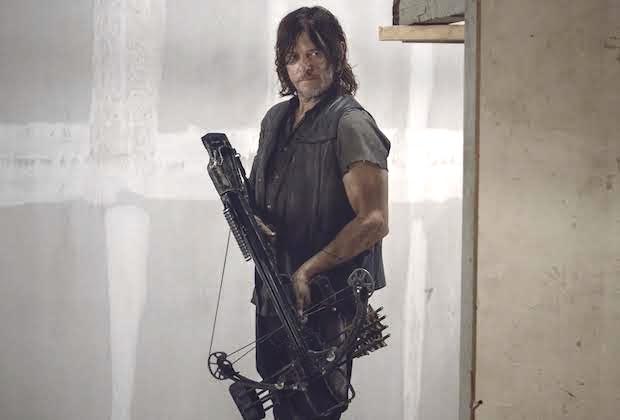 Question: Walking Dead spoilers, please. I said “please,” so you have to give me some. — Curt
Ausiello: As if the Whisperers weren’t a big enough threat, Sunday’s “Chokepoint” introduces the Highwaymen, a group of landlocked pirates who have Ezekiel and Carol over a barrel. But if you’ve seen the sneak peek that the network released, you already know that. What you couldn’t possibly know is just how brutal a throwdown Daryl gets himself into, or which characters start looking like they’ll be the next to form their own splinter group.

Question: Anything you can tease about New Amsterdam‘s Max and Sharpe? —Fowsia
Ausiello: We delivered your Q to showrunner David Schulner, and he wrote back: “For your benefit, Fowsia, I’m not going to ‘tease’ anything. I’m going to be straight up direct with you. In Episodes 16 (airing March 12) and 17, Max and Sharpe will address the elephant in the room (…and online, and in the writer’s room, and in my dentist’s office): their relationship. Everything you thought we weren’t gonna talk about, we’re gonna talk about. Be careful what you wish for. #Sharpwin”

Question: Do you have any Supernatural scoop? —Angie
Ausiello: Affirmative. “A very significant fan favorite is going to come back” for the season finale, executive producer Andrew Dabb teases. 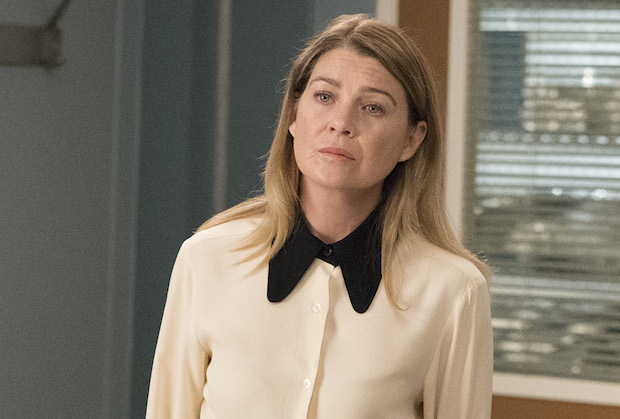 Question: Potentially dumb question: Grey’s Anatomy is gonna get renewed, right? Please say yes. —Bella
Ausiello: There’s no such thing as a dumb question unless that question pertains to the renewal status of ABC’s No. 1 show. While it’s true that ABC has yet to officially commission a Season 16, Ellen Pompeo is already on board through May 2020, so a pickup is a fait accompli. And there’s no saying that even next season would have to be the last. After seven years away, “I came back [for Season 14] energized,” showrunner Krista Vernoff tells TVLine. “The show felt new and fresh to me, and like an exciting opportunity to play and reinvent.” That being the case, she’s looking less toward the finish line than she is ahead. “I find myself thinking forward,” she admits. “It feels like the show could really go on. In the early years, we would pitch stories, and Shonda [Rhimes] would go, ‘Uh, that’s a Season 8 story. Let’s do that toward the end.’ Now we’ve doubled the expected lifespan of the show and told all the stories we talked about in the early years, so we have almost a blank slate. Where do you go from here? It’s exciting!”

Question: Any details on what we can expect to see with regards to the BatCat relationship the rest of the season on Gotham? —BatJordan
Ausiello: When Matt Mitovich asked David Mazouz about Camren Bicondova’s ominous tease for the series finale — portending a split for Bruce and Selina — he affirmed, “They kind of had too close of a relationship at the beginning of this season to have the relationship that Batman and Catwoman need to have.” EP John Stephens puts the path ahead in slightly less rocky terms, saying that Bruce and Selina have “come though that element of ‘I hate you/I’m attracted to you, I hate you/I’m attracted to you’ to a different level of maturity than they had before.” 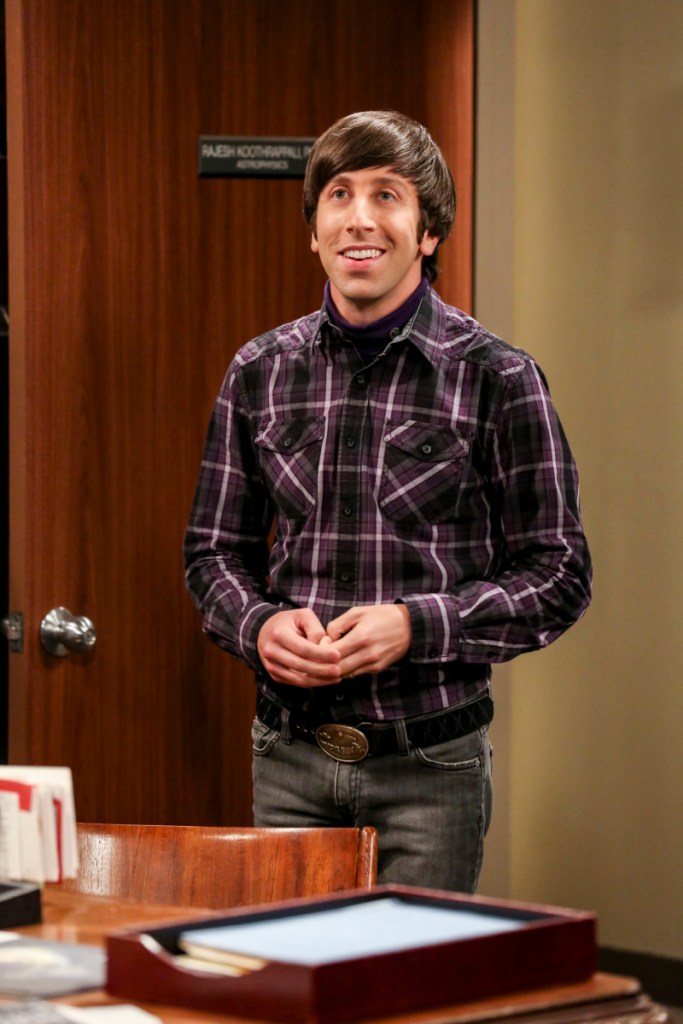 Question: Big Bang Theory is ending soon and we still haven’t met Howard’s father. Any word on him possibly showing up? —Dina
Ausiello: Well, we did ask show boss Chuck Lorre if viewers would meet any unseen relatives before the hitcom fades to black, and he hedged, “Not that I can talk about.” Hmm…. Elsewhere on the Big Bang front, I hear Sheldon and Amy will soon be spending some time in a sensory deprivation lab, and I’m already predicting this will be one of my favorite episodes of the season. (For more Big Bang scoop, scroll down to ThisAAndThat.)

Question: I want to know what Ricky Whittle will be doing in American Gods Season 2. —Sari
Ausiello: To put it bluntly? He — well, his character Shadow Moon — will be doing a cat. This won’t be news to readers of Neil Gaiman’s book, who know that Shadow has a between-the-sheets encounter with an Old God named Bast. Bast is fond of taking on a feline form, and… you get the picture. “It’s a very famous part of the book,” Whittle tells TVLine, adding that on screen, “It’s beautiful. It’s sexy. The actress was just phenomenal. It’s another layer to American Gods and the crazy world that Shadow Moon is having to become accustomed to.” In the book, Shadow wakes up wondering if the tryst was just a dream; Moon assures us that viewers will be able to tell very quickly: “Yes, there were scratches.”

Question: Any spoilers for Station 19? —Brendan
Ausiello: Boris Kodjoe says that Thursday’s midseason premiere presented his “most grueling” shoot in a while, as Captain Sullivan and Lieutenant Herrera deal with the fact that the ambulance they were in got blown off a cliff. Might the experience fuel a tighter bond ‘tween the two? “Sullivan has been connecting with Andy on a couple of levels. She lost her mother and he lost his wife, so there are certain emotional levels they can now appreciate about each other,” Kodjoe notes. “He sees the leadership potential in her, and he wants to bring out the best in everybody. Theres a lot there that they can connect to, with each other.” But how close might they eventually get? “There will be a lot more interesting, juicy relationship stuff happening” — for everyone — as Season 2 moves ahead, says series star Jaina Lee Ortiz. Andy herself “struggles, but I think she’ll find her way.”

This AAnd That…
♦ PSYCH: THE MOVIE 2: A decent chunk of the sequel will be set in The Hirsch Clinic, a super-posh, private — and possibly sinister — Santa Barbara-based rehab center where a wounded Lassie (Timothy Omundson) is recovering from his attack. 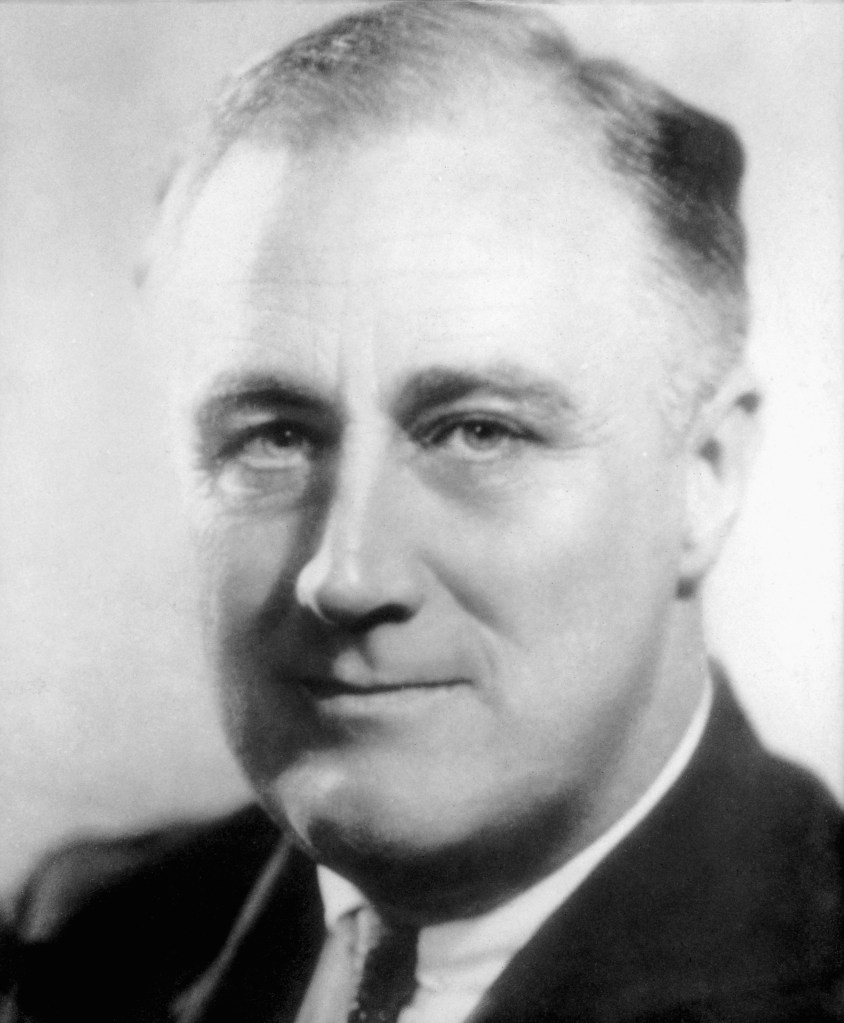 ♦ AGENTS OF S.H.I.E.L.D.: A question fans of the show should be asking themselves: “What is FDR doing in the Season 7 premiere?”
♦ HOMELAND: The Showtime drama is on the prowl for an actor to serve as President Ralph Warner’s (Beau Bridges) new VP for the eighth and final season. As you’ll recall, President Keane (Elizabeth Marvel) resigned in the Season 7 finale.
♦ BIG BANG THEORY: Don’t hold your breath for that second spinoff — I hear it ain’t happening. At least not in the near future.
♦ NCIS: NEW ORLEANS: Tom Arnold’s Elvis is returning this spring and he’ll be accompanied by his lesbian daughter who also happens to be a professional hacker.