This week’s episode of The Good Doctor mostly takes place outside of St. Bonaventure — but what little time we do spend at the hospital promises to have a lasting impact on the rest of Season 2.

In the episode, Andrews goes head to head with Carmen Dunn, a bureaucrat from the Department of Public Health who raises questions about how his staff handled themselves during the recent quarantine. She brings to his attention that Lim dosed a non-patient without his consent; Melendez ignored a written DNR; and Shaun suffered a panic attack in the midst of a medical crisis which was captured on video. She’ll be recommending all three doctors to the state medical board for license suspension.

Carmen also calls into question Andrews’ ability to dedicate himself fully to his positions as both hospital president and chief of surgery. Andrews later confides in Allegra, who shares Carmen’s concerns. She thinks the hospital would benefit if Andrews stepped down from his surgical position and focused solely on his duties as Glassman’s successor. 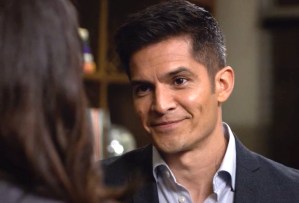 Elsewhere in the hospital, Melendez and Lim struggle to navigate their new personal and working relationship. By the end of the hour, the colleagues-turned-friends with benefits admit that they have feelings for each other and want to explore a relationship outside of work. They agree to keep it on the downlow until they’ve been cleared by the state medical board, and to keep Andrews out of the know for as long as possible.

Meanwhile, following a successful corrective surgery to repair a CSF leak, Glassman checks himself out of the hospital and accompanies Shaun to lunch at Lea’s startup. After they eat, Lea and the boys take the company go-karts for a spin. At the end of his sprint, Glassman seems disoriented, but assures them that he feels fine. In fact, he feels great. This day o’ fun encourages Glassy to move forward with his chemo and undergo a much more aggressive treatment plan to ensure he has “more days like today.” 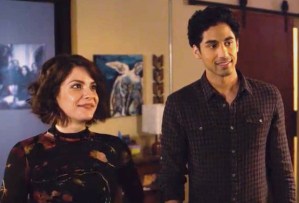 Later, Glassman asks Shaun if he thinks Lea will ever be more than a friend, at which point Shaun reiterates that Lea isn’t interested in a romantic relationship. He’s fine with their current dynamic — or so he thinks! — until he returns home and meets (gasp!) Lea’s boyfriend, Jake.

We also check in with the rest of Melendez’s residents on their day off. Morgan, who’s still reeling from Tyler’s death and could really use a friend, pressures Claire to come out for brunch. At the restaurant, Claire receives a call from her bipolar mother Breeze (returning guest star Sharon Leal), who claims that she’s being evicted from her apartment. When Claire and Morgan head over to help her pack, Breeze admits that she’s not actually being evicted; she’s been living with an abusive boyfriend named Carnell, and has to get out before he returns home.

Morgan convinces Claire that they should confront Carnell at his place of work, but when they do, they discover that Breeze has been lying. In reality, Carnell proposed to Breeze, and she doesn’t know how to tell him that she’s not ready for marriage. She eventually comes clean to Carnell in a conversation that takes place off screen, and all is apparently well. 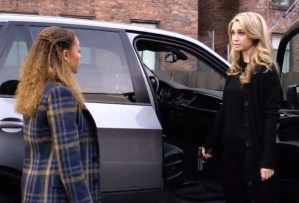 Over the course of the day, we also learn more about Morgan’s past. She carries a gun (!) on her at all times because she had a stalker back in med school. It’s also implied that she was in an abusive relationship. At the end of the night, Claire tells Morgan that she’s there for her if she ever wants to open up.

Last but not least is Park, who spends the afternoon with Mia and Kellan at the arcade. While Kellan keeps busy at the batting cages, his parents discuss what went wrong in their marriage; he never opened up to her, and she eventually cheated. Park tells Mia that he’s still in love with her and wants to reconcile, but Mia is slow to come around to the idea. She eventually agrees to give things another go, and promises to return for another visit in a couple of weeks.

What did you think of The Good Doctor Season 2, Episode 12? Hit the comments with your reactions!