And the first piece of TV news in 2019 is… Stranger Things‘ return date!

Netflix rang in the new year on Tuesday by setting a patriotic premiere for Season 3 of its drama series: All eight new episodes will release on Thursday, July 4.

The premiere date was announced via a short, New Year’s Eve-themed teaser (which unfortunately doesn’t include any new footage from Season 3), in which Dick Clark’s countdown to midnight gets turned, well, upside down as the year 1985 approaches.

There had previously been speculation that Stranger Things‘ third season would be delayed until Summer 2019, after the release of a cheeky faux-commercial for Hawkins, Indiana’s new Starcourt Mall. The delay was later confirmed by Netflix’s VP of original content, Cindy Holland, who said in July that the show’s producers “really want to take the time to get it right,” adding that Season 3 would be “worth the wait.”

In December, Netflix unveiled the eight episode titles for July’s new installments, which kick off with “Suzie, Do You Copy?” and conclude with “The Battle of Starcourt.”

The streaming giant has also released an official poster for Season 3, which warns that “one summer can change everything.” While Dustin, Max and Lucas take in the spectacle of Independence Day fireworks, Will and Eleven seem fearful of the new dangers coming to Hawkins. (Poor Mike just wants to hold hands with his girlfriend!)

Scroll up to watch the premiere date announcement, then check out the Season 3 poster below and drop a comment with your thoughts. 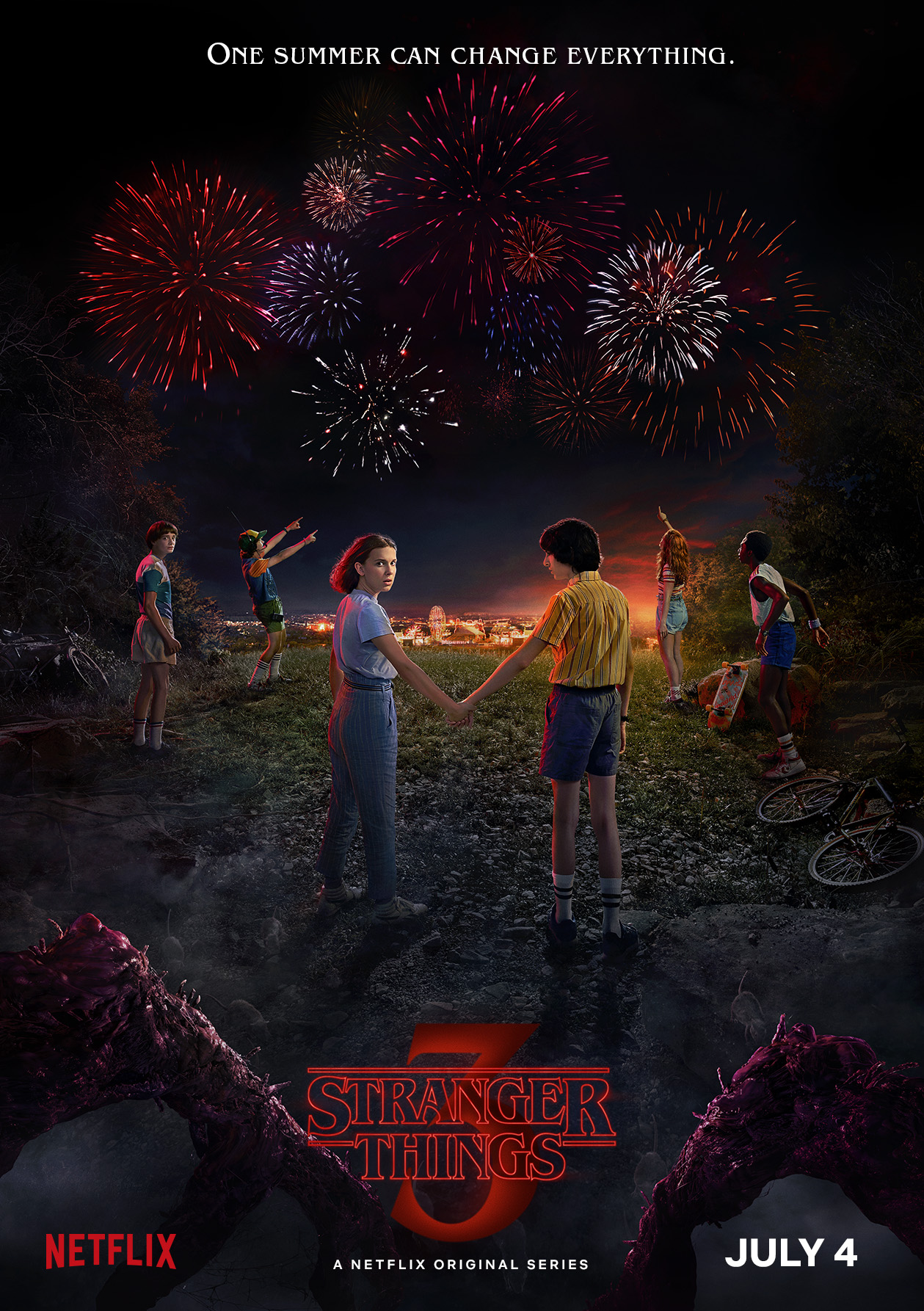