If you thought the Upside Down was trippy, you haven’t seen Steve Harrington in a sailor boy costume.

Stranger Things on Monday morning tweeted out a local-style commercial for Hawkins, Indiana’s new Starcourt Mall, and it is just cheese-tastic enough to distract you from the fact that Season 3 of the Netflix series apparently won’t arrive until “next summer” aka summer of 2019.

(Previous seasons of the supernatural thriller respectively dropped in July 2016 and October 2017. Netflix had no further comment on the Season 3 timetable, though it should be noted the series has no announced presence at this week’s San Diego Comic-Con.)

Ahoy! Something is coming… to Hawkins, Indiana! pic.twitter.com/BI4wFRVzvB

The promo above touts the mall’s many trendy places to shop or just hang, including Waldenbooks, Sam Goody, Claire’s and Wicks ‘N’ Sticks.

And should “next summer” prove to be a toasty one in Hawkins, the mall features its very own Scoops Ahoy ice cream parlor, which employs Steve and “alternative girl” Robin (played by Little Women‘s Maya Hawke).

Hawkins’ Mayor Kline (to be played by Psych‘s Cary Elwes) issued this memo: 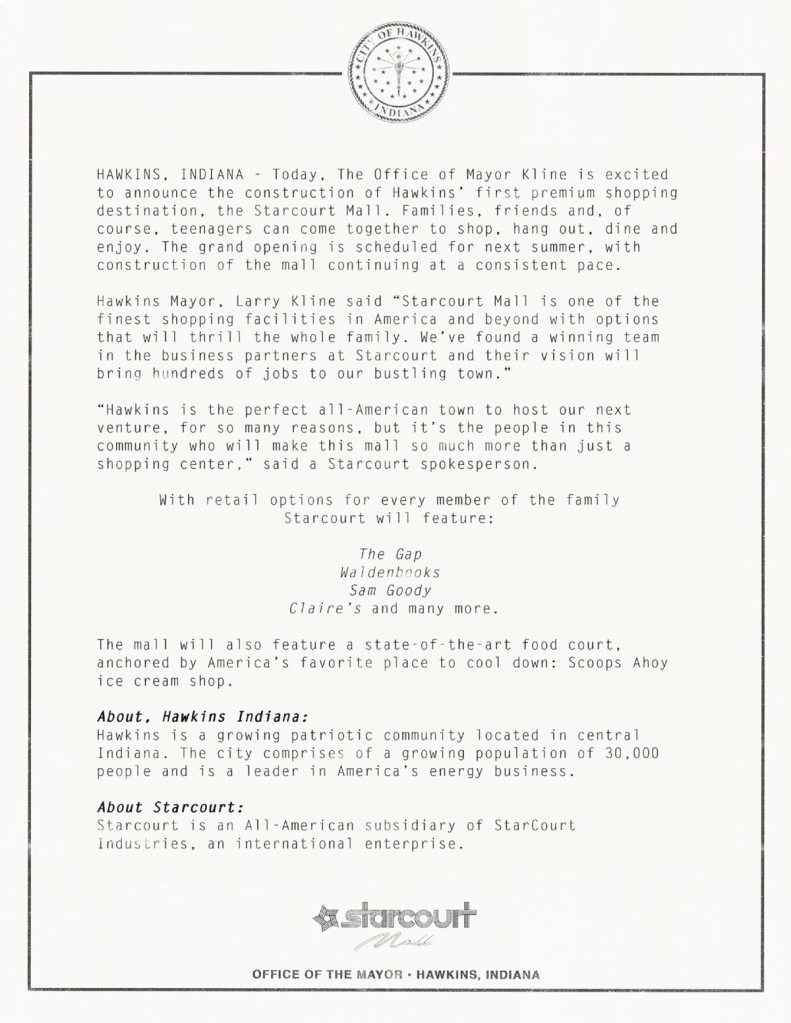 Are you OK to wait until next summer, if need be, for more Stranger Things?