There’s a new Lois Lane in town, and she is taking cues from one of her most iconic predecessors.

The CW’s annual Arrowverse crossover takes flight this Sunday at 8/7c (with a special airing of The Flash), continues Monday (on Arrow) and then concludes Tuesday (in an episode of Supergirl). Part 1 of the three-night, Legends-less event introduces Grimm alum Elizabeth Tulloch as the intrepid Lois Lane to Tyler Hoechlin‘s Clark Kent aka Superman. The super couple’s seldom-quiet farm life gets interrupted when a “body-swapped” Oliver Queen/Green Arrow (played by Stephen Amell) and Barry Allen/The Flash (Grant Gustin) come looking for Kara/Supergirl (Melissa Benoist), who’s visiting her Cousin of Steel in Smallville.

From there, things get all kinds of crossover-crazy, including with the introduction of another famous DC Comics female, Kate Kane aka Batwoman (Orange Is the New Black‘s Ruby Rose).

TVLine spoke with Tulloch about Lois’ weapon of choice, the state of her union with Clark, Margot Kidder comparisons and the possibility of TV unspooling new adventures for Lois and Clark.

TVLINE | First off, in Supergirl‘s “Elseworlds” poster you’re holding something that looks like a hammer. Can you tell me anything about what that is?
I don’t know that I can. But I will say that a lot of the fans seem to think its Thor’s hammer, and I’m like, “Well, no because isn’t that Marvel?” So, I guess all I can say it’s not Thor’s hammer, but you know it’s still a badass hammer. They’ll just have to wait and see.

TVLINE | What are Lois and Clark up to when body-swapped Barry and Oliver show up?
In the first scene where I’m introduced, on The Flash (airing Sunday), at that point we’re having almost a bit of a family reunion type of a thing on the Kent farm, which was the same farm as on Smallville.

TVLINE | What does Lois and Clark’s relationship look like when we see them? Are they getting along well?
Oh, my god it’s just adorable, yeah. I mean, it’s the typical kind of like Lois and Clark relationship where she’s kind of giving him a hard time. He’s being like, “Maybe you shouldn’t do that,” and she’s like, “Whatever, I’m doing it.” One of the things that I find so charming about the character is that she loves to give Clark a hard time, and that’s how people interact who love each other. At least, that’s what my husband David [Giuntoli, of Grimm and A Million Little Things] would agree to, because I love teasing him and giving him a hard time.

TVLINE | Is Lois used to Clark often getting called on to go save the world? Like, does she worry about him?
For sure, both of those things are true. She is aware and she’s in love with him, so she worries about him. But also, as someone who herself wants to be in on all of the action and adventure, it’s not like she’s going to be like, “Don’t go.” She’s going to be like, “Can I come?”

TVLINE | And is she ever able to go along at all and be involved in stuff like that?
Sometimes yes, sometimes no. 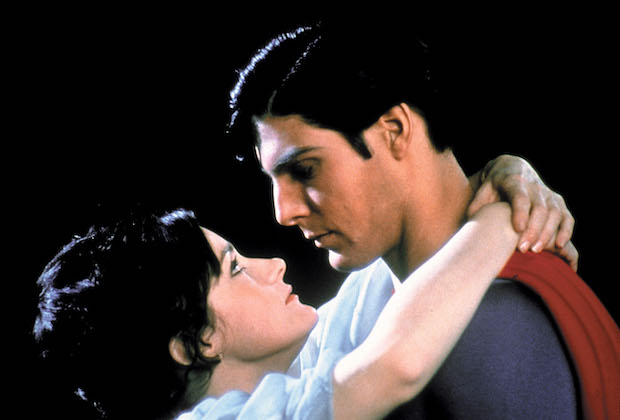 TVLINE | When you were cast, I saw a bunch of people on Twitter talking about you were very reminiscent of Margot Kidder. Had you heard that before?
Yes, I’ve been told my whole life I look like Margot Kidder actually. Even when I was teeny, probably just because I had big blue eyes and was pale, and had really dark brown hair. I started acting somewhat late in the grand scheme of things — I didn’t start until I was in my mid-20s — and I had an acting teacher tell me to watch the screen tests for the original Superman‘s Lois Lane as, like, an acting lesson because the girls were all so great. I did, and everyone was really impressive. There were really well-known, successful actors who had screen tested for this role, but it was very obvious to me why Margot Kidder got it.

A lot of people were reading the scenes with a lot of gravitas — and she had that too, but she also was just having a blast. She was having so much fun and she had such great energy, you could tell she was almost in on it. Like, there was a bit of a wink to her. That’s why her screen test stood out from everyone else’s. So when people ask me [about playing Lois], “Were you trying to be like anyone?” and I would say, “No,” the truth is I’m not even familiar with a lot of the other Lois Lanes. I hadn’t seen them all, except for Margot Kidder.

I do think I had it in the back of my mind that this is a character that’s sassy and fun and always wanting in on the action, and that’s part of really what makes her so fun — and has since 1938, which by the way is really impressive. When she was introduced in Action Comics No. 1 with Superman, at a time when a lot of women were portrayed more as like homemakers, meek if you will, she was always very career-driven and always wanting to get the story. I wrote something for the fans the day the casting was announced, like, “Now more than ever when the noble profession of journalism is under siege, which it is, it’s so cool to be playing someone who cares so much that she’d risk her life to get the story, because she feels like it’s so important that the truth gets out there.” 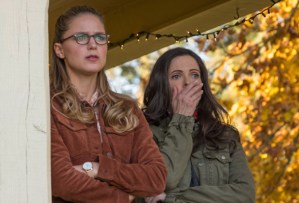 TVLINE | I know that the fans have been wanting the Arrowverse’s journalist characters to share screen time. Do you have any scenes with Kara and Iris?
I never worked with Iris (The Flash‘s Candice Patton), but I’m with Kara, and there is one scene where we are talking about what we do [for a living]. But that is something I’m seeing a lot of on Twitter, that people really want the three journalists together. That’d be cool to do in the future.

TVLINE | Speaking of the future, does it feel like there’s a foundation that’s been laid for a potential Superman and Lois series?
Potentially, and it was something I sort of talked to one of the producers about. I think it’ll depend on how this is reviewed and a bunch of other external factors that nobody has really that much control over. I know Tyler and I would love to come back and work more together. We fortunately had great chemistry, which is not always a given.

TVLINE | I’ve seen some of the photos and I don’t think you were showing at all, or if you were, you can’t tell. [Tulloch and Giuntoli are expecting their first child in February.] But was there any kind of “bump choreography” that had to be done when you were shooting?
You know it’s funny, because there were some paparazzi photos that were published during I want to say the second week I was filming and I was like, “Oh my god, I look huge.” But I think overall we were able to hide it with clothing. The director on the last episode I shot, for Supergirl (airing Tuesday), was like, “If we had even started filming you one week later we would’ve had to hide you behind a plant or a desk, not have you in on the action and stuff.” By the end, I was getting a little self-conscious and I noticed I was often having my arms crossed in front of my stomach to try to hide it a little more. But no, I was lucky I wasn’t showing a ton. I also was lucky because during the first four months of the pregnancy I was puking non-stop! I don’t know that I even would’ve auditioned for it if I had still been in that phase where I had such bad morning sickness, but that was totally over by the time I started shooting. I was feeling great. 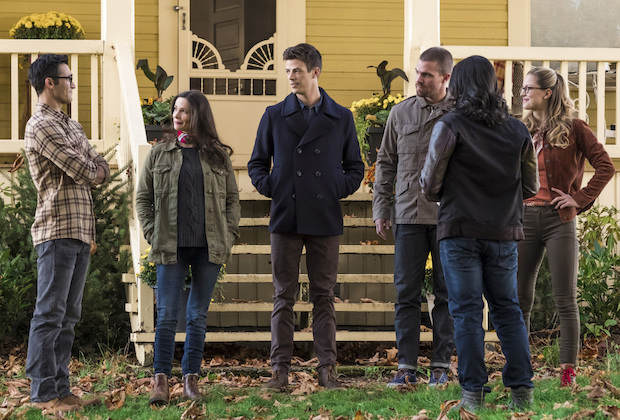 TVLINE | Is there anything that we didn’t cover that you want to share before you go?
I just want to communicate that you never know what you’re getting into when you’re on someone else’s show, really, and I was working with the three series leads — Grant Gustin, Stephen Amell and Melissa Benoist. I was so happy and really excited to work with them, because they made me feel really welcome. Having been on a show as long as I was that shot similarly long, exhausting hours, I know in my bones how tired you get, and I was impressed by how delightful they were to work with. Like, really I love all three of them and of course Tyler. Chemistry it’s hard to fake if it’s not there from the get-go and it was definitely there from the get-go. So yeah, I just want to kind of give a shout out to the actors.