DC Universe’s Swamp Thing has dredged up someone to play its title character: Andy Bean (Power) will star as Alec Holland, aka Swamp Thing, in the upcoming streaming series, TVLine has learned.

Taking inspiration from the DC comics, Bean’s character is a passionate biologist who emerges from the swamp “with a monstrous physique and strange new powers over plant life.” He soon finds he has to use his newfound powers to defend the Louisiana town of Marais from “dark forces” that arise.

Bean played Greg on the Starz drama Power for the first three seasons, and co-starred in the HBO drama Here and Now. He’s also set to star as adult Stanley in the big-screen horror sequel It: Chapter Two. 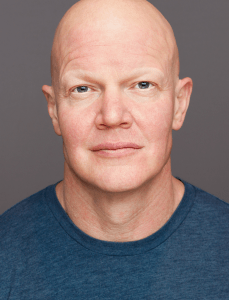 Also, Swamp Thing has cast Derek Mears to play the creature version of Swamp Thing after his transformation. Mears is very familiar with the makeup chair after playing several memorable TV creatures and aliens: He played Moloch on Fox’s Sleepy Hollow, the Kree Captain on ABC’s Agents of S.H.I.E.L.D. and the Bruidian Ambassador on Fox’s The Orville.

Bean and Mears join a cast that already includes Teen Wolf and Gotham veteran Crystal Reed as CDC researcher Abby Arcane, Jennifer Beals (The L Word) as Sheriff Lucilia Cable and Virginia Madsen (Designated Survivor). James Wan (MacGyver) and Len Wiseman (the Underworld franchise) are on board as executive producers on the series, set to debut next year, with Wiseman slated to helm the pilot.