We’ve got questions, and you’ve (maybe) got answers! With another week of TV gone by, we’re lobbing queries left and right about shows including The Resident, The Flash, This Is Us and Riverdale! 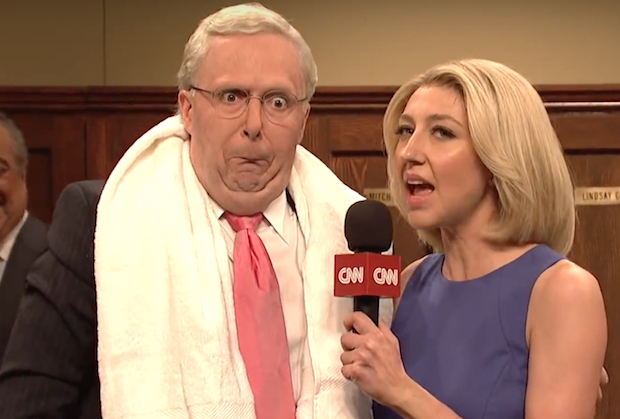 1 | Can we all agree that whoever at SNL is responsible for making Beck Bennett up to look like Mitch McConnell deserves an Emmy?

2 | With Shameless stars Emmy Rossum and Cameron Monaghan both announcing their departures from the series, do you feel like this should be the show’s final season? Or will you keep watching even if their characters are gone? 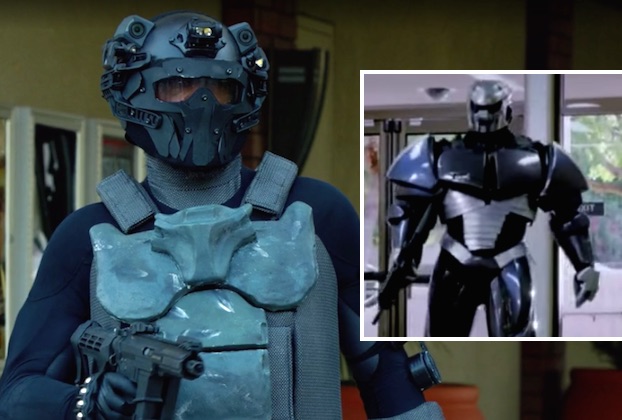 4 | The Resident fans, were you surprised that in the flashbacks Nic so quickly agreed to go out with Conrad?

5 | If Bull‘s Benny was introducing brand-new evidence about the plaintiff being hopped up on molly at the time he was shot, why did the prosecutor wait so long to object?

6 | If we can’t tell that is Arrowverse newcomer Ruby Rose under Batwoman’s mask, does that mean the costume is extremely effective, or that the first photo was just a bit pointless? 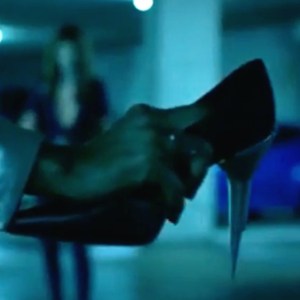 7 | Has there been a bigger “Oh no she didn’t!” moment than when Black Lightning‘s Fowdy with a flick of her wrists changed her stilettos into ice pick-like weapons?

8 | Were you glad that The Flash gave one Wally one last lives-saving speedster moment before his exit? And as several readers have noted, why does the article in the 2024 newspaper still say Starling City? 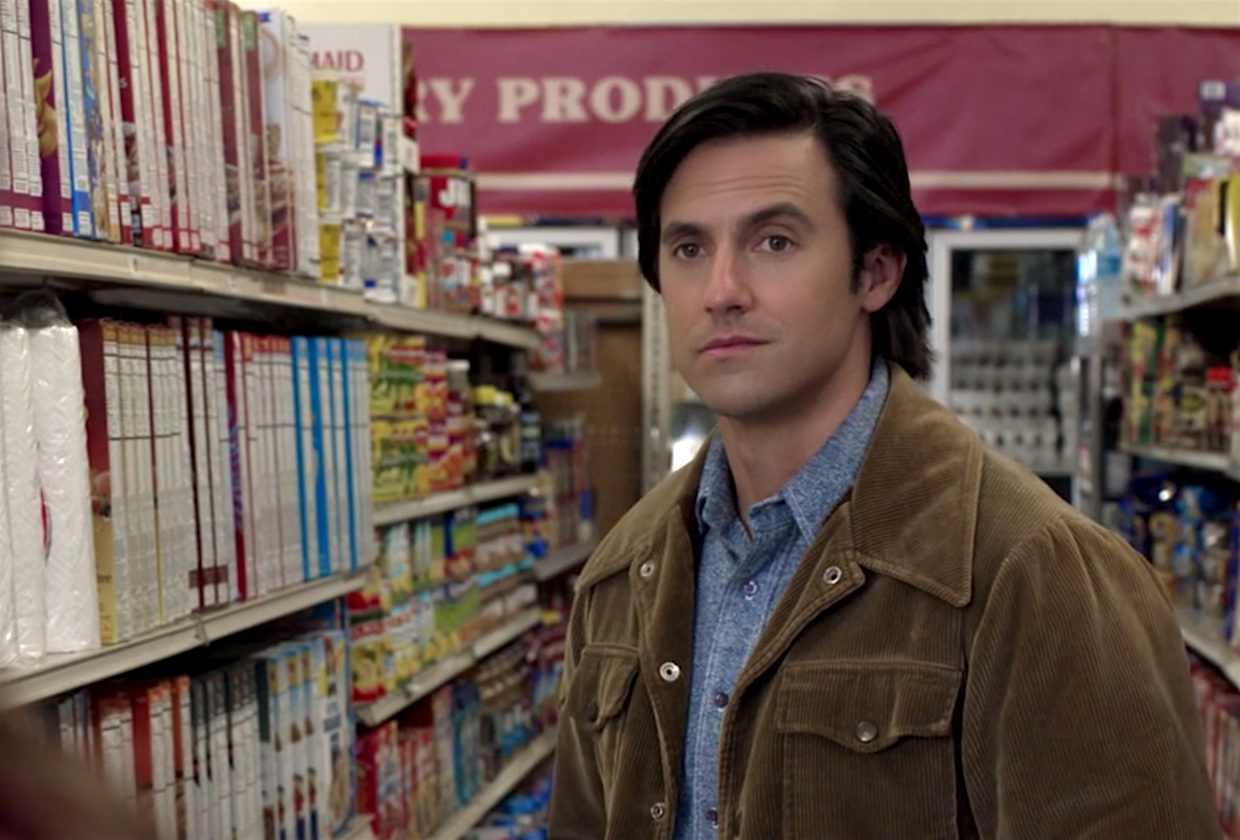 9 | Will This Is Us make more of a point of explaining how Randall, who lives in Alpine, N.J. but owns property in Philadelphia, is legally able to run for office in the City of Brotherly Love? What kind of supermarket shelves its boxed goods to the side (with Nutrition Facts that didn’t exist yet facing out), as this one did? And did anyone else notice that Rebecca’s reaction to Alan’s kiss was very different in Episode 3 than it was when we saw it at the close of Episode 1?

10 | The next #OneChicago crossover needs to be about solving Gorsh’s mysterious disappearance, right? (Spoiler alert: He’s never found, and everyone is OK with it.)

11 | Riverdale‘s Archie is on trial for murder, but he’s allowed to roam free and leave town during the weekend? Okayyyyy…. Speaking of whom, did the premiere break the show’s record for number of shirtless Archie scenes? And has any character ever made serious inroads on a milkshake served to them at Pop’s?

12 | When All American‘s Spencer moved in to Coach Baker’s house, weren’t you half-expecting Olivia’s “Welcome to Beverly Hills!” greeting to end with “…bitch”? And did star Daniel Ezra’s American accent completely fool you? (You heard us, Mr. All American is a Brit!)

13 | First, no one on A Million Little Things has a Boston accent. Now “Dante’s” — and not Massachusetts staple Dunkin — Donuts is a sponsor at the Garden?! (We understand advertising and licensing and all, but has the show stretched your suspension of disbelief too faaaah?)

14 | Was American Horror Story: Apocalypse‘s “blood moon” reference merely a nod to Roanoke, or was it another legitimate connection? Are we just loosely connecting every season now? 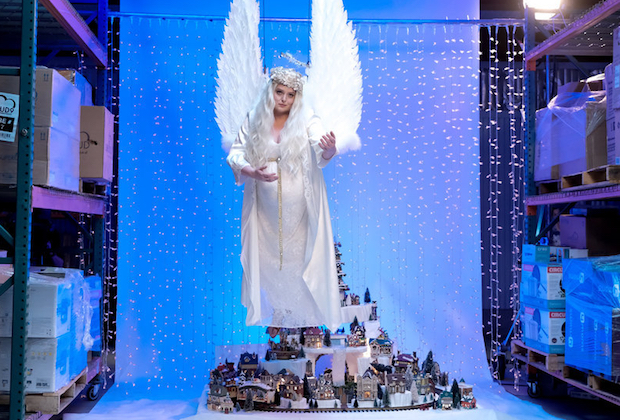 15 | When watching Thursday’s Superstore, were you at all worried that Dina’s water was going to break when Mateo left her hanging to attend Amy’s baby shower? And were you at all surprised that someone (that is, Garrett) caught Amy and Jonah kissing in the parking lot?

16 | Was there any doubt, any doubt at all, that Station 19‘s new captain speaks Spanish and was understanding all of Herrera’s griping all along?

17 | Is it us or does D.A. Miller’s facial hair on How to Get Away With Murder look G.I. Joe action figure-like kinds of fake?

18 | On Big Bang Theory, when Tam informed Sheldon that he was going to “call a cab” to get to the airport, did you have to check the calendar to confirm you were, in fact, living in 2018?

19 | Does The Big Bang Theory introducing us to Adult Tam, followed by Young Tam introducing Young Sheldon to Mystic Warlords of Ka’a, count as a “crossover”? And before Young Sheldon‘s Connie revealed George Sr.’s secret to Mary, were you half-expecting it had something to do with his infidelity (as Sheldon has alluded to on Big Bang), considering Connie mentioned that their marriage was hanging on by a thread?

20 | Should Murphy Brown‘s #MeToo episode maybe not have muddied the ethical waters by having Miles contemplate a romance with a much younger subordinate? 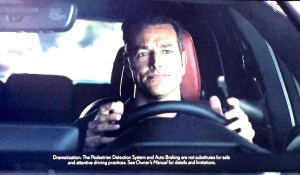 21 | Can we not pretend that the drivers in these Automatic Braking commercials aren’t letting loose with a flurry of expletives at the wayward pedestrian?