We’ve got questions, and you’ve (maybe) got answers! With another week of TV gone by, we’re lobbing queries left and right about shows including America’s Got Talent, The 100, The Originals and Orange Is the New Black! 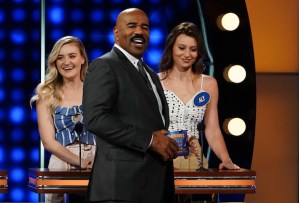 1 | On Celebrity Family Feud, were you surprised that Aly Michalka (of iZombie) was in her family’s No. 1 spot? Versus sister AJ of ABC’s own The Goldbergs? (Or were they theoretically going in the order of the pop duo’s stage name?) And is the Fun & Games lineup finally getting wise to its tape delays, this week introducing $100,000 Pyramid‘s Bobby Moynihan as “Saturday Night Live‘s” versus “Me, Myself & I‘s”?

2 | What kind of drug lord is Claws‘ Dr. Gregory that he would leave his warehouse full of cocaine completely unguarded just to watch a soccer game? 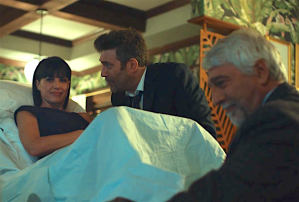 3 | Of the many unbelievable things to happen during UnREAL‘s final season, was the hardest to swallow the fact that a pregnant Quinn would get an ultrasound done in her office on the set of her reality show?

4 | Soooo many Salvation logic questions, but we’ll limit ourselves to: If cell phones were initially working, why didn’t Grace just text over the SCOTUS video? Or, why didn’t Darius power the Internet back up just long enough for Grace to post the video to Instagram, Periscope and whatever else? 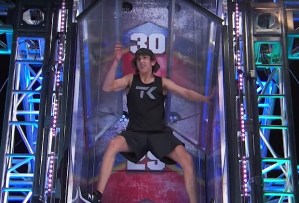 5 | Do American Ninja Warrior’s much-ballyhooed “50-lb. doors!” not really seem to be slowing anyone down, let alone ending their run, on the final Spider Trap obstacle?

6 | Is Freeform the last place you expected the creators of The Americans to end up after the FX drama’s end?

7 | America’s Got Talent fans, do you have any idea — any half of a theory whatsoever! — how the illusionist pulled off this week’s double switcheroo? Short of having a secret twin?

8 | If you were a character on The 100 and had to eat that gelatinous red-brown cube of processed human meat, or die starving, which would you choose?

9 | How jarring was it to watch a snowy, holiday-themed episode of Younger in the middle of July? As we get to know Liza’s dorky ex-husband David better, is it harder and harder to understand what she ever saw in him in the first place? And while we’re familiar with the concept of “limited engagements,” does the show really expect us to believe that The Sound of Music would ever run on Broadway for two weeks only?

10 | How on Earth did Power keep Kendrick Lamar’s guest spot, which was filmed months ago, from the public until Starz announced it this week? 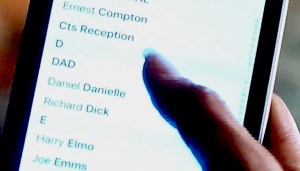 11 | Burden of Truth‘s Joanna has friends named Daniel Danielle and Richard Dick? Really? If we scroll down, is there a Sam Samuels? Bill Williams?

12 | Was The Originals‘ “Elena Salvatore, M.D.” storefront sign the cruelest tease for a spinoff we’ll never get? 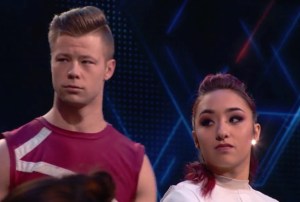 13 | During World of Dance‘s duel rounds, should the second act to perform have to not only watch their rival potentially crush it but also listen in as the judges then gush? Or is that “motivating”?

14 | If you watched the promo for next week’s Reverie, what’s your current theory on what Mara doesn’t know about the night her sister and nieces died? 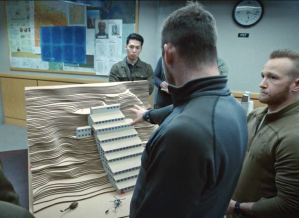 15 | On SIX, is there someone at the CIA whose job it is to instantly turn around meticulous models of bad guy hideouts?

16 | Are we really expected to believe that Tom Arnold will be the one to bring down Trump when Robert Mueller has been trying for over a year?

17 | Dare we hope that ABC worked into Roseanne Barr’s separation agreement a clause forbidding her from live-tweeting The Conners?

18 | Nashville fans: Did CMT spoil the surprise of Connie Britton’s return with that not-blurry-enough series finale promo a few weeks back? And roughly how many times has Deacon fixed Scarlett’s sink over the years, would you say? 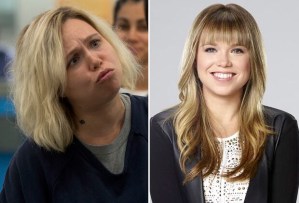 19 | In Orange Is the New Black Episode 1, which of Suzanne’s imagination sequences did you find most amusing: the channel surfing sequence featuring shows with all the inmates, or the entire psych ward dancing to “Cha-Cha Slide”? And how long did it take you to realize that newly introduced inmate Badison is played by Last Man Standing daughter Amanda Fuller?