THE PERFORMANCE | Wanna see a perfect example of a character accepting a horrible fate? Look no further than this week’s The Handmaid’s Tale, in which Moss took her June somewhere we’d never before witnessed: a point devoid of hope. It was devastating. Moss was mesmerizing.

We’ve honored Moss in this space before, for her talent in bringing June/Offred’s deeply buried hope to the surface in Season 1. The actress’ massive talent was equally on display this week as June came to the understanding that she’d likely never escape the deeply misogynistic, incredibly unjust rule of Gilead. The realization unfolded slowly over the course of the hour, the uncertainty reflected in Moss’ body language as she went from defiantly standing up to Aunt Lydia at the Red Center to curling around her pregnant belly in her room at the Waterfords.

The pinnacle of the hour for Moss was the absolute nadir for June: the moment Aunt Lydia brought her to see the hanged body of the man who’d tried to help her escape. June crumbled under the weight of her guilt, Moss making the character whimper and cling to Lydia — a woman she hates — as a sign of how bereft she’d become. Throughout the scene (and the series, for that matter), Moss has allowed June’s smartass spark to shine through, even around the darkest moments. But here, she played the character as though all the fight had left her, possibly for good.

Indeed, by the time we watched June glide by Nick, mindlessly commenting on the weather, the loss felt complete: Moss’ face was pleasantly blank, her frame relaxed, her voice light. June was done challenging the horrors around her, and everything about the actress communicated one idea: Gilead had won. (Let’s hope it’s just for now.) 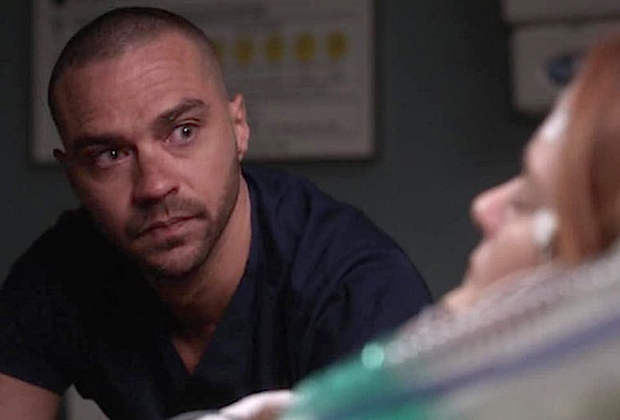 HONORABLE MENTION | Jesse Williams‘ performance in Thursday’s Grey’s Anatomy was nothing short of miraculous. From the moment Jackson learned that April was fighting for her life, the actor, in essence, became the audience, expressing the horror and rage that we couldn’t. When at last his former wife’s heart resumed beating, Williams wore the expression of someone who’d for the first time glimpsed heaven. But his best was yet to come. Fearing Harriet’s mother was brain-dead, Jackson sat at her bedside and, though furious with the God she so loved, willed himself to share her belief. “I’ll do anything,” he pleaded, Williams letting his character’s anger give way to fear. “Just don’t take her away, OK?” After a scene that moving, how could He? 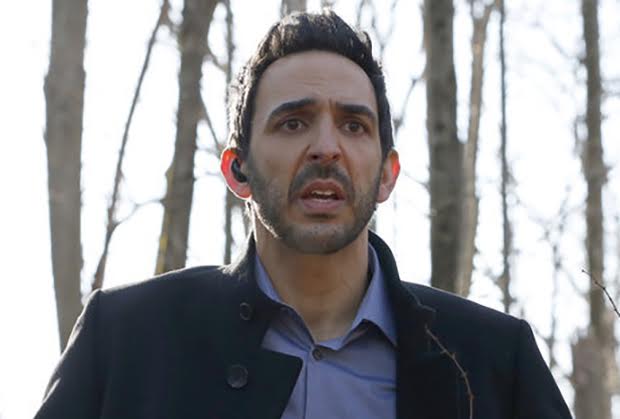 HONORABLE MENTION | Though The Blacklist is typically anchored by Liz and Red’s tumultuous relationship, the NBC drama shifted focus this week to Samar and Aram’s ongoing love story. The result? A lovely showcase for Amir Arison, who so sensitively portrayed Aram’s desperation and hope while on the search for an abducted Samar. All at once, Aram was fiercely determined to find his love and completely terrified he would never locate her — a tricky balance that Arison nailed. But the highlight of the episode came in its final minutes, when Aram sweetly proposed to Samar at her hospital bedside. Arison’s performance was so sincere, so tender, that we nearly changed the channel to give these two some privacy. 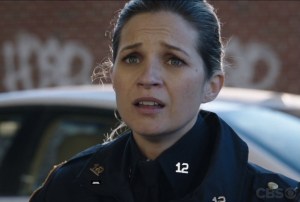 HONORABLE MENTION | You had to wonder how Blue Bloods would signal that it was time for Jamie and Eddie to be partners in every sense of the word, after much teasing. But with one look at her face, Vanessa Ray let us know. “Jamie… it’s like I heard a voice, I swear to God,” Eddie explained moments after saving Jamie’s life, Ray’s eyes communicating an irreversible enlightenment; Eddie never looked at Jamie like this before. “I knew you were in trouble before you even were. Like, I was warned.” Then, as Eddie sat for her first Reagan family dinner, Ray warmly recited ersatz “vows,” showed resolve when Frank aimed to split up the NYPD partners, and left us with a dash of pluck as she thanked “Dad” for welcoming her to the family.

Which performance(s) knocked your socks off this week? Tell us in the comments!